THE Fourth of July firework that killed Columbus Blue Jackets goalie Matiss Kivlenieks was legal in Michigan and was blasted in compliance with state laws.

NHL ice hockey star Kivlenieks had been sat in a hot tub during a large gathering at home in Novi when he was hit the chest by a nine-shot firework at about 10pm Sunday. 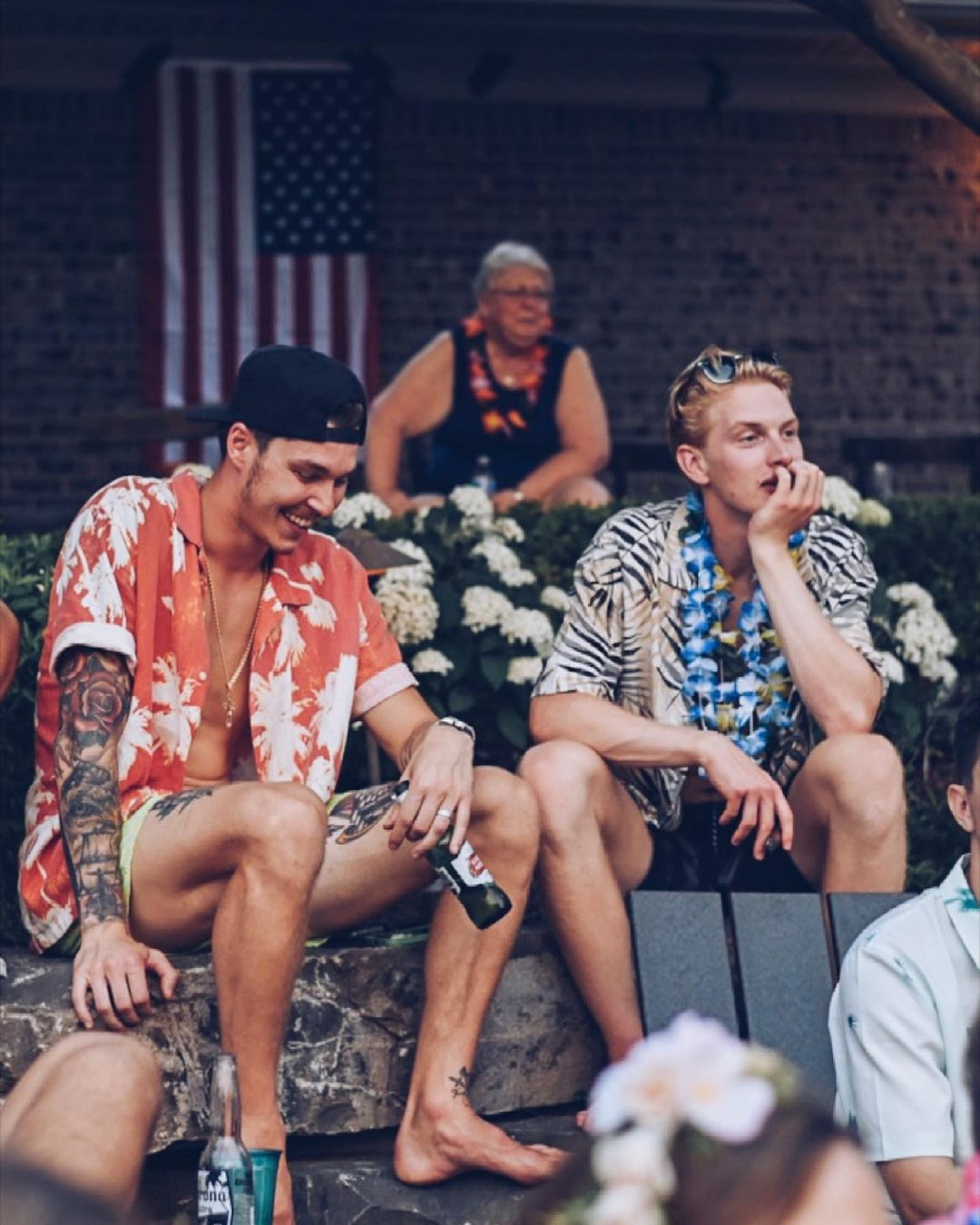 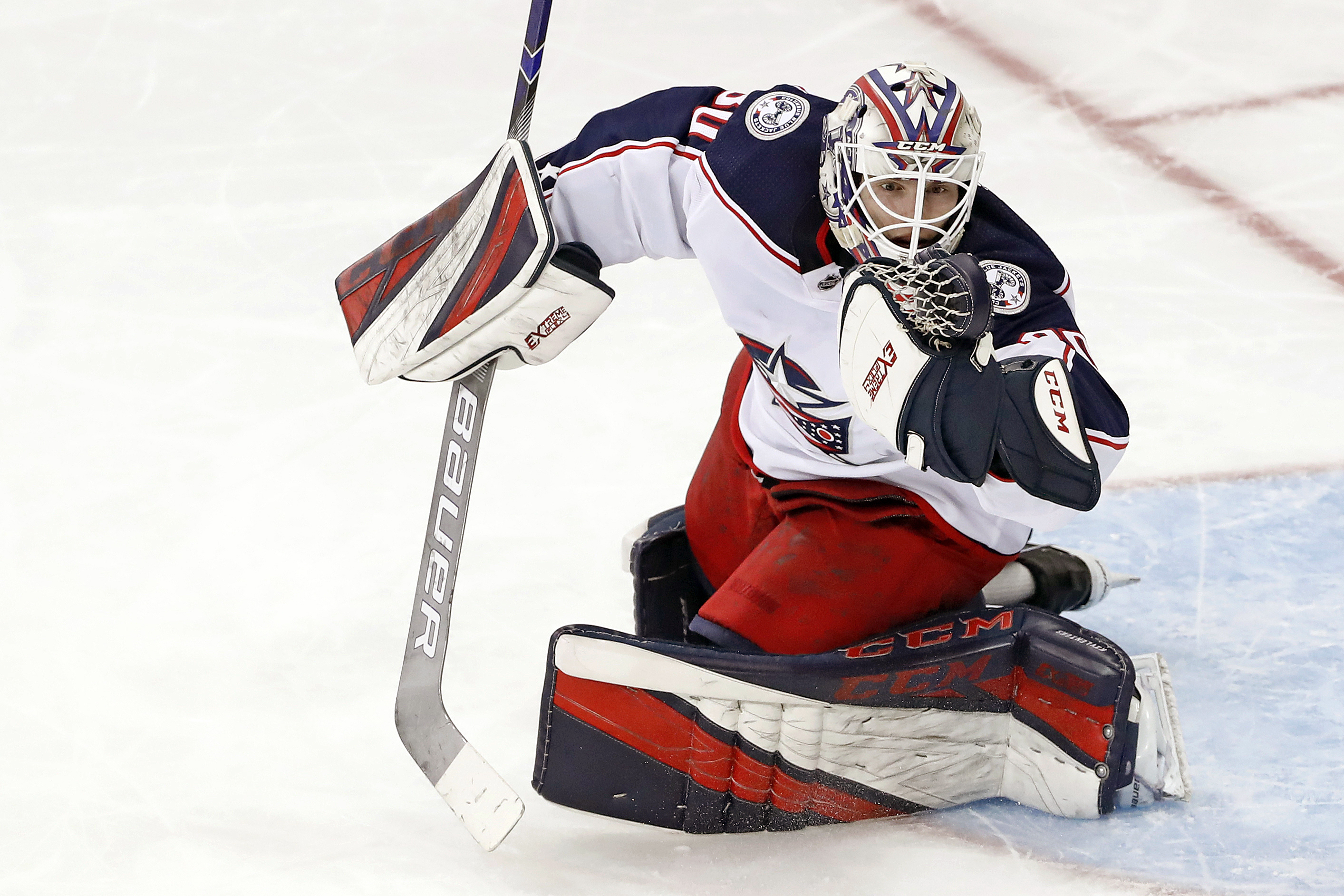 Cops say the mortar-style firework tilted slightly and started to fire toward a group of people who attempted to flee.

Kivlenieks, 24, was tragically hit, however,and he was taken hospital where he was pronounced dead shortly after arriving.

Lt. Jason Meier said the "fireworks had not been going on for very long" when the goalie was struck at the home, about 28 miles northwest of Detroit.

He added that the firework being used was legal in Michigan, and that the person operating it at the time stuck to state laws.

“We understand he was training with the homeowner for the summer and was staying there,” Meier said.

“When we’re done, we’ll review with the prosecutor’s office to cover all the bases." 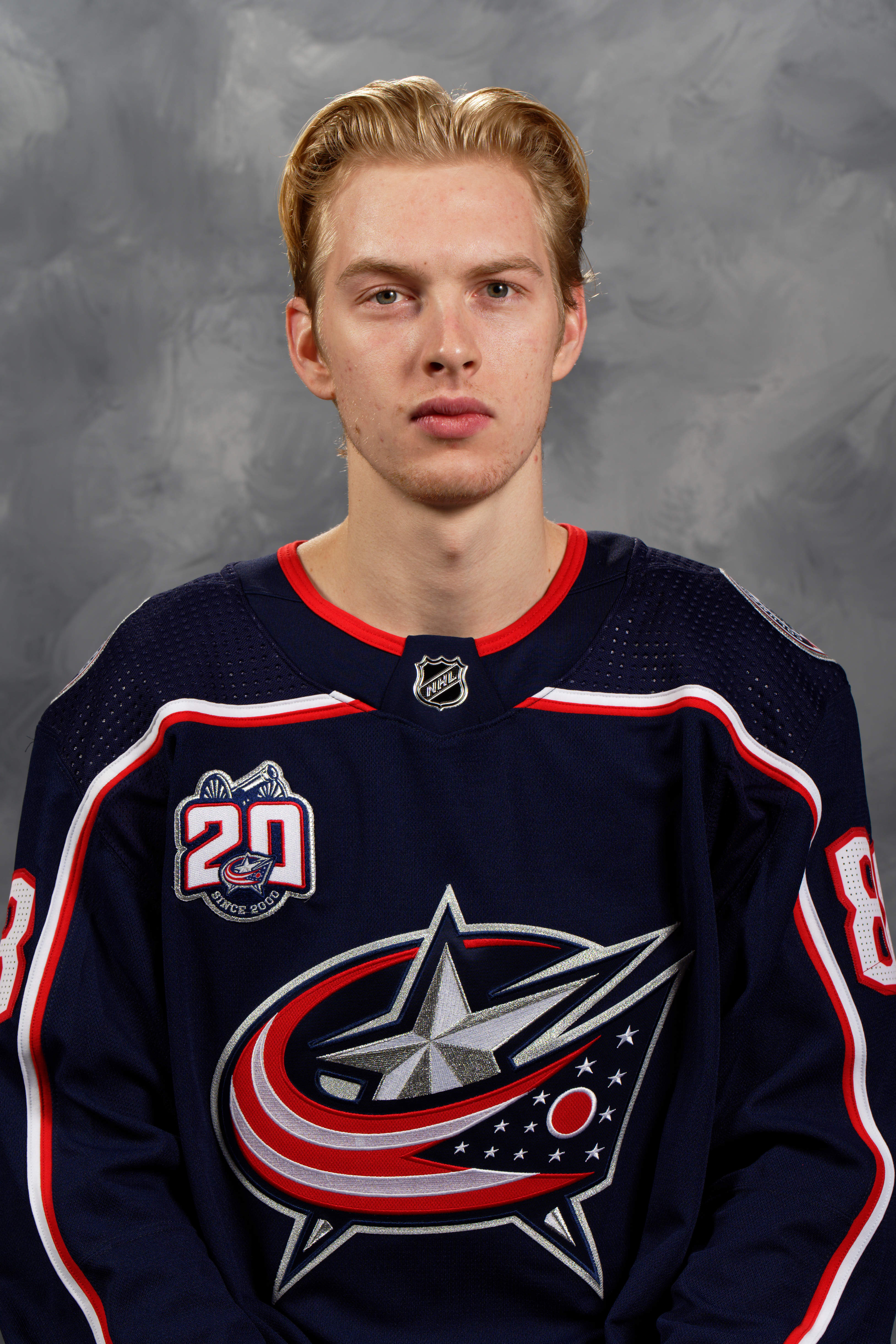 It comes after it was revealed a woman told 911 that the goaltender was "getting ready to go into convulsions" after he was fatally hit.

The call was one of three released on Tuesday in connection with Kivlenieks’ death, which police are investigating as an accident.

Another female caller said: "Hey, we have someone who was hit by a fireworks. Can you come here immediately? He’s breathing. We have a nurse here. He’s breathing, but he’s not doing very good."

Following the news, fellow players and fans rushed to share their condolences to the young player.

One friend shared an anecdote in a Facebook post of his time in school with the goaltender. 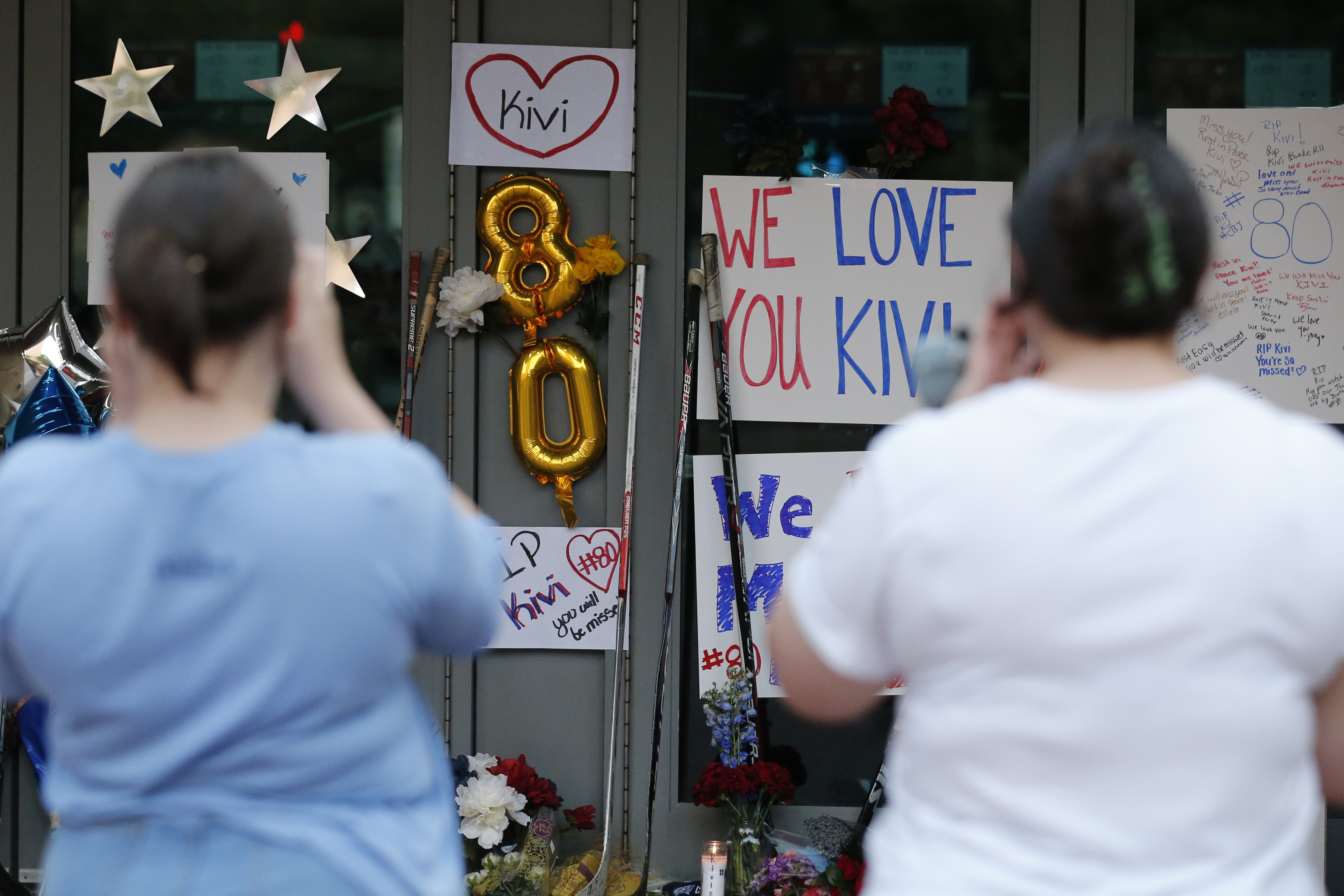 "When I first met Matīss in 1st grade, I asked him to fill out my diary. One of the questions was 'your dream profession' to which Matīss replied: goalie in the NHL," Lukasevskis wrote. "He was just 7 years old when he knew exactly what he wants to achieve with his life."

Columbus general manager Jarmo Kekalainen tweeted: “Life is so precious and can be so fragile. Hug your loved ones today. RIP Matiss, you will be dearly missed.” Blue Jackets president of hockey operations John Davidson called it a “devastating time” for the team.

“Kivi was an outstanding young man who greeted every day and everyone with a smile and the impact he had during his four years with our organization will not be forgotten,” he said.

“What a tragic loss for all of us who knew him and I am thinking and praying for his family,” former Blue Jackets captain Nick Foligno tweeted. “Heaven gained a darn good goalie and better person… Just, way too soon.”

In a statement, the Columbus Blue Jackets said: "It’s with a very heavy heart that we share the news that goaltender Matiss Kivlenieks passed away last night at the age of 24.

"We are heartbroken. Please keep his family in your thoughts and prayers. Rest in peace, Kivi."

Kivlenieks’ death came on the eve of Game 4 of the Stanley Cup Final in Montreal, where the Tampa Bay Lightning had a chance to clinch the championship against the Canadiens on Monday night. 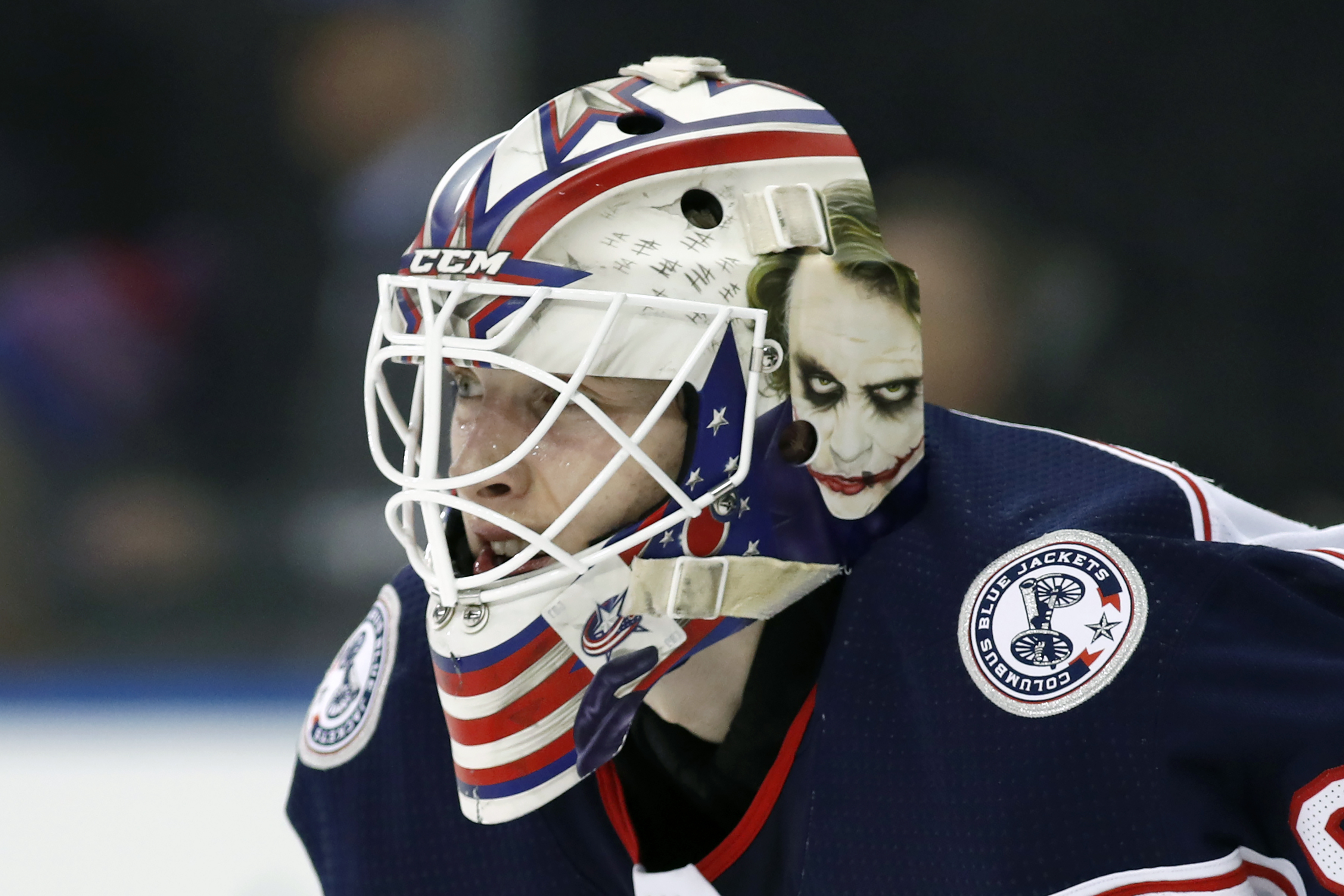 The goalie signed with the team as a free agent in May 2017 and made his NHL debut at Madison Square Garden just last year.

He also represented his home country of Lativa at several international tournaments, including the Ice Hockey World Championships this spring.

Fireworks-related death and injuries are on a rise, according to a report released in June by the US Consumer Product Safety Commission.

It found 15,600 people were treated in hospital emergency departments for fireworks-related injuries in 2020 compared to about 10,000 in 2019.

In its 2020 Fireworks Annual Report, the agency said its staff received reports of 18 non-occupational deaths last year in the United States. Of that number, 12 involved the misuse of fireworks.

In Michigan, consumer fireworks must meet CPSC standards. Licensed facilities only can sell fireworks to people 18 and older.

Low-impact fireworks like sparklers, toy snakes, snaps, and poppers are also legal for sale and use.

State law stipulates that consumer-grade fireworks only can be ignited from personal property.

It’s also illegal to discharge fireworks when intoxicated or under the influence of drugs.