Guests at Boris and Carrie Johnson’s wedding party are set to dine in style on South African street food at the Cotswolds retreat of Tory mega-donor Lord Bamford today.

Caterers from eco-friendly BBQ eatery Smoke and Braai were spotted setting up shop on the grounds at Daylesford House on Friday in advance of the fanfare.

Around 200 guests including a dozen Conservative MPs will gather at the idyllic, Gloucestershire Grade I-listed mansion for drinks from 5.30pm. 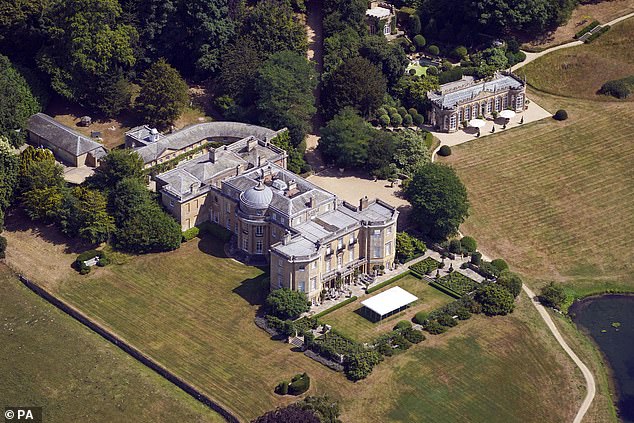 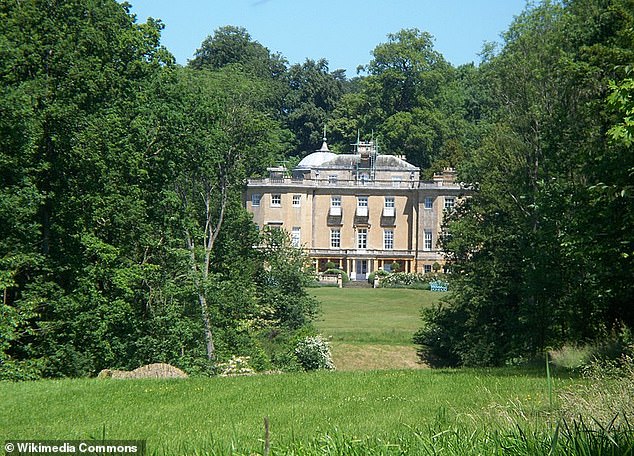 Grass-fed locally sourced meat will be the mainstay of the food menu in line with Mrs Johnson’s well-known commitment to green causes, The Telegraph reported.

At least three street food outlets were pictured arriving at the gorgeous countryside manor house on Friday afternoon, with helicopters heard amassing above. 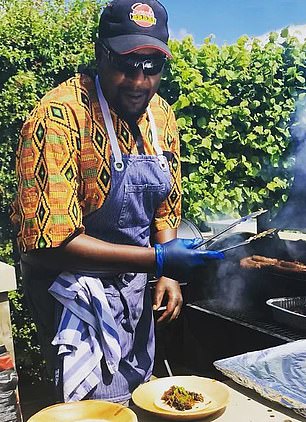 The prime minister, 58, and Carrie, 34, held a small private ceremony at a church in Westminster during Covid.

It’s thought they have been hoping to celebrate their wedding in style for some time, with a succession of political crises forcing repeated postponements.

Daylesford House is the 18th-century home of Lord Bamford, 76, the founder of construction giant JCB and one of the Conservative party’s most prolific donors.

The billionaire Bamfords, who gave £4million to the party in the run-up to the 2019 general election, after handing £100,000 to the Vote Leave campaign, stepped in to fill hosting duties after furore surrounded the Johnsons’ prior plans to hold their wedding party at Chequers.

South Africa’s answer to the barbecue, a braai is typically the setting for an hours-long cookout in which all are welcome.

The news follows the installation earlier this week of a giant marquee at the 1,500-acre site, with a giant heart etched in the surrounding grounds.

Downing Street has refused to comment on the occasion, stating it does not discuss private events which do not involve taxpayer funds or ministerial declarations. 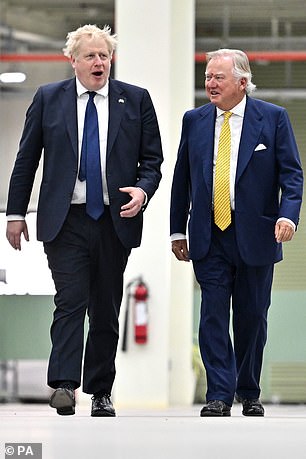 Johnson (left) with Lord Bamford (right), chairman of JCB, at a new JCB factory in Vadodara, Gujarat in April this year

Boris Johnson made his headline-grabbing Brexit stunt at the factory as part of his general election bid in 2019.

The global digger manufacturer paid him £10,000 just three days before he smashed through a brick wall in a JCB digger.

Beyond politics, the Bamfords hold sway with a long list of British elites, including their friends the Prince of Wales and Duchess of Cornwall.

Lady Bamford, whose precise age is unknown, sits on JCB’s board of directors and was awarded in OBE in 2006 for services to children and families.

They have four children and a haul of houses around the world in addition to a prolific car collection worth tens of millions of pounds.