University nursing graduate, 36, killed herself by taking overdose of anti anxiety pills after binge drinking to cope with bouts of depression

A university nursing graduate has killed herself by taking an overdose of anti anxiety pills after binge drinking to cope with bouts of depression.

Heidi Sharples, 36, was found dead in her bedroom at her home in Cheshire on August 23 last year by her sister Amy after sending a message to their mother saying: ‘You can come and pick up my body.’

A worker from an alcohol treatment centre that Ms Sharples attended said she had just gone through a relationship break up.

Tests showed she had taken a fatal overdose of anti-anxiety medication. An empty 70 cl bottle of vodka and packets of tablets were found next to her.

Although Ms Sharples wasn’t dependent on alcohol she was known to drink up to three bottles of wine in a single sitting about once a month to mask her bouts of ‘manic’ anxiety. 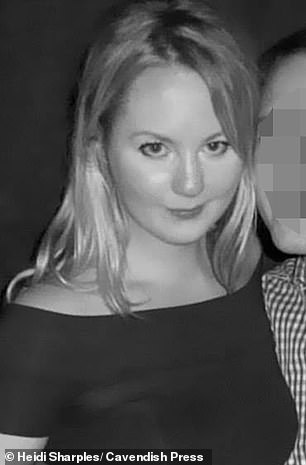 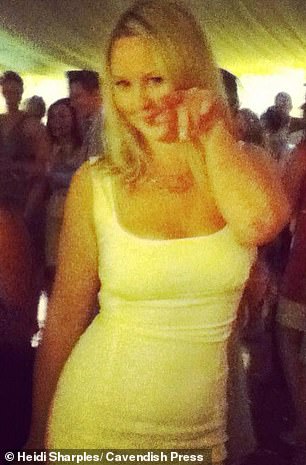 Heidi Sharples, 36, was found dead in her bedroom at her home in Cheshire on August 23 last year by her sister Amy after sending a message to their mother saying: ‘You can come and pick up my body’

She tried to hide her problems from friends and family and even carried out her own medical research into why she drank heavily. She was also offered, medication, acupuncture and mindfulness counselling.

The Warrington hearing was told Ms Sharples, who attended Manchester University, had a happy childhood but began to suffer bouts of depression after she moved to London.

Her mother Amanda said: ‘She was always the star and had so many friends. Everybody loved Heidi, except for herself.

‘When she moved to London, there was a dramatic change although we do not know what caused it. There were a hundred things that I thought it could be but it seems she did not really have anywhere to go. It was horrible.

‘In her between bouts of depression, Heidi was a picture of health and seemed perfectly normal.

‘But every so often, she started becoming a bit manic. That might last a day then she’d fall into despair and the only way she could block it out was to drink alcohol. It might last several days. 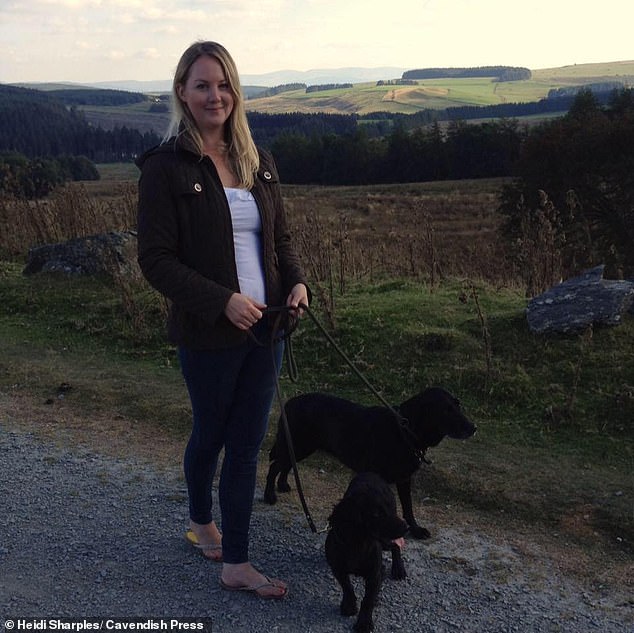 ‘When she knew that feeling was coming, alcohol was her medicine.’

She added: ‘Heidi is a consummate actress and can make people believe what they wanted to believe – not in a nasty way – just as if to say: ”I’m fine.”

‘She didn’t want any mental health problems but sometimes she did talk about not being here anymore and not wanting to be here anymore and often said it to get a reaction. She would say, ”You will be sorry when you are at standing at my funeral.”

‘Heidi was going through the same loop, over and over and I didn’t think there was any way of breaking this cycle.

‘The last time we had contact with Heidi was when she was moving out of her house to come to us. The day before she died there was lots of contact on the WhatsApp messages. I had said, ”Heidi, I’m coming tomorrow to get the things. Do not worry!” but she said: ”You can come and get them, and my body too!”

‘Heidi did her very best to hide what she was going through and never opened up about her times of torment. She would come out of the episode and be better. We thought, ”Great, she has turned a corner. It’s not going to happen again.” 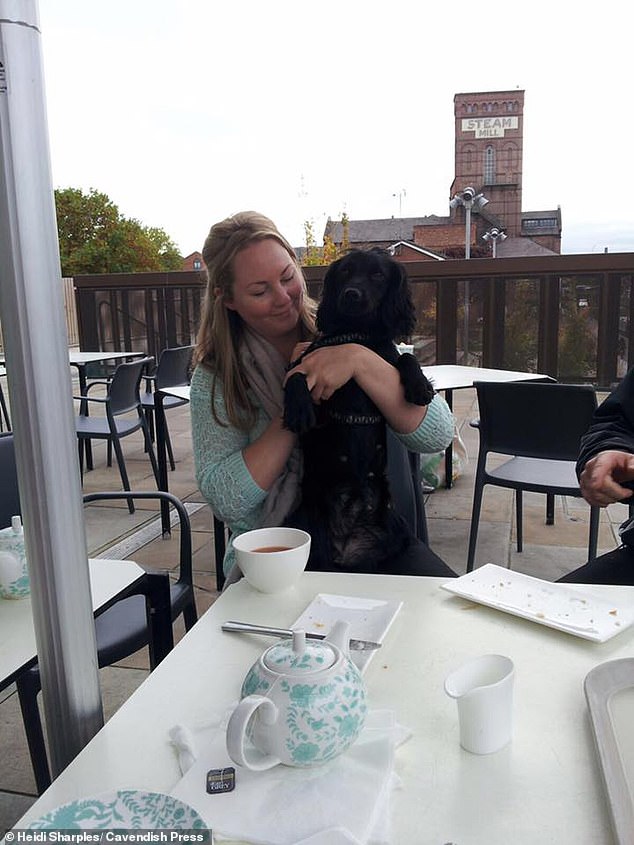 ‘But it was always did. We always had hope. She probably did as well. Then it came again. She wasn’t for this world, really. She was just too vulnerable. We couldn’t help her, but we tried.’

Ms Sharples’s father Alec, 63, who runs the family’s printing firm said: ‘Heidi would go to see the people who she knew would help her only when she was 100 per cent. Often, they couldn’t believe there was anything wrong with her.’

Rachel Axon, of New Beginnings alcohol treatment centre told the inquest: ‘Heidi said she was not a regular drinker, but she would binge with alcohol, two to three bottles of wine, once per month or less. She was prescribed medication for anxiety and was offered mindfulness and acupuncture.

‘She intended to start medication for her monthly cravings for alcohol but her engagement was sporadic. Her last contact was by telephone on August 20, 2020. She reported that she felt low mood after the breakdown of a relationship. ‘

Heidi’s GP Dr Nina Battersby said: ‘I found her an intelligent, insightful and self-reflective lady and she needed her story to be told. She would have numerous episodes of binge drinking. She described it to me as ”ridiculous” and said she hated herself. 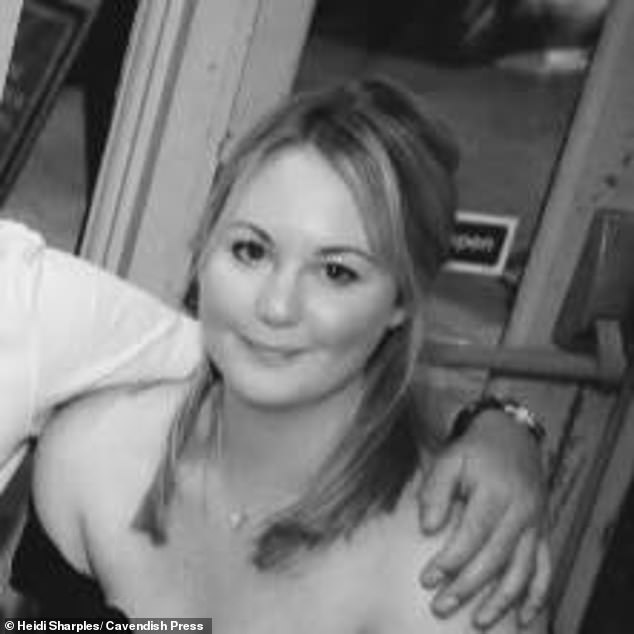 ‘She had this pattern of binge drinking, and then she’d be off for six weeks or so. She was remorseful about it but certainly had no suicidal tendencies. She was trying hard to think why she thought the way she did, why this pattern or loop was reoccurring and had even done her own research. But her alcohol abuse escalated.

‘She was drinking a lot more than previously, and she wanted to stop. She was drinking as a coping mechanism and she felt she was under a lot of stress. She said she had absolutely no wish to die. But when she was drinking, she wasn’t herself. She didn’t know what she wanted at that point. She recognised that she was impulsive and she denied being suicidal.’

Recording a conclusion of suicide coroner Alan Moore said: ‘Heidi’s GP described her as intelligent, insightful and self-reflective. She made it clear Heidi was not an alcoholic and not alcohol dependent, but had a problem with alcohol for sure in as much as she would binge drink and used alcohol to medicate in episodes of anxiety and depression.

‘According to Heidi’s parents, she behaved perfectly normally in between bouts of depression. Heidi would be manic for a few days and then fell into a period of despair. She used alcohol to block it out.

‘Heidi’s parents said she could make people believe what they wanted to believe and not everybody would be very clear what Heidi was feeling and what was going on in her mind. Heidi also left a note that I have also seen and read but I have deliberately not read it out in court. However it’s clear from that note she had indicated intent to end her life.’

For confidential support call Samaritans on 116 123. Or visit www.samaritans.org