The motto of the Tokyo Games is “faster, higher, stronger – together,” but I’m tuning in to the broadcasts feeling somewhat slower, lower, weaker and alone. (I write this as Victorians are poised to emerge from lockdown – and into the now-familiar post-lockdown depression. NSW, meanwhile, will likely be hibernating for the duration of what passes for winter up there.)

Nor does the Orwellian messaging help matters: the Games’ logo insists I’m witnessing “Tokyo 2020″. After the massive fortune spent on sponsorship, and half a decade of rigorous planning, Games organisers weren’t about to change the branding after last year’s postponement. At times I find myself imagining it’s true, and we are in fact in 2020 and the past apocalyptic 18 months played out in an alternate universe. 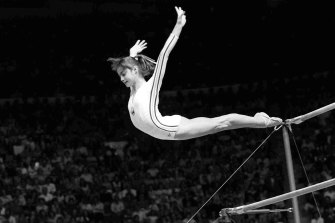 Nadia Comaneci, of Romania, dismounts from the uneven parallel bars during a perfect “10” performance at Montreal, 1976.Credit:AP

The earliest Olympics etched in my memory is Montreal, 1976. My parents had pulled me out of school for a European adventure. We were in Flachau, a postcard-worthy Austrian village of balconies adorned with potted geraniums and petunias. It was summer and it was raining. Relentlessly. We were effectively in lockdown. Nothing else to do but watch the Games in the hotel lobby.

The children of other marooned families taught me to count to 10 in German, which I’ve remembered ever since. Most of all, I recall being mesmerised as 14-year-old Romanian gymnast Nadia Comaneci, half girl, half supernatural being, broke the charts on the uneven bars, ponytail swaying wildly, limbs all but elastic.

This year, historian Stejarel Olaru published a book documenting Comaneci’s mistreatment at the hands of her coach and her country’s brutal regime.

The regimes of the former Soviet bloc have mostly crumbled, but their legacies live on in the respective countries’ disproportionately large Olympic contingents. Russia itself is under a doping ban, which means its athletes are banned from using their country’s name, flag and anthem. 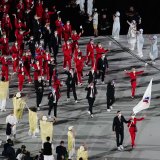 Except that the athletes are competing as the Russian Olympic Committee. And their uniforms feature the national colours, white, blue and red. And the gold medallists will stand on a podium to hear Pyotr Tchaikovsky’s Piano Concerto No 1, the cultural associations of which I’ll leave to the musicologists, but, in all, humiliating deterrence these measures are not.

Vladimir Putin and his lapdogs in the Russian media say the Olympics should not be politicised – and then denounce the doping ban as a tool of geopolitics, “just like Eurovision”.

A potent weapon in geopolitics, terrorism is, by definition, unsporting. If there was a gold medal for terrorist atrocity, the killing of 11 Israeli athletes at the 1972 Munich Olympics by Palestinian gunmen from the Black September Group would be a formidable contender. 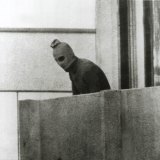 The slaughter over, the Games played on and in the intervening years the International Olympic Committee repeatedly rejected calls for a minute’s silence to honour the victims. In 2012, the IOC President said such a commemoration would be “inappropriate” at the London Games.

The Tokyo Games are a different story, it seems: the murdered athletes honoured for the first time with a minute’s silence. I’m curious about the change of heart, but reckon better nearly 50 years late than never.

At the opening ceremony, the gloom feels thick at first; the parade of masked, wide-eyed athletes, the empty spectators’ seats that negate any sense of occasion. Tongan Pita Taufatofua’s wears his national pride on his oiled and rippling chest.

The typically swaggering and exuberant US team are clapped on by Jill Biden: imagine who’d be clapping them on if it really was 2020! Slowly, my spirits lift.

Six athletes, and COVID frontline battlers, carry the Olympic flag – five representing each continent, one representing the Olympic refugee team. The European representative is an Italian of Nigerian descent. The refugee representative, a Cameroonian with the statesman-like name Cyrille Fagat Tchatchet II, sought asylum in the UK in 2014. He graduated with first-class honours in mental health nursing, and I imagine, perspective. 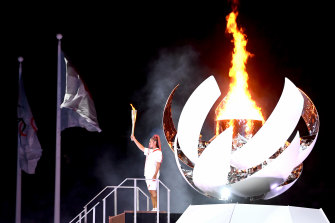 The half-Haitian, half-Japanese tennis superstar Naomi Osaka – known as a mixed-race “haafu” in her monocultural and sometimes ethno-purist country of birth – lights the cauldron. With red-boxed braids, she herself resembles a flame. I go to bed feeling the world’s a slightly better place than it had been that morning.

If you’re wondering when I’m going to start cheering Team Australia, I’m buoyed as the next citizen about our accumulating medals bounty. But while another gold in the pool for Australia, or the US, can be coolly regarded as a due return on investment, for Tunisia, Ahmed Hafnaoui’s win in the 400m freestyle – the nation’s second-ever gold medal in swimming – is a nation-building shot in the arm.

And while I am cheering Team Australia, as a student of human nature, I often find failure more instructive than success, so Ash Barty and Stephanie Gilmore’s shock losses in tennis and surfing respectively drive home valuable lessons about how the weight of expectation can crush and success curse, while the underdog can find themselves liberated by struggle.

Even more than that the Games are reminding me that although I cannot imbibe it, the rest of the world still exists and cheesy as it sounds, hope springs eternal.