One motorist convicted of driving while distracted NINE times

One motorist was convicted of driving while distracted NINE times in past four years with total of 90,057 drivers committing the offence, figures show

A motorist was caught driving while distracted nine times in the past four years – with a total of 90,057 drivers committing the offence, new figures show.

The person, who has not been identified, was among 932 British drivers convicted for the offence more than once over during that period.

Figures obtained by the PA news agency revealed 27 drivers were caught between three and five times, 904 caught twice and a total of 90,057 drivers who were captured committing the offence once.

The statistics, released by the Driver and Vehicle Licensing Agency (DVLA) in response to a Freedom of Information request, are a snapshot of the number of CU80 endorsements on driving records on November 13. 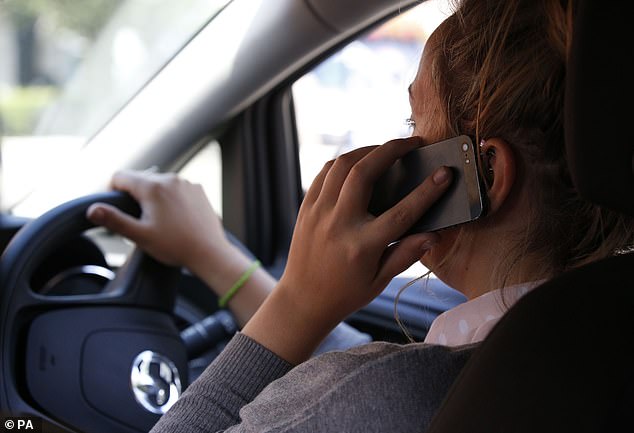 A motorist was caught driving whilst using a mobile phone nine times in the past four years – with a total of 90,057 drivers committing the offence, new figures show (file image) 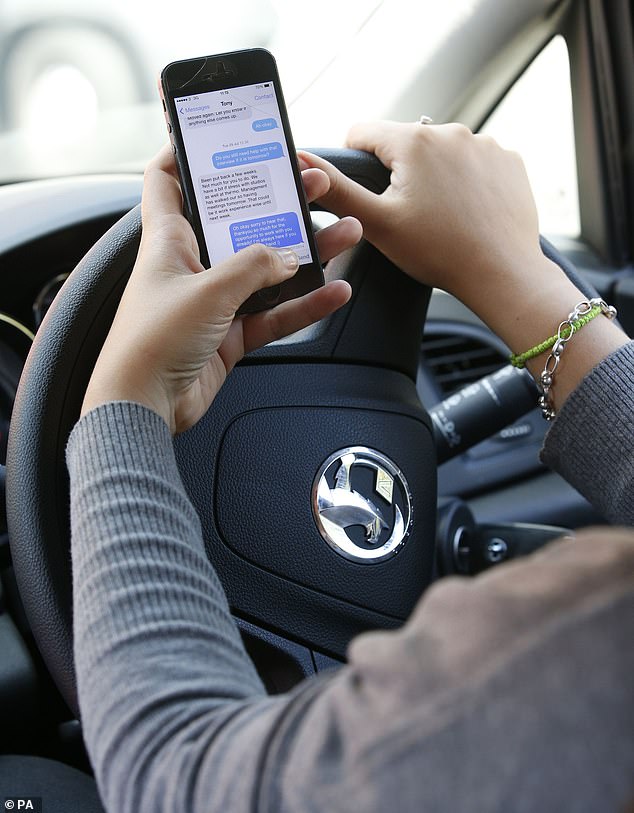 The person, who has not been identified, was among 932 British drivers convicted for the offence more than once over during that period (file image)

The endorsements are given to drivers convicted of not being in full control of their vehicle, such as by using a phone illegally, looking at things happening outside your car or reading a sat nav.

Jason Wakeford, head of campaigns at road safety charity Brake, said: ‘Driving is one of the most dangerous things we do on a daily basis, and requires full concentration to do so safely.

‘It’s alarming to see repeat offenders, who have had ample opportunity to change their behaviour, still on the roads and putting other people at risk.

‘We believe that drivers who regularly disregard the law should have their licences revoked. This would help save lives, prevent needless injuries, and send a clear signal that driving is a privilege and not a right.’

‘Sadly, these figures demonstrate that far too many drivers are still breaking the law and putting others on the road needlessly at risk.

‘Worryingly, the RAC’s research shows that a quarter of drivers are still making or receiving calls with a handheld phone while driving, and incredibly a small but sizeable proportion even admit to filming videos or playing games at the wheel.’ 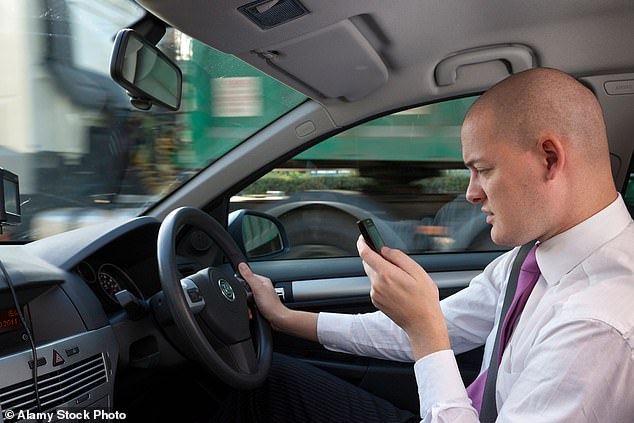 Most drivers are disqualified for at least six months through the totting up process if they accrue 12 or more points within three years.

But courts have discretion to allow offenders to keep driving if they are able to prove extenuating circumstances, including when a ban would cause extreme financial hardship.

CU80s remain on driving records for four years from the date of the offence.

Number of CU80 endorsements on driving records on November 13:

The DVLA said just 506 of the 90,989 motorists with the endorsements were disqualified because of it.

It has not been revealed whether the person with nine CU80s was among those banned.

Separate Department for Transport statistics show 17 people were killed and 114 were seriously injured in crashes on Britain’s roads in 2020 involving a driver using a mobile phone.

More than one in six were either a pedestrian or a cyclist, highlighting the threat posed to vulnerable road users from drivers preoccupied by phones.

Carol Boardman, the 75-year-old mother of Olympic cycling gold medallist Chris Boardman, died in July 2016 when she was hit by a pick-up truck whose driver had ended a call on his mobile seconds earlier.

She had fallen off her bike on a mini-roundabout in Connah’s Quay, North Wales.

Mr Boardman, who is a policy adviser at governing body British Cycling, said: ‘Using a phone while driving is not a mistake, it is a choice, and one that is resulting in needless death and life-changing injury.

‘If people feel it’s okay to text or phone while driving then surely it’s time to start taking these selfish, dangerous drivers off the road permanently.’

Under current UK laws, drivers are banned from texting or making a phone call with a handheld device, other than in an emergency.

Tougher rules prohibiting people from taking photos or videos, scrolling through playlists or playing games on their phones when driving will be introduced next year.