One of Scotland's richest women CAN turn Highland estate into resort

One of Scotland’s richest women has got the green light for plans to open up her Highland retreat as an outdoor holiday resort.

Dame Ann Gloag, who is worth around £730million, bought the 11th century Beaufort Castle from Lord Lovat in 1994.

Despite local protests, the Stagecoach founder has been given the go-ahead for her holiday resort at the estate, which includes 50 bespoke holiday cabins.

She also wants to build a glamping field, small retail area and café on her land near Beauly in the Scottish Highlands.

Dame Ann has been in a battle with locals since September 2019 – when she first unveiled her plans. Dame Ann Gloag, who is worth around £730million, bought the 11th century Beaufort Castle (pictured) from Lord Lovat in 1994 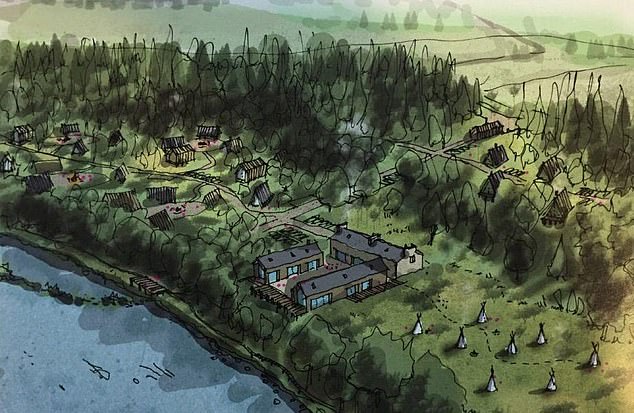 Ann Gloag, a trained nurse, has previously told how she amassed her wealth by ‘fighting for survival’.

Before her business career, she worked as a unit sister in Bridge of Earn Hospital, Perthshire, where she met her future husband, Robin Gloag, while he was a patient.

By the 1970s, the couple were running a small caravan sales business. But, after 20 years in nursing, Mrs Gloag branched out. 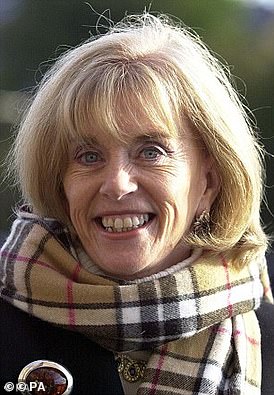 Ann Gloag, a trained nurse, has previously told how she amassed her wealth by ‘fighting for survival’

The couple, along with Mrs Gloag’s brother Brian Soutar, now chairman of Stagecoach, bought a bus for £425. Their intention was to take the trip of a lifetime to China but the plan failed through visa problems.

Instead, the entrepreneurs were invited by a construction company to provide transport for workers travelling to building sites.

The brother and sister realised the potential and with their savings and their father’s timely redundancy payment of £25,000, they bought two more buses.

Stagecoach expanded from its limited Perthshire routes to offering cheap tickets between Dundee and London.

The venture took off and Stagecoach Group is now an international company operating buses, trains, trams and ferries.

Mrs Gloag served as a non-executive director until 2019. Her former husband Robin was killed in a car crash in December 2007 and she has been married to David McCleary since 1990.

At her 70th birthday party in 2012 she had 250 guests at her castle as well as live performances by legendary singer-songwriter Neil Sedaka and veteran Scots pop star Lulu.

Residents have been up in arms over the development, claiming it could cause traffic chaos on the banks of the River Beauly.

Steve Byford, chairman of Kilmorack Community Council, said the site will generate additional traffic on the roads resulting in ‘an accident waiting to happen’.

He added it was also ‘going to have an impact on local services’ and ‘road safety’ especially at a junction in Kiltarlity.

Another local stressed villages could become overwhelmed with too much tourist traffic.

But the Highland Council finally gave the 78-year-old tycoon’s project the green light – however have imposed a range of conditions.

Aird and Loch Ness councillor Margaret Davidson insisted the community must have a role in how the development progresses.

A liaison group will be set up so local voices can be heard on a number of issues, including road safety and securing a cycle route to Beauly.

Planners said the resort could bring in tourists and have a significant economic benefit to the area.

Under the plans, the lodges would also be arranged around a courtyard housing a cafe, retail and admin space and a camping wash house.

It would also include ‘looser, more creative structures which would respond directly to the colour, shadow and sculptural forms created by the living woodland.’

Fire pits would also be created, to recreate a traditional outdoor camping experience.

Agent Savills said the development will address unmet demand for visitor accommodation in the area and generate economic benefits locally.

Representative Angus Dodds explained: ‘Our client is hoping to bring forward a development which will meet a latent demand from a growing number of visitors to the local area.

‘The emerging proposals take inspiration from the surrounding woodland and the landscape and historical context of the site.’

The earliest mention of the site, as Downie or Dounie Castle, occurs in the reign of Alexander I (1106-1124) of Scotland.

The original castle was built by the Byset family and came into the hands of the Frasers of Lovat in the late 13th century.

But the present castle was built in 1882 and was bought by the Gloag family after the Frasers decided to sell up.

Dame Ann founded the Stagecoach Group in 1980 with her brother, Brian Souter, and her first husband, Robin Gloag.

She was made a dame in 2019 for her extensive business and charitable work in the UK and overseas.

She has also set up a property company – called Gloag Investment Group which is in charge of her Highland plans.

Dame Ann is also building an outdoor centre near her Perthshire estate Glassingall House – which has attracted controversy. 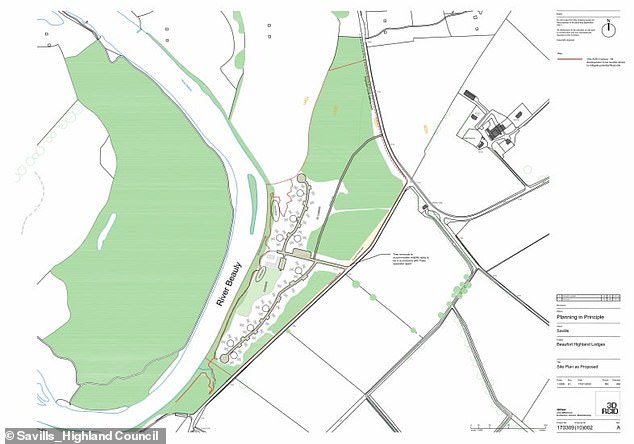 She also wants to build a glamping field, small retail area and café on her land near Beauly in the Scottish Highlands (pictured)

Investigations are being carried out by Stirling Council following its demolition last summer.

The property was built in the 18th century and is famous as the ‘House of Shaws’ in Robert Louis Stevenson’s story Kidnapped.

The famous Scottish author penned the book in 1886 and is said to have based the plot on the family that occupied Old Glassingall at the time.