Are the UK and EU inching towards a post-Brexit trade deal? Optimism grows after Downing Street welcomes ‘useful exchanges’ while Brussels says ‘the tide is turning’

Hopes of the UK and EU agreeing a post-Brexit trade deal have increased after Brussels said ‘the tide is turning’ and Downing Street welcomed recent ‘useful exchanges’ with the bloc.

Talks between the two sides have been deadlocked for months because of disagreements on key issues.

But there are now signs of progress being made with less than 100 days left until the end of the transition period.

Michel Barnier, the EU’s top negotiator, returned to Brussels from London this morning after another round of informal negotiations broke up without a major breakthrough.

However, hopes of a deal being struck are now higher than they have been for months ahead of formal talks resuming in Brussels next week. 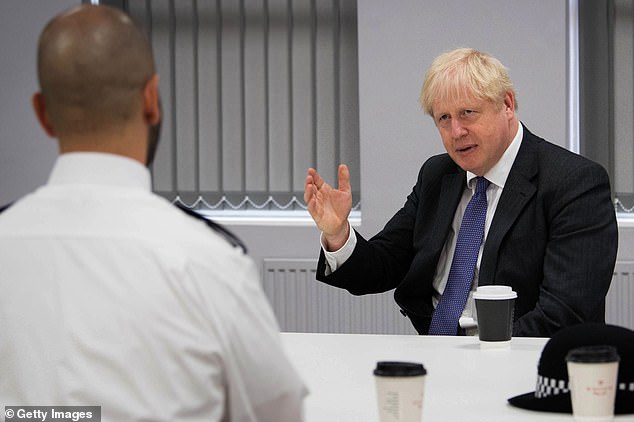 The Times reported overnight that there is ‘cautious but growing optimism in Whitehall’ that there will be a deal agreed this year.

The newspaper said there was now a ‘more positive attitude’ surrounding negotiations and ‘things are moving’ with a ‘deal is coming into view’.

Downing Street said at lunchtime there had been ‘useful exchanges’ with Brussels in recent weeks after being asked if Number 10 was now more optimistic a trade deal can be struck.

The Prime Minister’s deputy official spokesman said: ‘We’ve had useful exchanges with the EU over the past couple of weeks and progress has been made in certain areas.

‘The EU has now confirmed that normal processes will be followed on third country listings.

‘But we’ve always been clear that a number of challenging areas remain, which is why we continue to be committed to working hard to reach an agreement and we look forward to the next negotiating round in Brussels.’

The spokesman said that state aid and fisheries remain the main areas of contention.

The comments from Number 10 came after an EU official told Politico that ‘it seems like the tide is turning’. 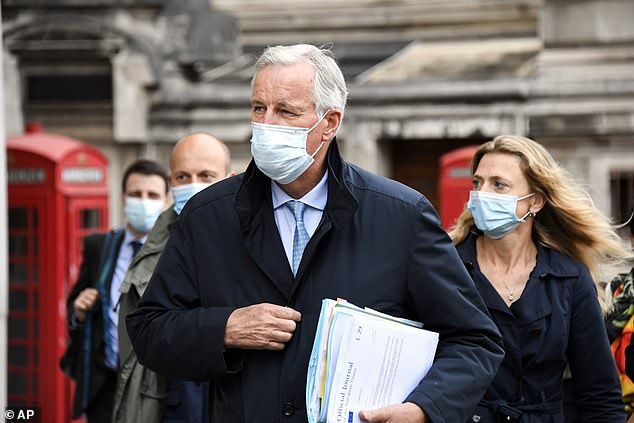 Relations between Britain and the bloc dipped to a new low in recent weeks after Boris Johnson published his plans to override parts of the Brexit divorce deal but tensions now appear to be easing.

It came as the British Retail Consortium warned shoppers will face higher prices for their weekly shop if the two sides fail to strike a free trade agreement.

The trade body said increased tariffs could add more than £3 billion annually to the cost of food and drink.

Number 10 said it remains committed to striking a ‘zero tariff, zero quota’ trade deal with the bloc and ‘avoiding tariffs is beneficial for both sides, particularly given our shared commitment to high standards’.