Oxfam failed to investigate the sexual abuse of children as young as 12 and ‘lost sight of its own values’, charities watchdog finds

Oxfam failed to investigate the sexual abuse of children as young as 12 and ‘lost sight of the values it stands for’, a charities watchdog inquiry found today.

The Charity Commission for England and Wales said there was a ‘culture of poor behaviour’ among Oxfam staff sent to help victims of the 2010 Haiti earthquake.

The report following an 18-month investigation also found serious allegations of wrongdoing including sexual abuse of children were not fully disclosed. 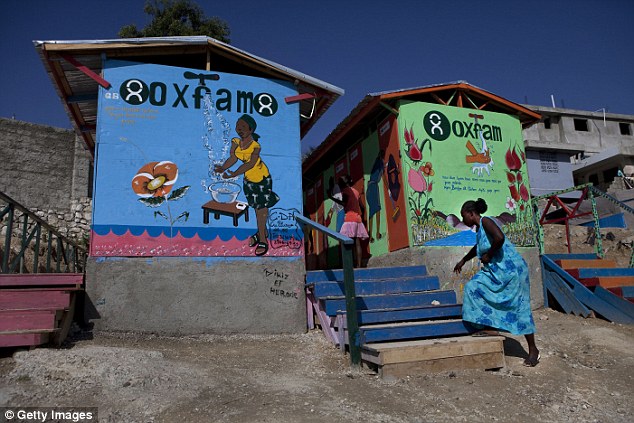 A latrine project led and financed by Oxfam at the tent camp where 55,000 displaced Haitians are living on the grounds of the former Club de Petionville in Port-au-Prince in January 2011

The commission said some of Oxfam’s organisation’s failings and shortcomings were mismanagement, prompting the regulator to issue it with an official warning.

The lengthy report found the charity failed to heed warnings – including from its own staff – that its culture and response to keeping people safe was inadequate.

The findings, which were published today, also claimed that subsequent commitments to improve safeguarding were not backed up by actions.

The commission said Oxfam failed to adequately investigate allegations that children as young as 12 or 13 were victims of sexual misconduct against a charity ‘boss’. 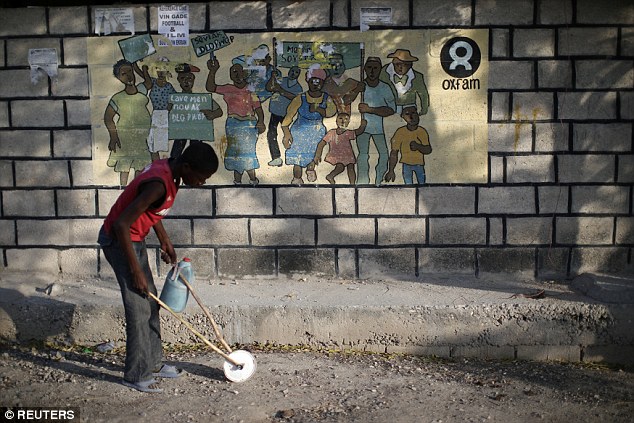 A boy playing with a homemade toy walks past an Oxfam sign in Corail, a camp for displaced people following the earthquake of 2010, on the outskirts of Port-au-Prince in February 2018

The report also said Oxfam did not report allegations of child abuse by charity staff in Haiti, and that senior staff implicated in sexual misconduct claims were dealt with more leniently than junior figures.

The 142-page report, which involved 34 interviews and around 7,000 pieces of evidence, investigated Oxfam’s conduct since 2012.

It found there were ‘systematic weaknesses’ in its attitude to safeguarding, and there was no up-to-date safeguarding strategy in place as recently as 2018.

This included weaknesses in human resources practices, including on vetting, referencing, recruitment and induction.

There was also a failure to consistently hold people to account for poor behaviour and to ensure robust and consistent action was taken, resulting in a culture of tolerance of poor behaviour, the regulator’s investigation concluded.

This was likely to have resulted in putting victims off speaking up.

The report found the risk to and impact on victims ‘appeared to take second place at times’ and was not taken seriously enough, and that victims, whistleblowers and staff who tried to raise concerns were let down.

Commission chief executive Helen Stephenson said: ‘What went wrong in Haiti did not happen in isolation.

‘Our inquiry demonstrates that, over a period of years, Oxfam’s internal culture tolerated poor behaviour, and at times lost sight of the values it stands for.’

She said ‘significant further cultural and systemic change’ is required at Oxfam – which has been under the leadership of new chief executive Dhananjayan Sriskandarajah since January – to address the failings and weaknesses.

Oxfam was plunged into crisis in February 2018 when it emerged that some of its workers engaged in ‘sex parties’ with prostitutes after the humanitarian disaster in the Caribbean country.

The commission launched its inquiry amid concerns Oxfam may not have fully and frankly disclosed material details about the allegations at the time in 2011, its handling of the incidents since, and the impact these have had on public trust and confidence.

The report said the incidents in Haiti identified in 2011 were not ‘one-offs’, with evidence of behavioural issues as early as June 2010.

Oxfam’s internal investigation, following allegations by a whistleblower in 2011, identified four staff who either did or were suspected of using prostitutes, including on charity residential premises.

The charity could not conclude whether minors were involved in some of the incidents, something the regulator said should have been looked into more closely. 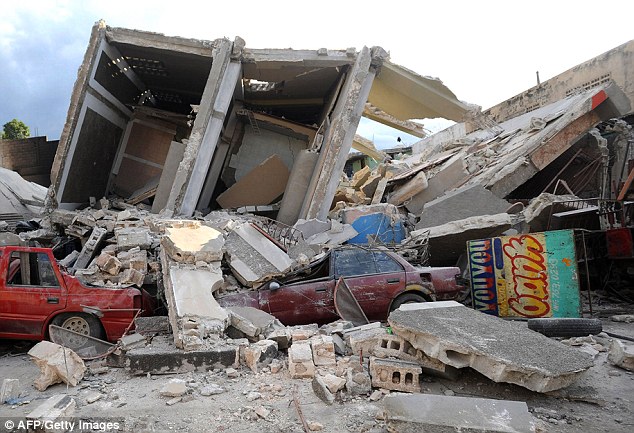 Ruins are seen after the massive earthquake that hit Port-au-Prince on January 13, 2010

Separately, two allegations of physical abuse, made by email from a 12-year-old and a 13-year-old girl, were ‘suspected’ not to be genuine by Oxfam at the time.

The commission said that despite there not being evidence to back up the allegations, Oxfam should have tried harder to substantiate the claims at the time.

The report, which also examines Oxfam’s conduct in the years after the Haiti allegations, found Oxfam failed to make sufficient ‘full and frank disclosures’ about allegations against the charity in 2011, but said there was no evidence of a cover-up.

The commission said it had exercised its legal powers and issued an official warning under the Charities Act on the grounds ‘there has been some areas of mismanagement in relation to Haiti and its safeguarding governance prior to 2018’.

It also instructed Oxfam trustees to submit an action plan to the regulator on how it will address concerns about its previous conduct, in an effort to ‘repair public trust and confidence’ in the charity. 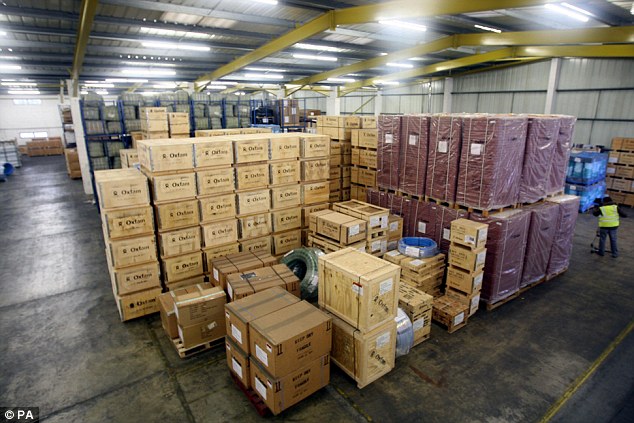 Oxfam loads up tons of aid and equipment in January 2010 at its warehouse in Bicester, Oxfordshire, which was later flown to Haiti following the devastating earthquake

Caroline Thomson, chair of trustees at Oxfam GB, said today: ‘What happened in Haiti was shameful and we are deeply sorry. It was a terrible abuse of power, and an affront to the values that Oxfam holds dear.’

‘The commission’s findings are very uncomfortable for Oxfam GB but we accept them.

‘We now know that the 2011 investigation and reporting of what happened in Haiti was flawed; more should have been done to establish whether minors were involved.

‘The decision to allow the Country Director to resign without a fuller investigation of his own conduct would not be permitted today, under our current policies and practices.

‘And while the commission makes clear that it found no record of a ‘cover-up,’ we accept that Oxfam GB should have been fuller and franker in its initial reporting of the allegations.’