Convicted paedophile and former TV weatherman Fred Talbot was pictured drinking alone in a pub just a mile away from the school where he abused some of his victims – 10 months after he was released from prison.

Former biology teacher Fred Talbot was convicted and jailed for five years in 2015 for indecently assaulting two pupils at Altrincham Grammar School for Boys in the 1970s and 1980s.

He given another four years in jail the following year after he it was discovered he had abused seven more boys during school camping trips in the same period. In 2017 he was convicted of an offence against a 10th victim, who was 19 at the time, and was handed an eight month prison term.

Serving less than half of his nine year sentence, Talbot, 70, was released in December last year.

Ten months on, he was spotted drinking alone in a pub as he tried to speak to other punters in Little Bollington, Cheshire, on Saturday afternoon. 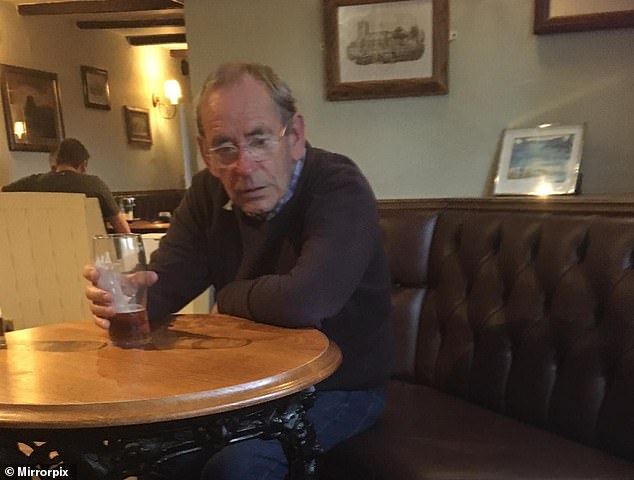 Disgraced former weatherman Fred Talbot was seen drinking at a pub in Cheshire on Saturday afternoon. Punters say the convicted paedophile looked like a ‘shadow of his former self’

One person who saw the disgraced former weatherman told the Daily Star: ‘He really has a nerve even showing his face around here. He should still be behind bars.’

Another punter described him as a ‘shadow of his former self’.

They added: ‘He was drinking pints and trying to chat to a couple of people but they didn’t want to know.’

In 2015 Talbot was convicted on ‘overwhelming and compelling’ evidence, including from Stone Roses frontman Ian Brown and a witness appearing over a video link from Australia. 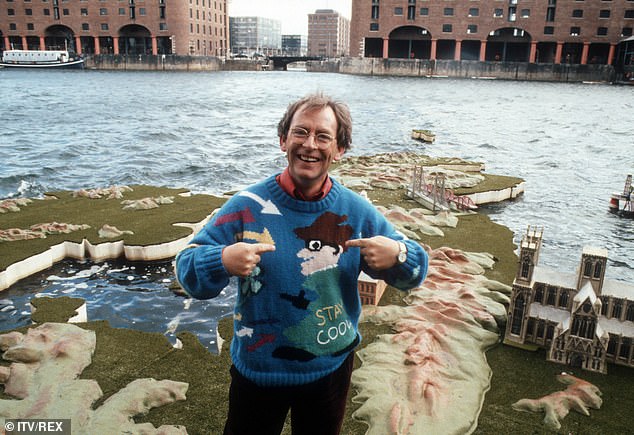 Tablot, once famous for presenting This Morning’s weather on a floating map of Britain, was jailed for indecently assaulting two boys at a school he taught in Altrincham. It was later revealed he had targeted seven other young victims as well as a 19-year-old man

One of his victims reacted with fury when the predator was freed.

The ex-pupil was just 14 when Talbot plied him with booze and abused him during a canal trip.

Talbot’s offences, against boys aged 15 to 17, took place between 1978 and 1981 during separate trips near the St Mary’s Loch area in Moffat, Dumfries and Galloway, and the Caledonian Canal, Inverness in the Highlands.

A series of witnesses, now men in their 50s who cannot be named for legal reasons, told of their excitement at going on the excursions – sometimes the first time away from their parents.

Many of them recalled how Talbot used his position to engineer situations to target those he should have been looking after.

The court heard the attacks could be at night when a victim was isolated or after they had consumed alcohol.

One man told of his ‘horror’ when he awoke – after being ‘singled out’ to go to the pub – to find Talbot touching him in a tent while partially-clothed. 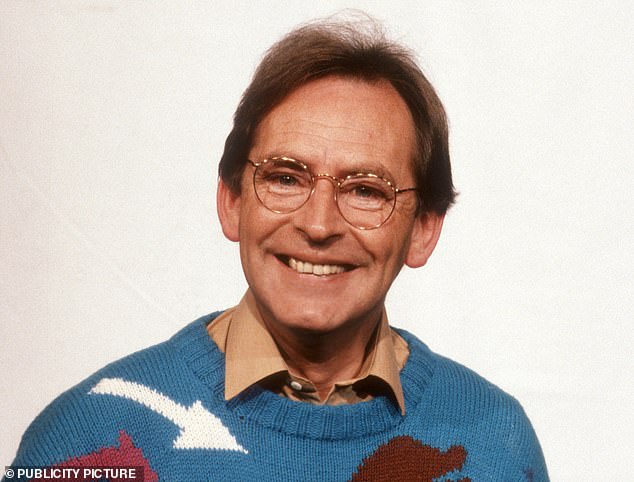 Despite serving less than half of his prison sentence, Talbot was released last December. One of his victim’s said at the time: ‘I’m angry he didn’t serve more time. I feel sick.’

In November 2017, the ex-This Morning presenter was hauled back to court where he admitted sexually assaulting a 19-year-old man he invited to a drink-fuelled fancy dress party in 1980.

The victim was sleeping over with other revellers at Talbot’s home in Bowdon, near Altrincham, Greater Manchester when he woke up to find the star naked and performing oral sex on him.

When he protested Talbot retorted: ‘It’s ok – close your eyes and pretend I’m your girlfriend.’