A shocking video has emerged of guests brawling during a live news broadcast in Pakistan.

The incident took place on June 24, while the programme, News Line with Aftab Mugheri, was on the air. 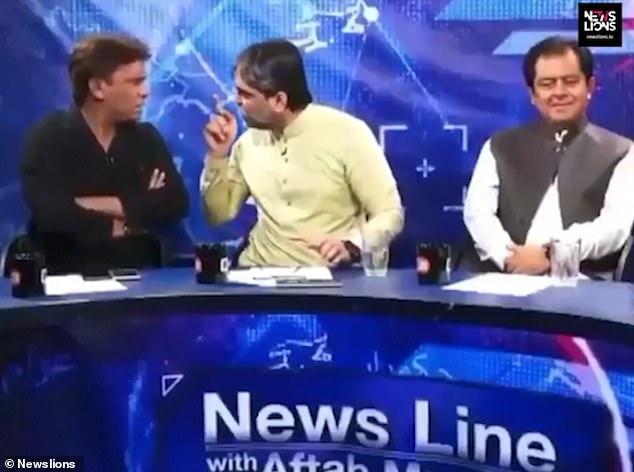 Siyal can then be heard warning Khan about his tone and tenor, but Khan replies that he too won’t tolerate rudeness.

Moments later they both stand up and Siyal, who was standing on the right of the screen, violently pushes his fellow participant, causing him to fall over.

In retaliation, Khan gets up and attacks Siyal, who rains punches in return.

As the duo jostle in a fight reminiscent of a wrestling bout and hurl blows at each other, people in the studio rush to pacify them. 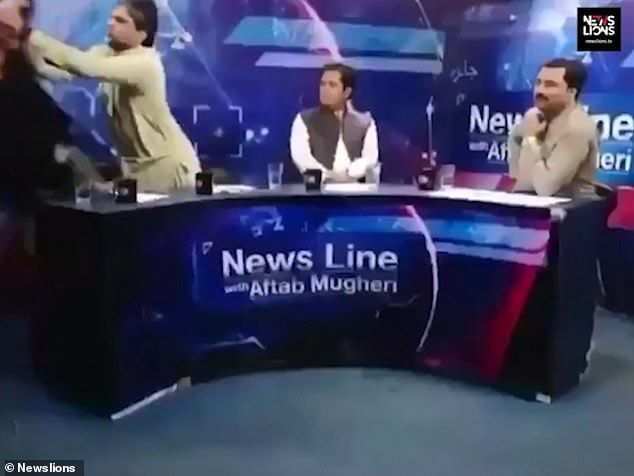 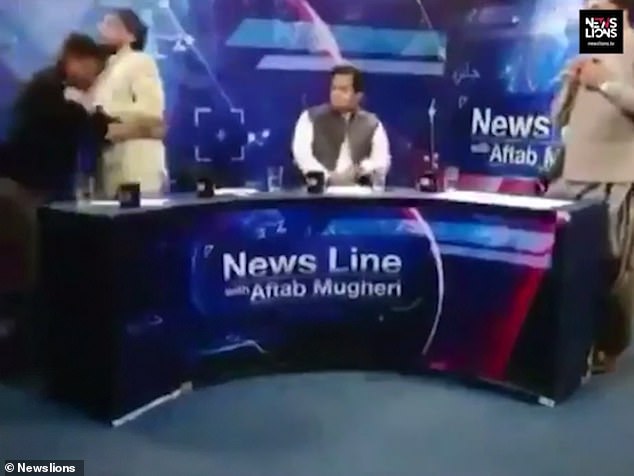 An upset Khan was later seen protesting, while Siyal allegedly issued threats that the former will have to pay for his deeds.

The video of the incident was shared widely on social media, where it has drawn sharp criticism from the public as well as the journalist fraternity.

Many local journalists have slammed the incumbent PTI, led by Prime Minister Imran Khan, for its behavior towards the press.

A few days ago, another PTI leader was caught thrashing a journalist.

Khan was elected as the president of Karachi Press Club in December of last year. 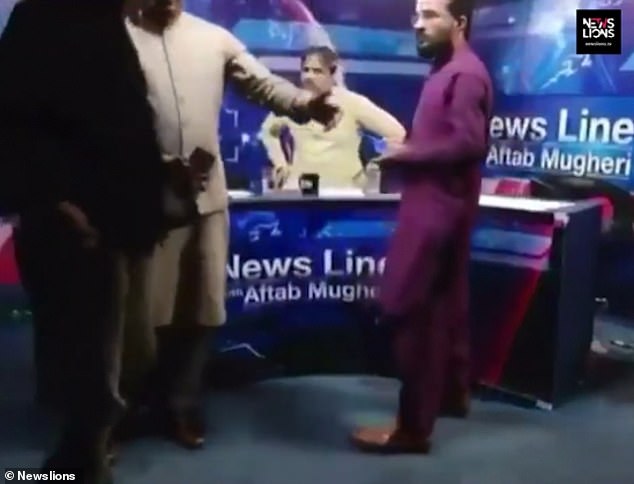