One out of every eight calls for an ambulance in Victoria does not require a patient to be taken to hospital and calls are often for minor ailments, new figures reveal, at the same time as the state’s emergency health service is battling an overcrowding crisis.

Fresh government data obtained by The Age shows almost 22,000 people who called an ambulance in the first three months of this year – about 12 per cent – did not require transport to hospital and received lower-grade care. 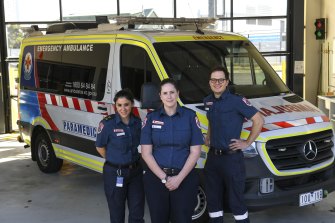 Quarterly response times that will be released on Friday will show critically ill patients are being responded to within the target time at a percentage rate in the mid-70s – the worst performance since 2015. Data that spans a shorter time frame shows response times have dipped well below 72 per cent in recent weeks.

Paramedics, who say they are being sent to people complaining of back pain, cold and flu symptoms and irregularly coloured faeces, have joined forces with Health Minister Martin Foley to ask people to stop calling triple zero when they do not really need emergency treatment.

“We’re asking the community to support the one ambulance service by reaching out to their GPs and getting their routine checks,” said Lindsay Mackay, a paramedic in charge of Ambulance Victoria’s triage service.

“There’s thousands of GPs across the state but only one ambulance service.”

Paramedics are dealing with an unusual level of demand and are being forced to queue outside emergency departments because emergency rooms are clogged, taking them off the roads and causing a shortage of ambulances.

Many people did not follow health plans during last year’s three-month lockdown and emergency department attendances and ambulance callouts have skyrocketed since the lockdown’s end in November, according to health groups. Public health rules prevent people with COVID-19 symptoms from attending some primary healthcare centres and many people did not attend health screenings, meaning people’s health issues have festered.

Ms Mackay said if each crew was required to attend even one less unnecessary callout per shift it would ease the burden significantly and improve response times. “That [would be] hundreds more patients who could get an ambo at the right time or faster,” she said.

The state opposition, which claims the state government has mishandled its health system, is calling for an independent review of the state’s health network. 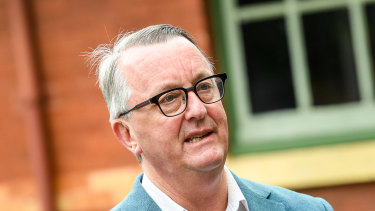 Ambulance Victoria chief executive, Associate Professor Tony Walker, said alternatives such as pharmacies could be used by some patients, and said the service’s triage team worked to direct patients to more appropriate care. “Every call for assistance that isn’t an emergency puts significant strain on our crews to reach those who need us the most,” he said.

Mr Foley said many Victorians who deferred care last year were now relying on paramedics. “But too often, time and resources are being diverted to non-emergency situations where ambulances are not required,” he said.

Victorian Ambulance Union secretary Danny Hill said some people felt entitled to call an ambulance because they paid for Ambulance Victoria membership even if they did not require emergency treatment.

Mr Hill said some people knew how to game the system by quoting symptoms that indicated the prospect of a fatality, such as chest pain, in order to ensure an ambulance attended. He said understaffed aged-care homes often resorted to calling 000 for non-emergency incidents. 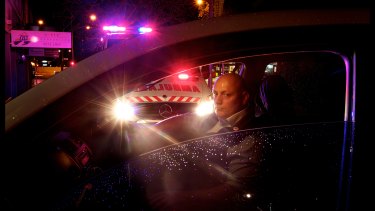 “Sometimes paramedics turn up and people are outside with a suitcase,” he said.

One paramedic, who asked to remain anonymous because she was not authorised to comment publicly, said people had phoned triple zero in recent weeks complaining they were upset or their neighbours were coughing. Ambulances did not attend these events, however, as patients with minor ailments are sometimes instructed to seek alternative care.

The paramedic attended a case where a person had complained of discoloured faeces. “You get there and think, why is this a callout?” they said.

In Ambulance Victoria data from Tuesday seen by The Age, one patient waited more than five hours to be treated at St Vincent’s Hospital in East Melbourne as the emergency department worked through an overload of arrivals.

Similarly, at one point on April 26 there were 17 patients on stretchers awaiting treatment at Frankston Hospital, with the longest wait on the stretcher of two hours and 33 minutes. At the same time there were nine patients lined up at Ballarat Base Hospital and Northeast Health Wangaratta and seven at Monash Medical Centre in Clayton.

The paramedic said they had seen “nothing like this” in terms of waiting times at hospitals, which were normally a maximum of one hour prior to the coronavirus pandemic.

“Hospitals are under a lot of pressure. There needs to be some form of resourcing to support them and more community services – more doctors on call, for example – have to be organised,” they said.

“At the moment it inevitably rolls onto paramedics as the catch-all, and then on to the person who doesn’t get an ambulance and can die.”

Two Uber drivers who spoke to The Age said they had been taking more people to hospital in recent months because more patients were choosing alternative transportation after being told of wait times by call operators.

Rodney Bradshaw, 50, said he transported three patients to hospital on the same night earlier this week. One had a broken arm, another was giving birth and the other had chest pain and believed he was having a heart attack. Mr Bradshaw said all three took an Uber because they believed it would be quicker to arrive than an ambulance.

“As an Uber driver, I shouldn’t be put in this situation,” he said.

Brighton resident Howard Brandscombe, 79, was experiencing pain in his stomach two weeks ago and called triple zero. Because his ailment was not deemed to be serious, Ambulance Victoria booked a taxi for him – a decision he was comfortable with.

Werribee South mother Michelle, who did not want her surname used, said she was advised of an approximate three-hour ambulance wait when her three-year-old daughter was feeling “15 out of 10” stomach pain.

The mother said the girl was suffering from pancreatitis, and had had organ transplants.

“She’s basically going through labour. I don’t know whether they understand what pancreatitis is,” she said.