Hedge fund hot shot Andrew Barroway has sold a Pennsylvania mansion that he pumped $35 million into at a severe loss.

Barroway sold the 32-acre property for $9.26 million, according a Wall Street Journal report.

The buyer was reportedly a trust tied to the family of uber-successful ad executive Thaddeus Bartkowski, the CEO of digital advertising company Catalyst Experiential.

Bartowski had reportedly been renting the elaborate manse for just over a year prior to making the purchase.

The home is a Gothic Revival-style estate that apes the more historic homes that populate Philadelphia’s affluent Main Line.

Specifically, the six-bedroom home is located at 100 Maplehill Road in Gladwyne, an especially affluent corner of the Main Line that features a large handful of gargantuan estates that date back to the 18th century. 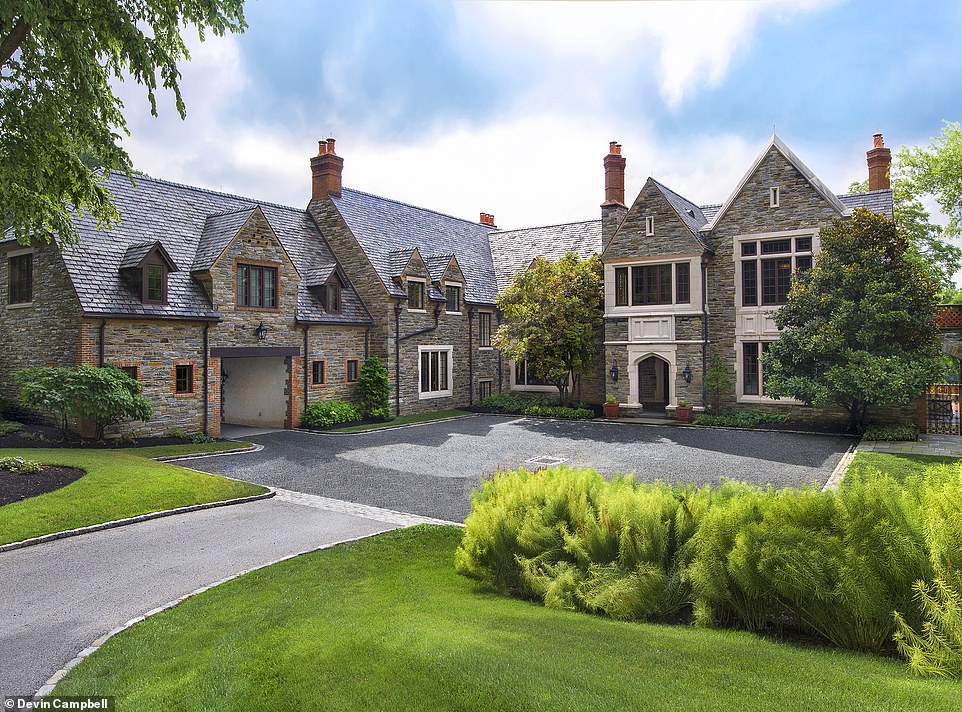 The Gladwyne, Pennsylvania estate sold for $9.26 million – a roughly 25$ loss for the hedge fund manager who pumped close to $35 million into the estate 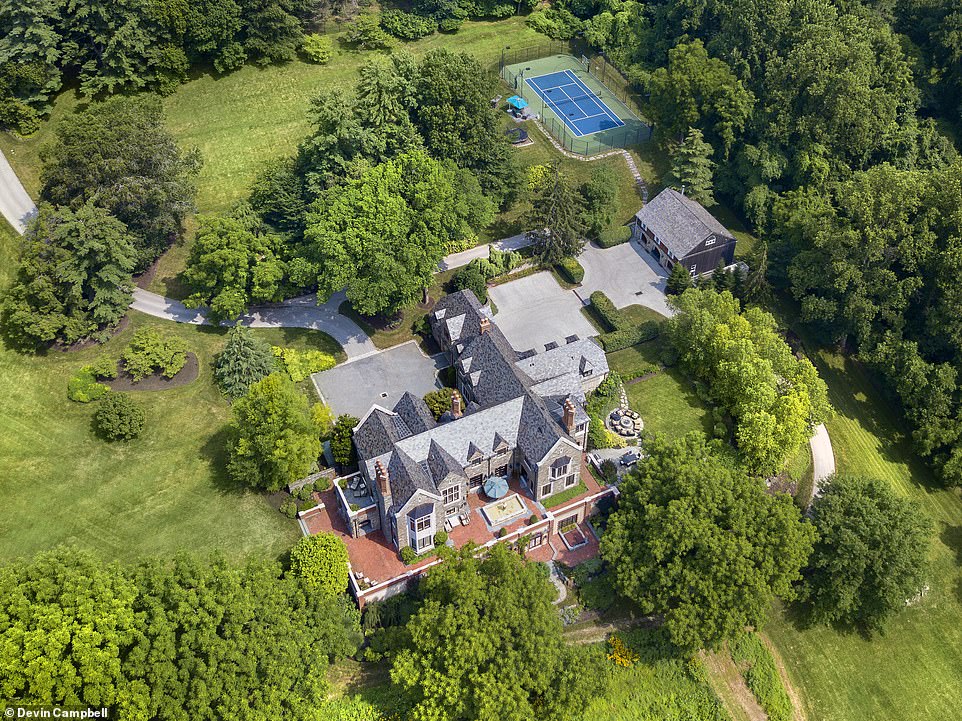 The 13,000-square-foot home had six bedrooms and sits on a massive 32-acre plot in the tony area of the Philadelphia Main Line 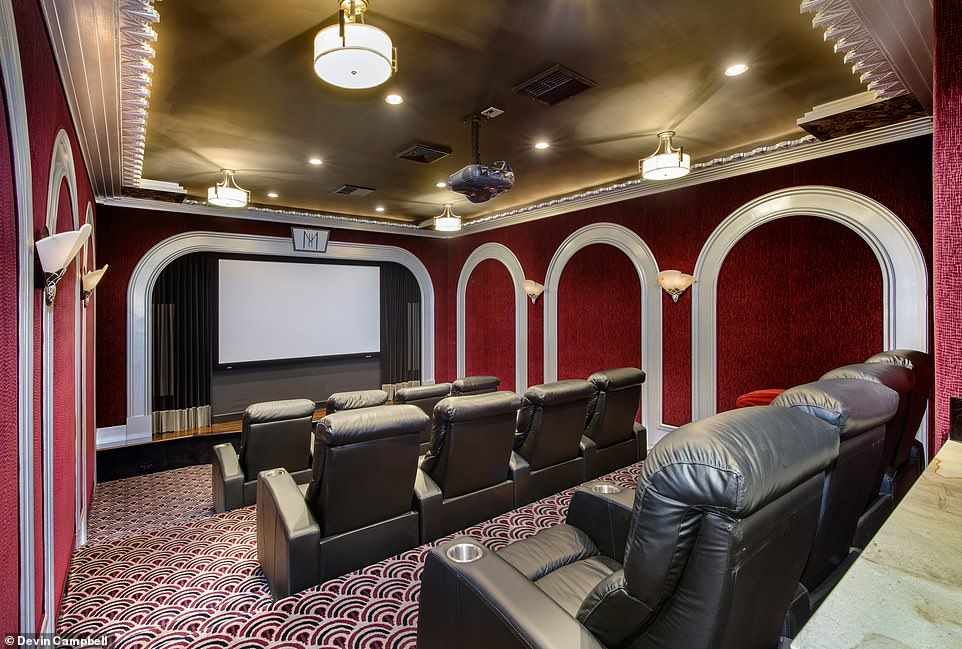 The home boasts a movie theater as well as a guesthouse, tennis court, and ATV roads 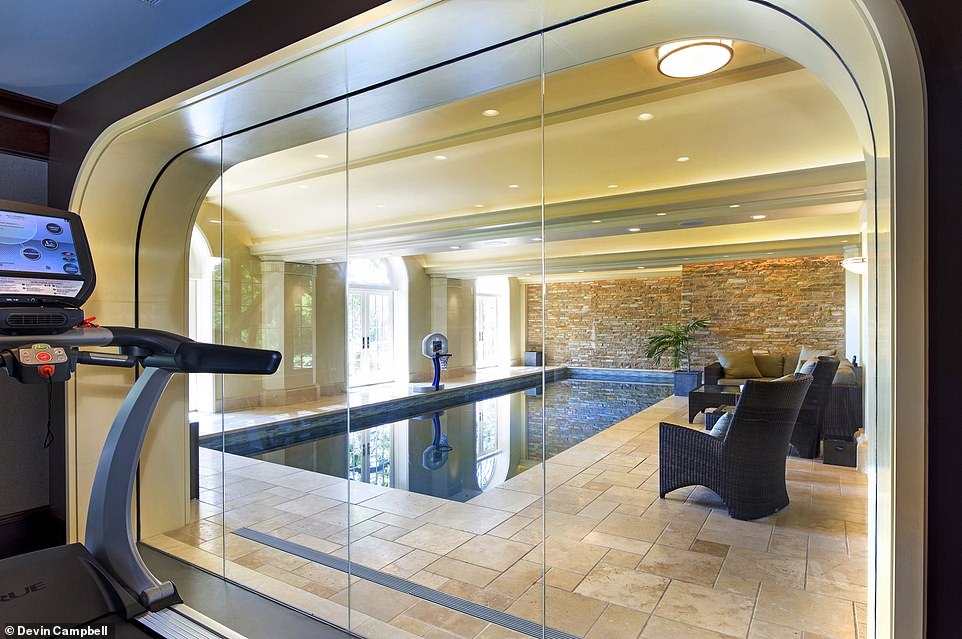 A home gym also overlooks an indoor lap pool. The property notably does not have an outdoor swimming pool 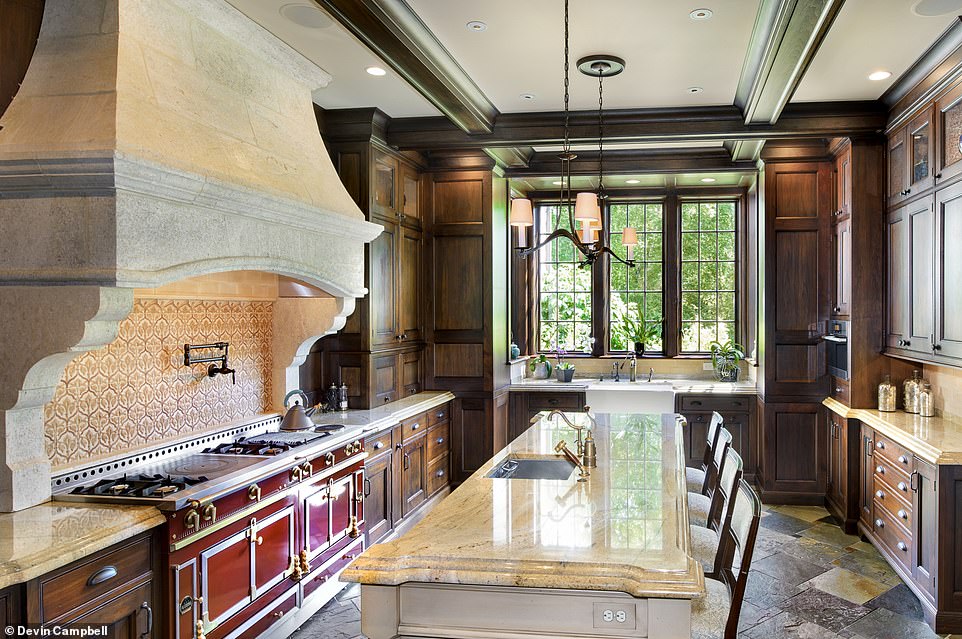 The picturesque home was first put on the market in July of 2016 at an asking price of $28 million. The price was subsequently lowered a number of times and finally put up for rent in 2021 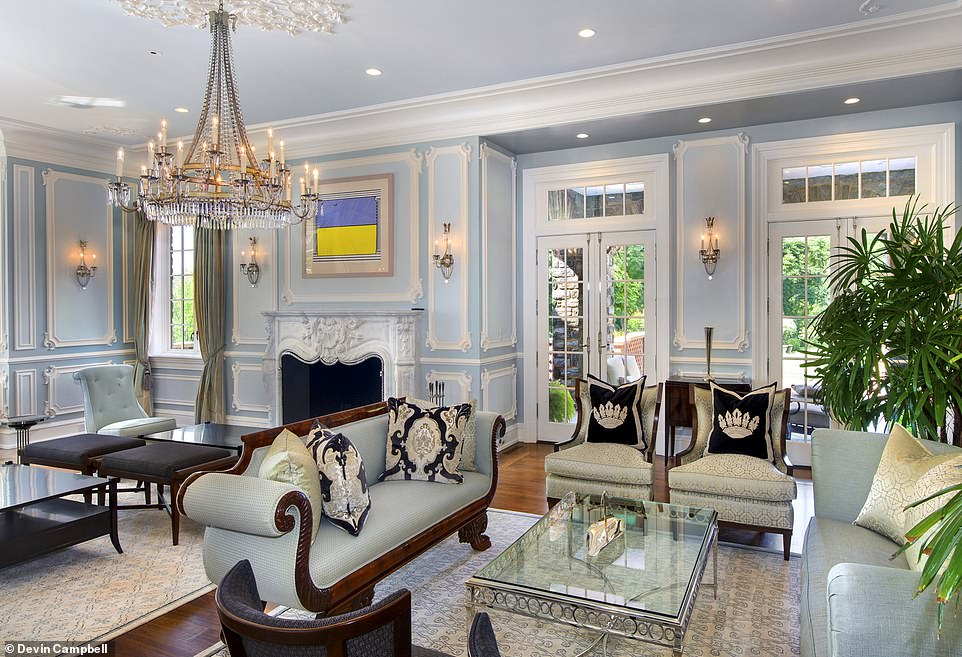 Despite the loss Barroway took on the property, area realtors say home price sin Gladwyne generally cap out at about $10 million 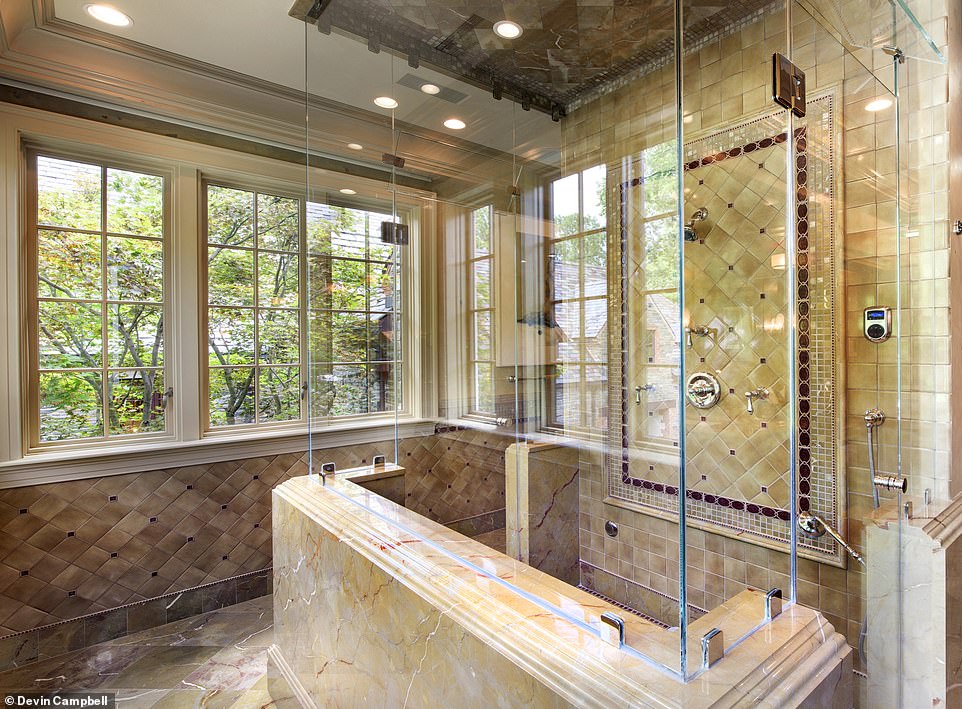 Realtors in the area say despite the home’s stunning build and value, its failure to sell indicates that luxury market buyers will not overpay for someone else’s vision

Barroway, a managing partner of the hedge fund Merion Investment Management, purchased the Pennsylvania plot for $12 million in 2006.

He spent more than three years and an additional $23 million building the nearly 13,000-square-foot mansion.

But when it came time to sell, Barroway was in trouble from day one, which ultimately led to his more than $25 million loss on the property.

In July 2016, the house hit the market for the first time at an asking price of $28 million. The price would have set a local market record – but it didn’t sell.

After a number of price cuts, it was announced in 2019 that Barroway intended to sell the estate at auction with a reserve price of $14.9 million.

The auction process, however, failed and the property was listed for rent on Zillow in 2021 at a price of $40,000 a month.

Bartowski told the Journal he was drawn to the estate for the ‘quality and style of the construction’ as well as the significant acreage that makes the home feel much more private.

He noted that despite an official price tag of $9.26 million, the transaction involved the sale of a number of other assets that are not reflected in that price point.

The real total, he said, is higher – though he declined to note the actual number or the other assets involved. 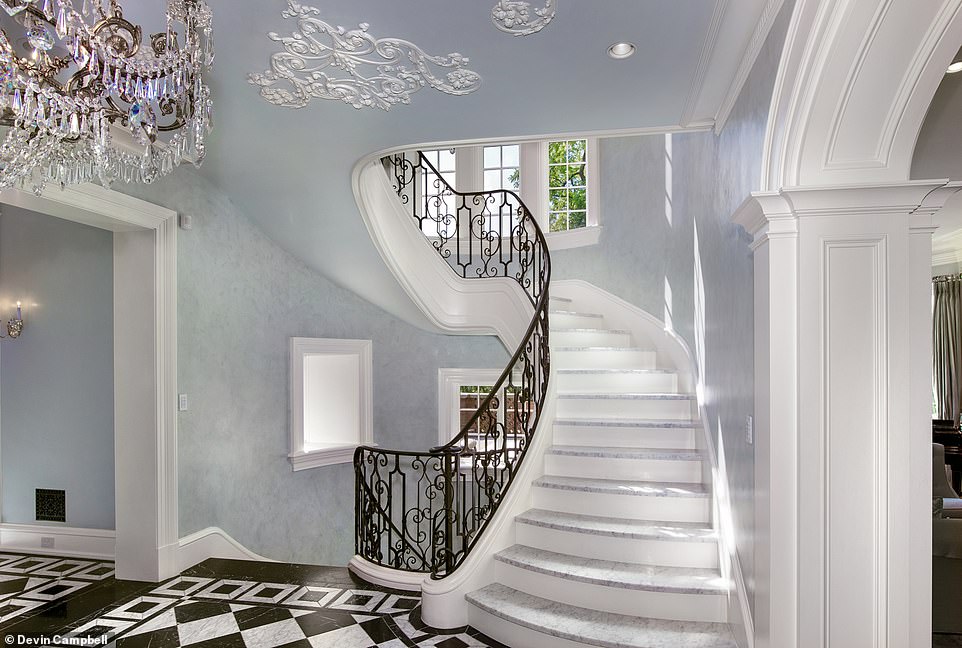 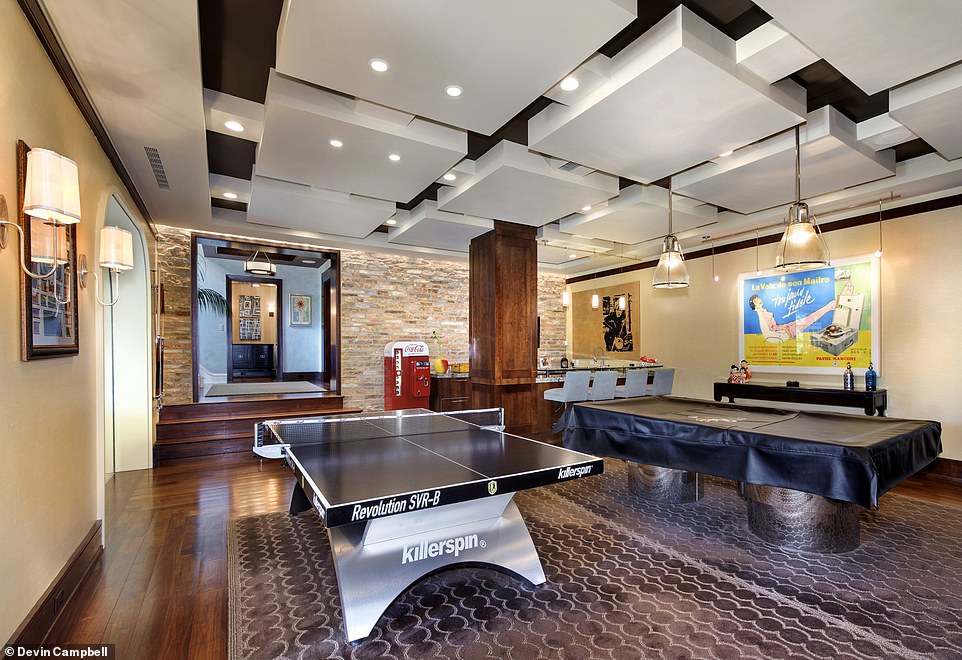 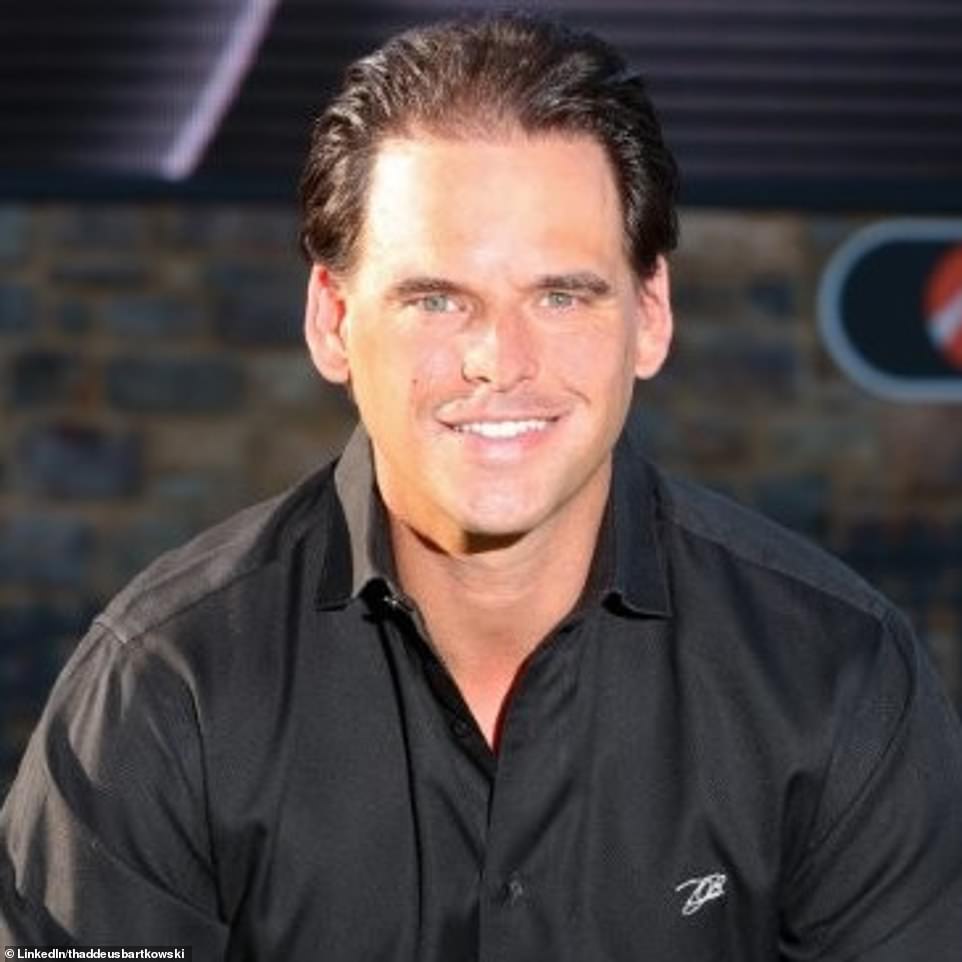 Thaddeus Bartowski, a successful ad executive, said he was attracted to the Maplehill Road house for the quality of its construction and its gothic-style architecture 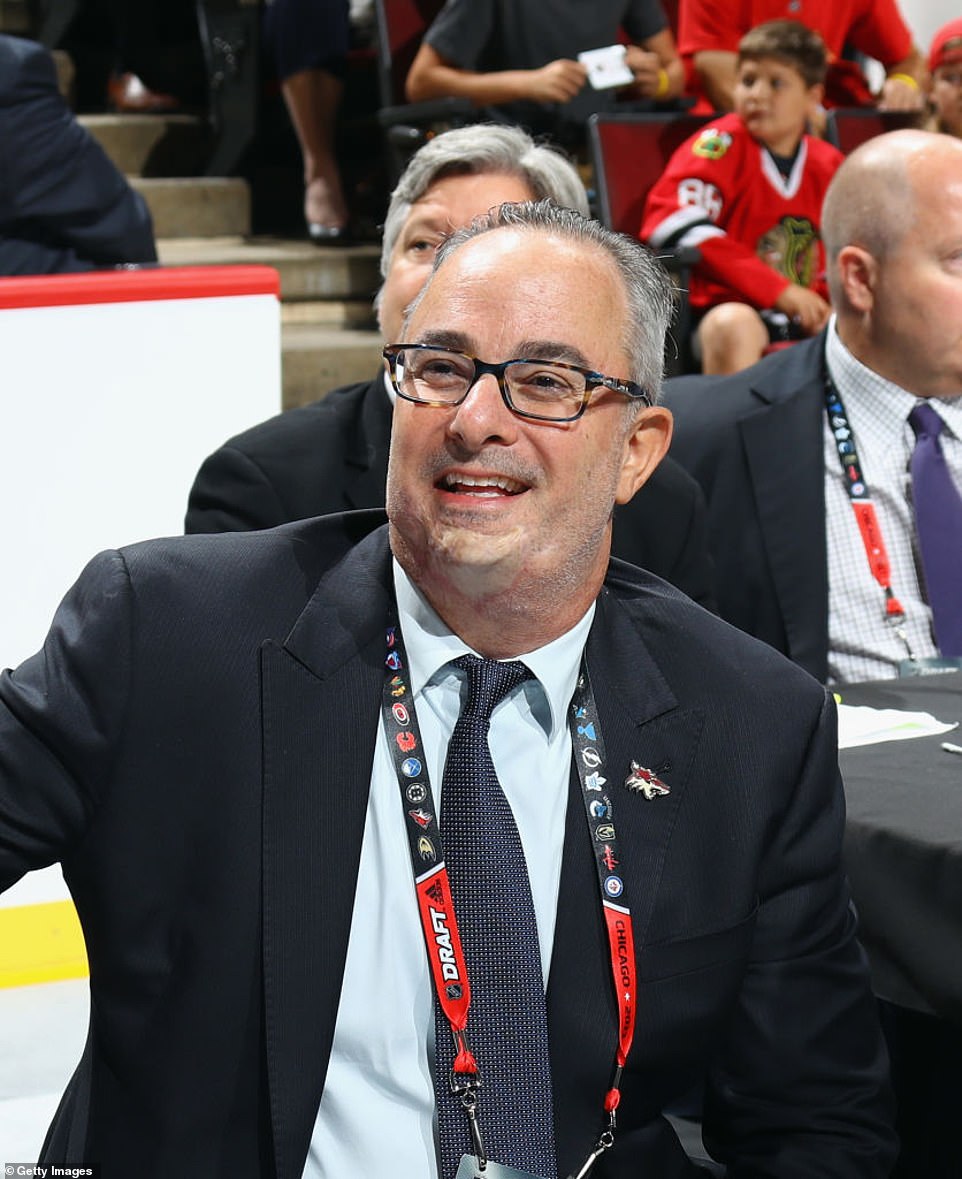 Hedge funder Andrew Barroway lived in the house for only a brief time before he and his wife divorced. She continued residing in the house until the pair’s children went to college

The $9.26 million figure is about the market peak of $10 million for the area, said EXP Realty agent Harry Cherry.

Cherry added that the Maplehill Road sale is evidence that even in high-end markets, luxury buyers aren’t willing to ‘pay a premium for someone else’s vision’ when they have the resources to construct their own.

That reality is added to the current condition of the economy, which has left buyers more cautious and less eager to pull the trigger on a new home or investment property.

The palatial home features a number of stunning amenities including a pair of outdoor hot tubs, a movie theater, a wine cellar with multiple tasting rooms and a gym that overlooks an indoor lap pool.

There is also a tricked out man-cave that features quirky antique items including a jukebox similar to the one that appeared on Happy Days.

Notably, the property does not have an outdoor pool.

But, there is a tennis court, seven-car garage and trails designed to accommodate ATVs.

There is also a guesthouse and another building on the property that predate the main family home, which were built in the 1700s.

Despite the time and money Barroway put into 100 Maplehill Road, he lived there for only a brief period of time before he and his wife divorced in 2013.

She remained at the property with the couple’s children until they went to college.

Barroway currently resides in a 10,000-square-foot, $7 million home in Scottsdale, Arizona, where he is a minority owner of the Arizona Coyotes NHL team.