Football legend Peter Shilton has called on the sport to end its ‘conspiracy of silence’ and take a stand against gambling advertising.

The 71-year-old, who holds the England record of 125 caps, last year revealed how he had led a ‘double life’ when he was hooked on gambling for 45 years.

Now he and wife Steph, 52, have launched a campaign called Shilton’s Shirt Gambling Ban to kick gambling advertising out of football, calling on former players to ‘take a stand’ to stop betting firms sponsoring top-flight teams. 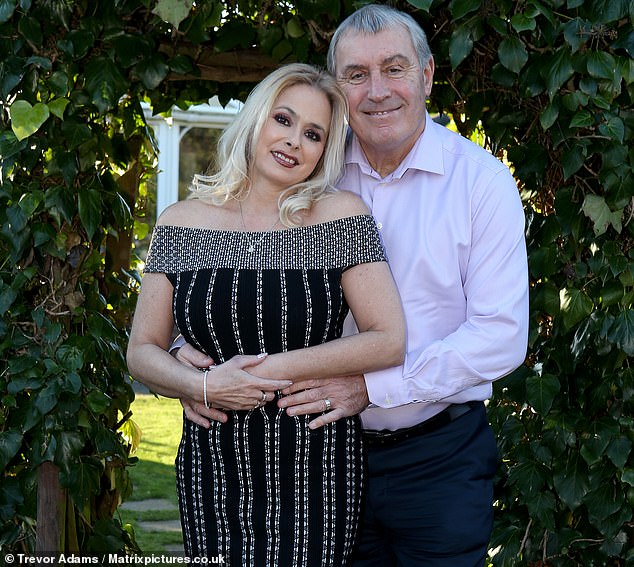 The sport has become inextricably linked with the betting industry, with more than half the teams in the Premier League and Championship having a gambling company as their shirt sponsor.

It is illegal for gambling companies to advertise to children. But the loophole means thousands of youngsters see their heroes carrying betting advertising every time they play.

It has fuelled calls for a ban on betting adverts and sponsorship in sport, following the launch of the biggest review of gambling laws in 16 years.

Shilton, who hung up his goalkeeping gloves in 1997, having played a world-record 1,390 competitive matches, said: ‘There’s no moral justification for gambling sponsorship but people are looking the other way because they want money, money, money. It’s time for that to stop.

‘I think people in football are scared to speak out. There is a conspiracy of silence. 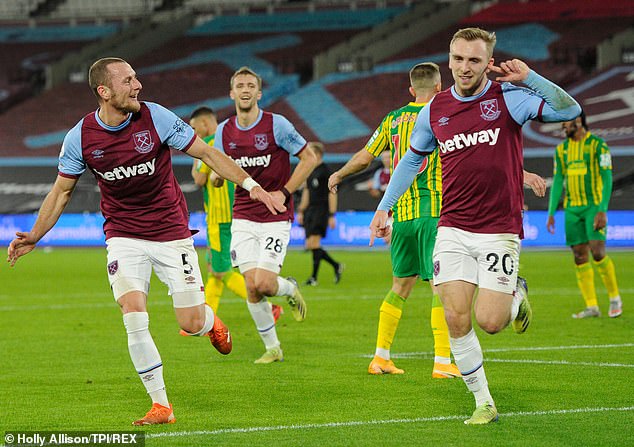 The football legend is calling on former players to ‘take a stand’ to stop betting firms sponsoring top-flight teams. Pictured: West Ham FC is one of many clubs sponsored by betting firms

‘Families’ lives are being destroyed by gambling and people are taking their own lives. Now is the time for players and former players to break their silence. We need to take a stand. There should be no gambling advertising on shirts.’

Shilton, who lives in West Mersea, Essex, was moved to speak out after hearing the stories of those who have killed themselves over gambling addiction.

A parliamentary report last year estimated that up to two addicts take their own lives every working day.

Despite campaigners claiming the situation in football is fuelling problem gambling in young men, only a handful of top-flight names have spoken out.

This month Gary Lineker said football clubs ‘shouldn’t be drawing naive youngsters into a world of gambling, that can lead to misery and desperation’, adding it was ‘pure avarice’.

The cost to teams who take a stand is considerable. Championship side Luton Town said it had foregone up to £1 million by refusing to take on gambling sponsors to protect young fans.

James Grimes, of campaign group The Big Step, said: ‘The bombardment of gambling ads in football is desensitising the severe risks of gambling to millions of young fans.

‘It’s vital we end all gambling advertising and sponsorship in football to protect future generations.’

It is thought Prime Minister Boris Johnson may ban shirt sponsorship later this year amid unease over the scale of gambling addiction in the UK.

Around 400,000 people, including 55,000 children, are addicted, with up to 2.5 million others suffering from the fallout of family breakdown and financial ruin.

The review of the legislation could roll back swathes of Tony Blair’s 2005 Gambling Act, blamed for sparking an epidemic of addiction. It could impose maximum stakes online and force gambling companies to check to see if players can afford their losses.

The Mail, which has pushed for tougher curbs with its Stop the Gambling Predators campaign, has highlighted how magazines aimed at children are full of bookies’ logos – with the BBC’s Match of the Day publication showing one on ‘every other page’.