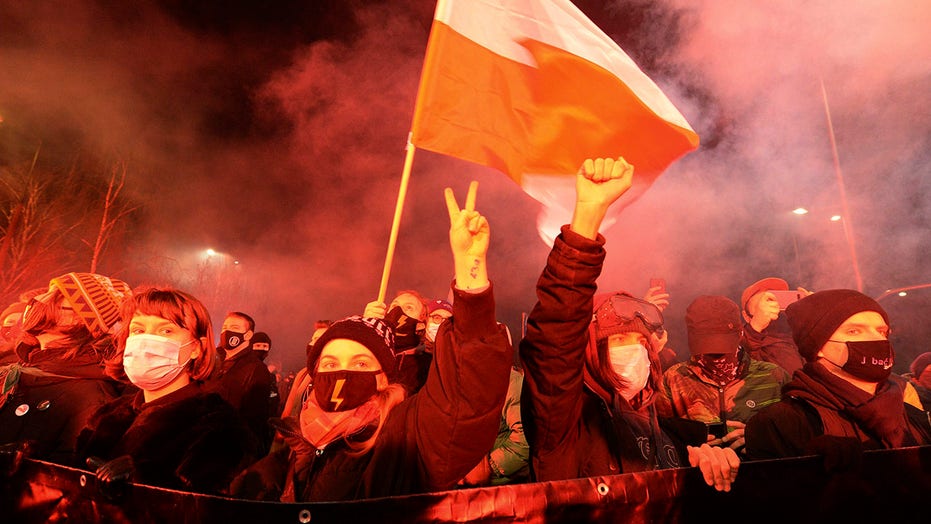 WARSAW, Poland – A near-total ban on abortion has taken effect in Poland and triggered a new round of nationwide protests three months after a top court ruled that the abortion of congenitally damaged fetuses is unconstitutional.

Led by a women’s rights group, Women’s Strike, people poured onto the streets of Warsaw and other cities late Wednesday. More anti-government demonstrations are planned for Thursday evening.

Poland’s top human rights official denounced the further restriction of what was already one of the most restrictive abortion laws in Europe, calling it a tragedy for women. 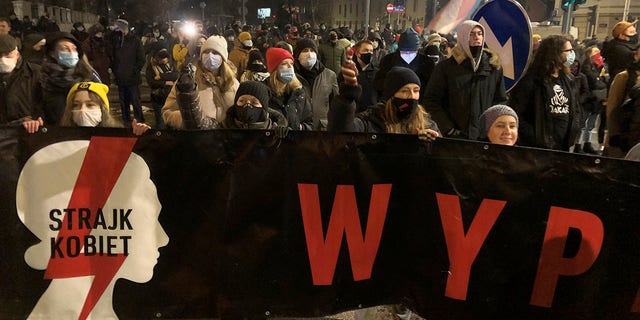 “The state wants to further limit their rights, risk their lives, and condemn them to torture,” said Adam Bodnar, the human rights commissioner, or ombudsman, whose role is independent from the Polish government. “This offensive is opposed by civil society.”

The only remaining legal justifications for abortion under Polish law are if the woman’s life or health is at risk or if a pregnancy results from a crime like rape or incest.

The restriction of abortion comes amid a broader erosion of civil liberties and democratic norms under right-wing populist governments in Poland, as well as Hungary. The erosion of democratic rights in the two nations also is spreading to other parts of ex-communist central Europe, presenting a challenge for U.S. President Joe Biden as he seeks to restore democratic norms at home and abroad.

Poland’s constitutional court on Wednesday issued a justification of a controversial October ruling that bans abortions in cases of fetuses with congenital defects, even ones so severe that there is no chance of survival upon birth. The government then published the court’s ruling in a government journal. Those steps were the formal prerequisites required for the new law to enter into force. 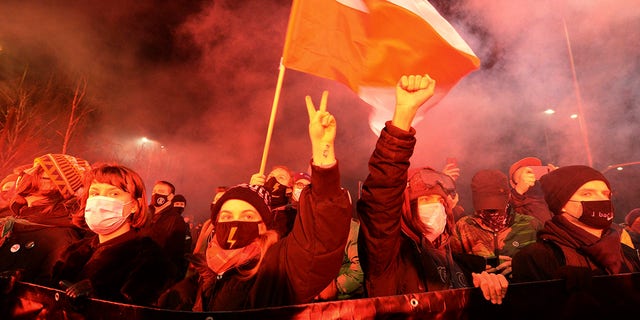 The only remaining legal justifications for abortion under Polish law are if the woman’s life or health is at risk or if a pregnancy results from a crime like rape or incest. (AP Photo/Czarek Sokolowski)

Members of Poland’s ruling Law and Justice party, which is aligned with the Roman Catholic Church, had often sought the new restriction. They argued that it was a way to prevent the abortion of fetuses with Down syndrome, which have made up a significant share of the legal abortions in Poland.

Women’s rights activists consider the new law to be draconian.

The protesters are demanding a full liberalization of the abortion law and the resignation of the government. Some on Wednesday covered their faces with green handkerchiefs, which are the symbol of the abortion rights movement in Argentina. The South American country recently legalized abortion, a historic change in deeply Catholic Latin America. 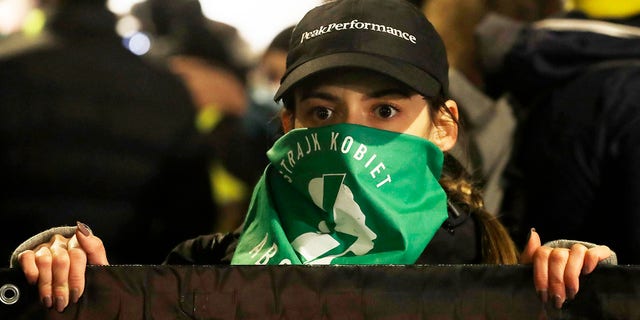 The Constitutional Tribunal published the justification of its decision, which means it can now be officially printed and take immediate effect. (AP Photo/Czarek Sokolowski)

“Instead, they serve only to damage women’s health by pushing abortions underground or forcing women to travel to foreign countries to access abortion care they need and to which they have a right,” Amnesty senior research adviser Esther Major said.

Poland’s ruling conservatives have long sought to further restrict abortion rights. Past attempts by parliament to do so triggered mass street protests, pressure that led lawmakers to shelve those plans.

In a more than 200-page ruling, the constitutional court argued that allowing abortion when there are congenital defects is unconstitutional because the Polish Constitution protects human life.

The constitutional court is made up mostly of Law and Justice appointees who ruled on a motion brought by lawmakers from the party.

The government appears to have calculated that it could change the law with less of a backlash by getting a court under its political control to do the job during the pandemic. Instead massive numbers of people have in past months defied the pandemic restrictions to demonstrate.