The Los Angeles Police Department arrested 76 people after a celebration of the Los Angeles Lakers championship turned into “confrontational, violent and destructive behavior,” the department said.

Lakers fans took the streets around Staples Center in downtown Los Angeles after the Lakers dominated Game 6 to win their 17th NBA title on Sunday night. Los Angeles Mayor Eric Garcetti repeatedly asked fans not to do so due to COVID-19 safety regulations, but they did anyway and created problems.

The LAPD gave an update Monday morning on Twitter saying there were 76 total arrests for vandalism, assault on a police officer, and failure to disperse.

“What started out as a largely peaceful celebration of the Los Angeles Lakers NBA championship in downtown Los Angeles, turned into confrontational, violent and destructive behavior late last night. A crowd of more than 1,000 revelers descended into the area around Staples Center after the game. Unruly individuals mixed within the crowd began throwing glass bottles, rocks and other projectiles at officers. That is when an unlawful assembly was declared, and only a limited number of people complied and began to disperse. A larger portion of the group broke off and began vandalizing businesses while continuing to engage in violent behavior, some aimed at responding officers.” 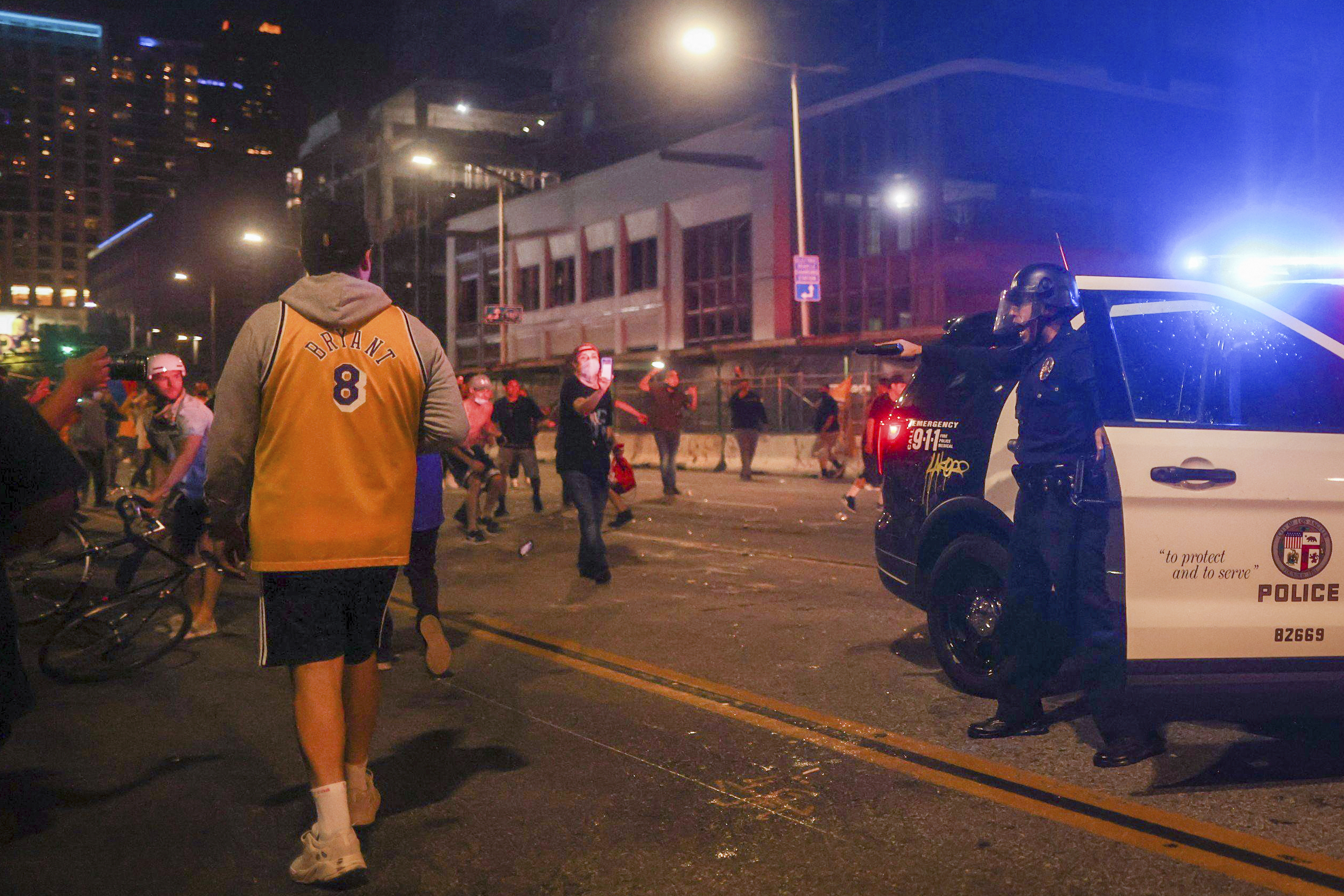 Lakers fans took to the streets to celebrate their first title since 2010. Many honored the late Kobe Bryant, who died along with his daughter and six other passengers in a helicopter crash outside of Los Angeles in January.

Videos went around social media of fans standing on construction platforms waving flags, many without masks. There were fireworks and cars doing donuts in the middle of the celebration.