Police snare suspected drug dealer, 17, dressed as fast food rider in London – as it’s revealed Just Eat, Deliveroo and Uber Eats uniforms can be bought by ANYONE on eBay

Police officers pulled over a fake delivery driver who was posing as a Just Eat courier in order to ferry drugs around the capital.

The Met Police shared the image of the 17-year-old rider, who was wearing a Just Eat jacket and had the Just Eat branded bag on the back of his bike, after he had been stopped in Shoreditch in central London on Friday night.

The teenager was found to be in possession of hundreds of pounds, bags of suspected cannabis and a phone which had ties to a drug dealing network.

Just Eat told MailOnline that, while they will look into the incident, the branded jackets and bags are widely available for anyone to purchase online.

The company said this is because their business model includes self-employed riders and third-party contractors as well as restaurants who kit out their own delivery drivers.

An online search reveals branded kit for Just Eat, Deliveroo and Uber Eats are all available to buy on the internet. 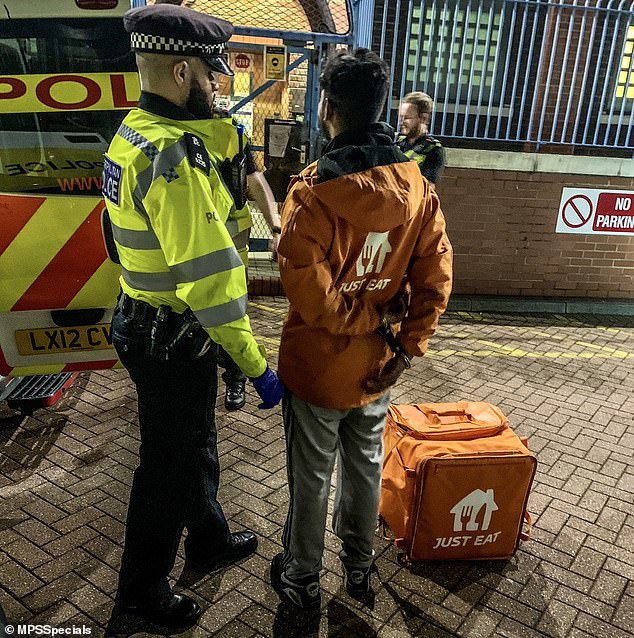 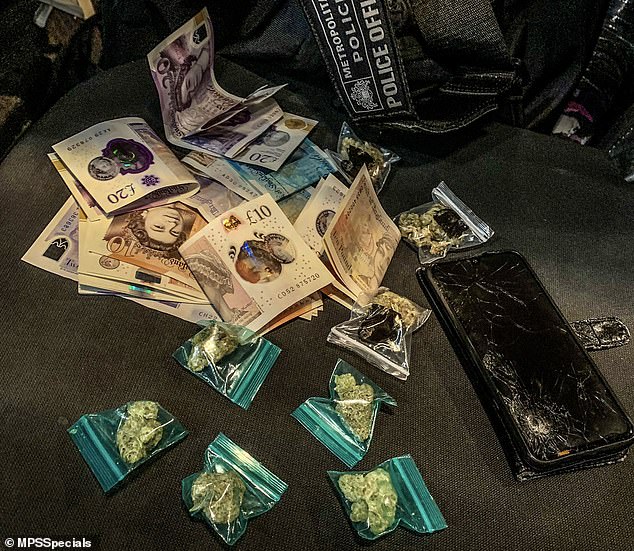 As well as £520 in cash and bags of cannabis, the teen had a phone with ties to drug dealing

After enquiries by MailOnline, the Met confirmed that the rider was not working for Just Eat or as a Just Eat delivery driver but was using the uniform as ‘a front’ to deal drugs in London.

The tactic became more common when the country’s streets became deserted during lockdown and the demand for home-delivered meals soared.

The force said the 17-year-old was seen by special constables on patrol riding a bicycle along Great Eastern Street towards Shoreditch High Street just after midnight on Saturday.

The officers attempted to stop him and, despite attempts to make off, he was immediately detained. Officers said they noticed a strong smell of cannabis and he was searched.

The force say officers found him in possession of a quantity of what is believed to be cannabis found in individual bags as well as £520 and a mobile phone containing information to suggest his involvement in drug dealing.

He was arrested for possession with intent to supply class B drugs and failing to stop for police.

Chief Insp Chris Scammell, from the Central East Command Unit, said: ‘This was an excellent piece of police work with our volunteer officers from the special constabulary stopping this boy after their suspicions were aroused and seizing drugs and cash.

‘It’s solid work like this that has a real impact on keeping our communities safe. 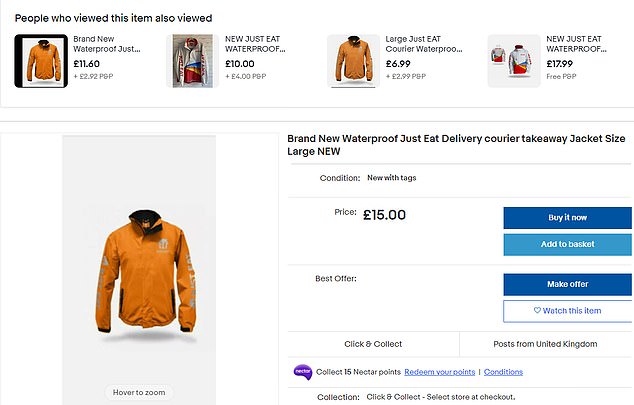 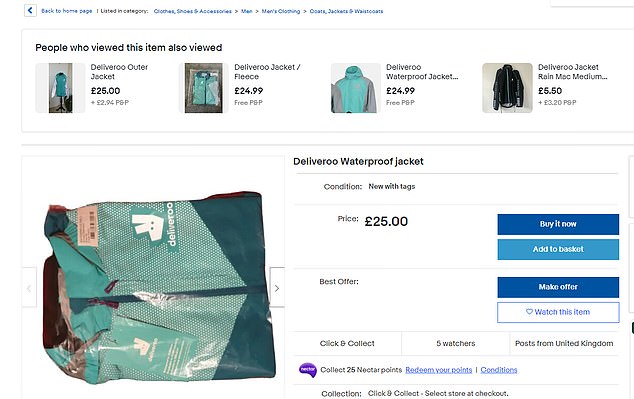 An internet search shows anybody can buy kit from Just Eat, Deliveroo and Uber Eats online

‘Enquiries have confirmed that the boy arrested does not work for a food delivery service and we believe he was using this as a front to organise drug deals.’

The tactic of posing as a food courier to deliver drugs has been previously reported as early as 2019 but it wasn’t until the pandemic that it became a widespread problem.

Last year, at the height of lockdown, Interpol issued an alert to warn authorities that drug dealers were posing as food couriers.

It said it had received reports from police in the UK, Ireland, Malaysia and Spain identifying delivery drivers transporting drugs such as cocaine, marijuana, ketamine and ecstasy. 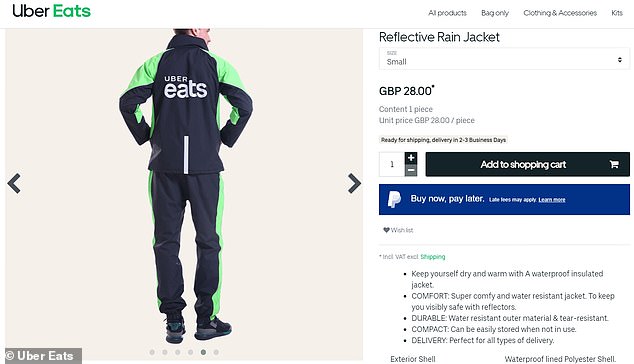 The Children’s Society has previously raised concerns that drugs gangs were forcing children and young adults to rob couriers of their jackets and bags.

The charity said police had in the past carried out drugs searches and found the branded bags inside dealers’ properties.

Following his arrest the boy was taken into custody and subsequently released under investigation while further enquiries are carried out.

A Just Eat spokesman told MailOnline: ‘We have a zero tolerance approach to any criminal activity and will always work closely with the police and authorities to tackle crime.’