Police to speak with British MP over Tory ‘blackmail’ threats

A Metropolitan Police detective will meet with William Wragg, a senior Tory MP who raised the concerns, to discuss allegations that include threats to withhold investments from constituencies 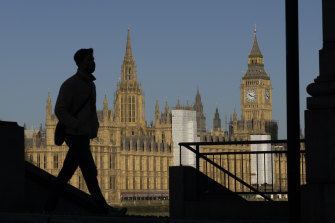 The disclosure marks an escalation in the battle between the Government and a minority of increasingly angry Conservative backbenchers who are frustrated with Boris Johnson’s leadership.

It is likely to prompt fears in Conservative high command that if the Metropolitan Police believes enough evidence exists to investigate, the issue could escalate and become a distraction to the Government.

The claims of intimidation were made as Johnson battles to retain power before Sue Gray, the senior civil servant delving into allegations of rule-breaking partying during coronavirus restrictions, finishes her report. That is not expected until next week.

Wragg said on Thursday that Conservative MPs considering triggering a no-confidence vote in the Prime Minister were receiving threats from whips to “withdraw investments” from constituencies, and “intimidation” by No 10. 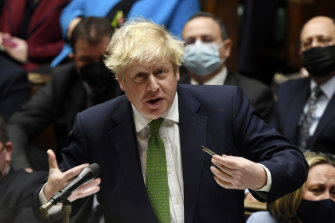 Wragg, the MP for Hazel Grove, said the threats could amount to “blackmail” and urged colleagues to report them to the police.

He was immediately backed by Sir Lindsay Hoyle, the Speaker of the House, who said allegations about potentially criminal offences would be a matter for the police. Last night Wragg said that he would briefly give the detective he meets next week “several” examples of bullying and intimidation, in some cases involving public money, and added that he wanted to leave investigation of the claims “to the experts” rather than No 10.

He said: “I stand by what I have said. No amount of gas-lighting will change that. The offer of Number 10 to investigate is kind but I shall leave it to the experts. I am meeting police early next week.”

Regarding the blackmail claims, a Metropolitan Police spokesman said last night: “As with any such allegations, should a criminal offence be reported to the Met, it would be considered.”

Separately, Tory MPs wishing to oust the Prime Minister are considering publishing secretly recorded conversations with the chief whip, and messages, to support their claims. 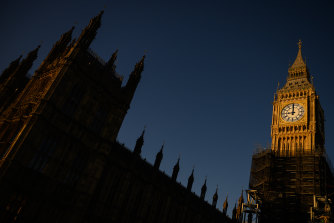 One said that they would be “keeping their powder dry until next week”, adding that one MP “has a recording” and “several texts”.

Christian Wakeford, the Bury South MP who defected from the Tories to Labour, claimed that he was threatened that funding for a new school in his constituency would be withheld if he did not vote with the Government over free school meals.

Ben Howlett, a former Tory MP, claimed on Friday that a former whip warned him that funds for a link road project would be withheld from his constituency if he did not support the Government on Brexit votes.

owlett, the MP for Bath between 2015 and 2017, said: “If I was a less resilient MP, in those days I would’ve ended up thinking, ‘Oh God am I going to carry on rebelling against the Government on Brexit if my major campaign message was going to be undermined as a result?’ There were some pretty devious tactics.”

Earlier, Kwasi Kwarteng, the Business Secretary, said that the allegations were “completely unacceptable” and ministers “need to get to the bottom of the matter”.