Pope urges Hungarians, Romanians to put troubles behind them

MIERCUREA-CIUC, Romania (Reuters) – Pope Francis urged ethnic Hungarians and Romanians to put their troubled past behind them on Saturday as bad weather disrupted his visit to Transylvania, forcing him to be driven for hours on winding mountain roads.

More than 80,000 people gathered on muddy slopes around one of Romania’s most popular Catholic shrines to see the pope on the second day of his trip to the country.

Transylvania, which was part of the Austro-Hungarian Empire until the end of the First World War, has a large ethnic Hungarian population and there have been tensions sometimes between ethnic Hungarians and Romanians.

Ethnic Hungarians, many of whom are Catholic in a predominantly Orthodox Christian nation, are the largest minority in Romania, around six percent of the population.

This has often caused friction between the two European Union neighbors with tensions flaring occasionally over the public use of ethnic minority flags.

In his homily to the rain-soaked crowd, which included Hungarian President Janos Ader, the pope suggested past troubles should not be a barrier to co-existence.

“Complicated and sorrow-filled situations from the past must not be forgotten or denied, yet neither must they be an obstacle

or an excuse standing in the way of our desire to live together as brothers and sisters,” he said.

In his homily, Francis said God wanted “that we not let ourselves be robbed of our fraternal love by those voices and hurts that provoke division and fragmentation.”

Francis was to have flown by plane from Bucharest to the city of Bacau and then by helicopter to the Sumuleu-Ciuc shrine in this town nestled in the mountains.

But thunderstorms, low clouds and rain forced him to fly to the city of Targu Mures, on the other side of the Carpathian mountains, and be driven for to the site.

From there, Francis was due to continue by helicopter to the city of Iasi to visit Catholics in the remote region of Moldova, close to the border with the former Soviet Union’s satellite Republic of Moldova. 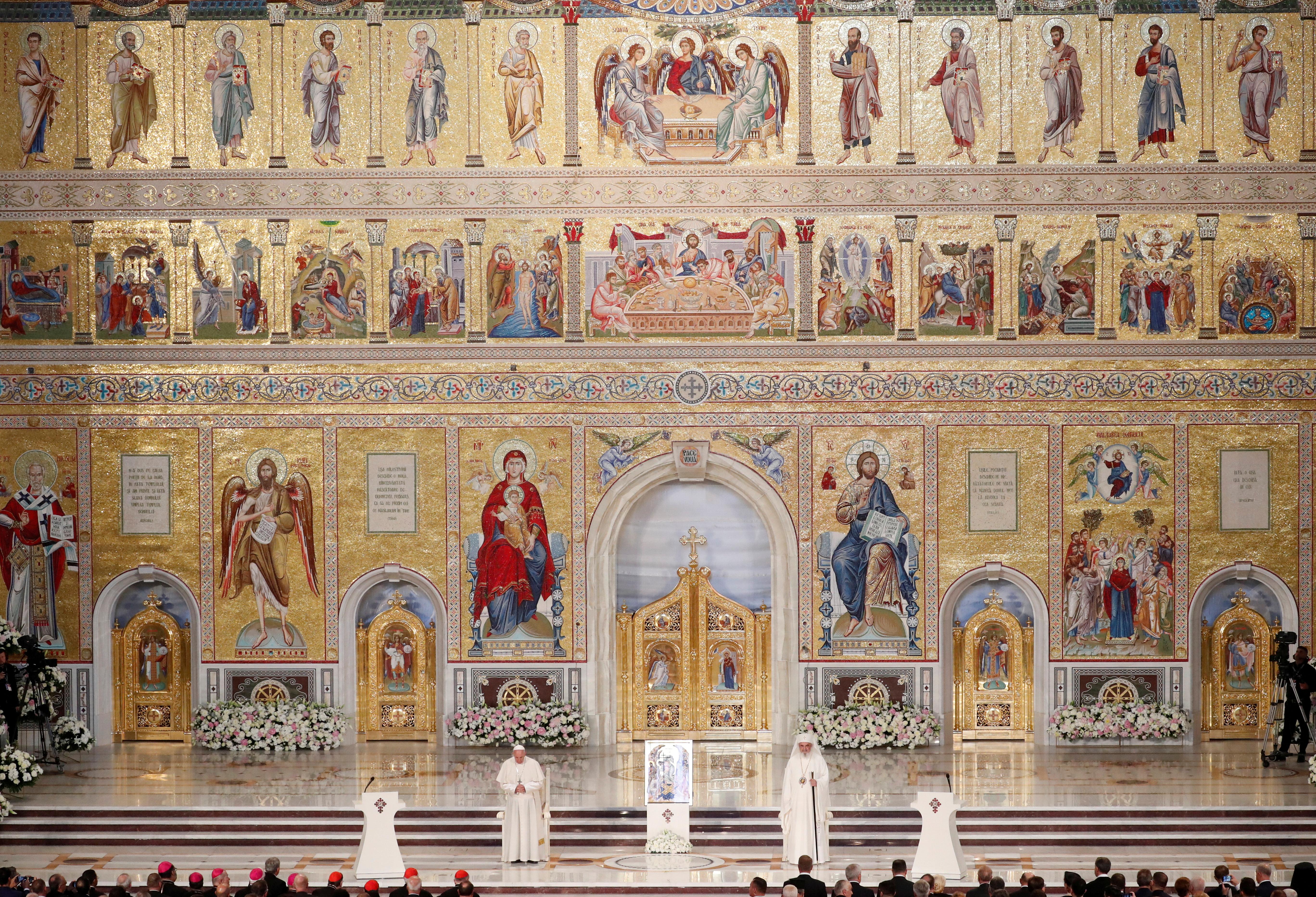 But Vatican officials said he would drive back to Targu Mures and fly by plane to Iasi before returning to Bucharest.

In 2015, Romania rebuked him for posting on his Facebook page symbols it said suggested Budapest favors autonomy for Romanian territory populated mainly by ethnic Hungarians, calling such “revisionism” unacceptable.