An im-POSSUM-ble escape: Lucky marsupial named Reggie is saved from certain death after being caught by a hungry snake in a suburban backyard

A possum found dangling mid-air in the clutches of a hungry snake will live to fight another day after being rescued just moments before certain death.

Brisbane man John Fegan arrived home this week to find a huge carpet python had invaded the nesting box of a possum he named ‘Reggie’.

The 2.5-metre python wrapped its coils around the marsupial’s back legs and was holding the struggling animal upside down. 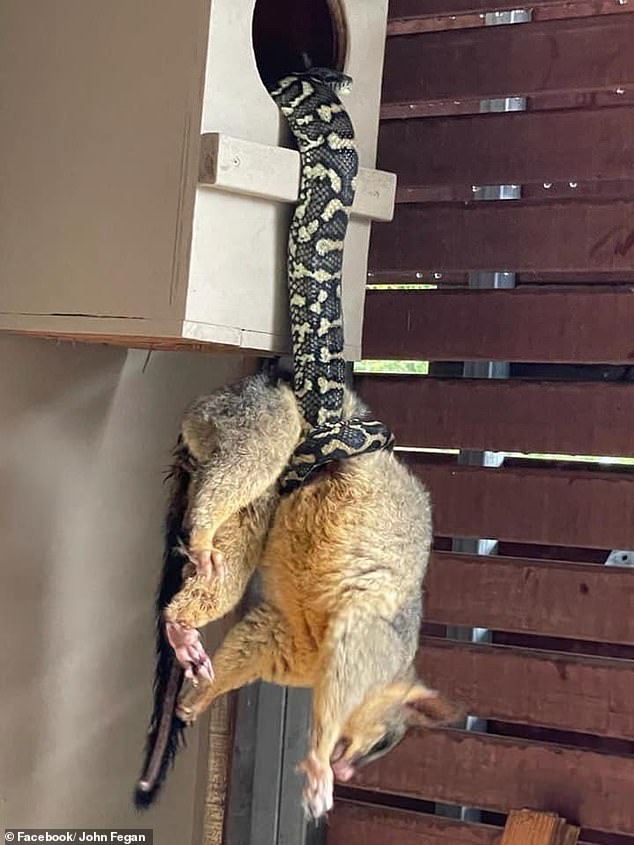 Mr Fegan posted photos of the struggle on Facebook, saying he had just got home from the gym.

‘Reggie the squirrel being forcibly removed from our B&B by a large carpet snake’, he wrote.

‘We called a local snake bloke and he turned up and as casually as you like, removed them from the box and took them away for questioning. He was so cool and casual this bloke.’

Mr Fegan told Daily Mail Australia it was incredibly lucky the hungry snake only had Reggie by the lower legs, meaning the possum was able to continue breathing.

‘The snake bloke told me they usually finish the possum off in about 30 seconds otherwise’, he said.

Mr Fegan said Reggie had been taken to the RSPCA for a check up, and if the animal survived would be relocated near his Kenmore home.

However the animal lover said he doubts the traumatised possum will return to his nesting box anytime soon. 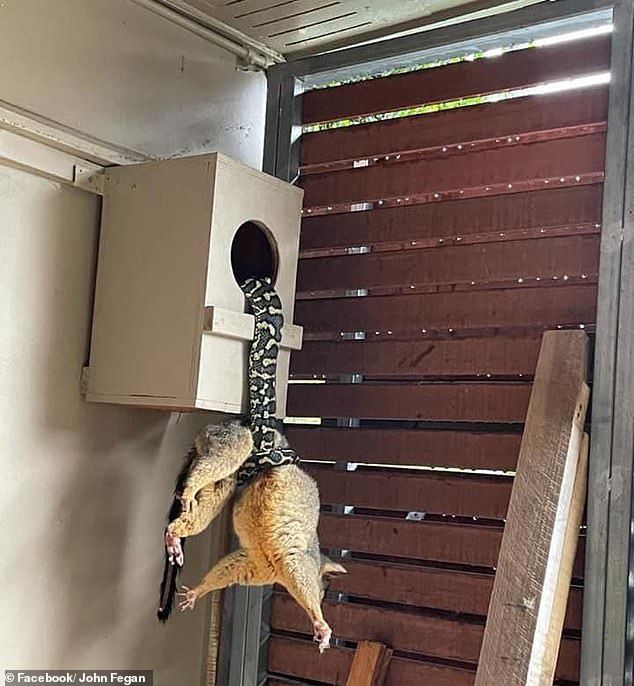 Luckily the carpet python only had the possum by the back legs, meaning the animal could still breathe

The extraordinary photos have garnered hundreds of comments from Facebook users.

‘That’s one very ambitious python. Reggie is not small. Hope he survives!’, one commented.

‘Hate to think of the damage a big old Python would do’, another said.

Carpet pythons are constrictors which means they kill small mammals, bats, birds and lizards by suffocating them with their strong coils. 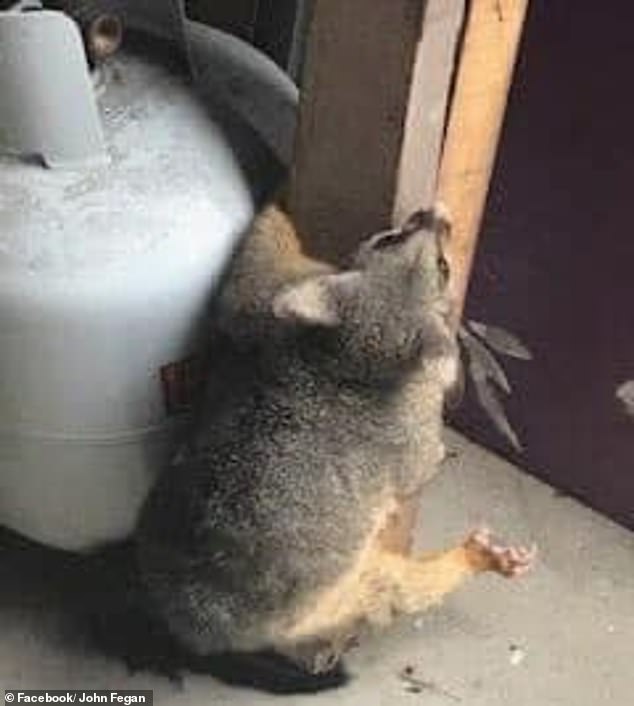 They are often found in the roofs of houses

Snakes are an important part of nature. If you have one in your home, don’t disturb it, call your local snake catcher who will remove it