On Monday morning in the harbour of Granville in Normandy, the anchors were up before dawn.

While most of the town slept, the fishermen boarded their boats, slacks in hands, cigarettes in mouths.

For many the last time they went out wasn’t to fish but to fight. 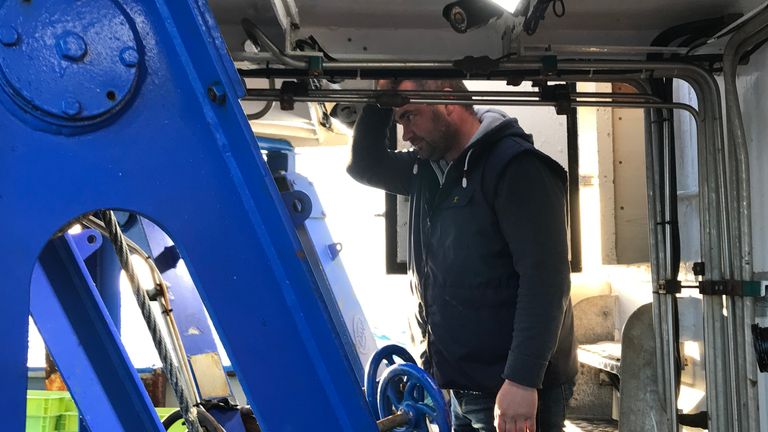 Granville is one of the closest French ports to Jersey.

A week ago 50-or-so boats from here and other towns up the coast sailed to protest outside the port of St Helier.

The Cap Lihou fishing boat, her captain and three crew were among them.

Today, however, it was scallops they sought, with huge mechanical dredging nets pulling up sand, shellfish and seafood. 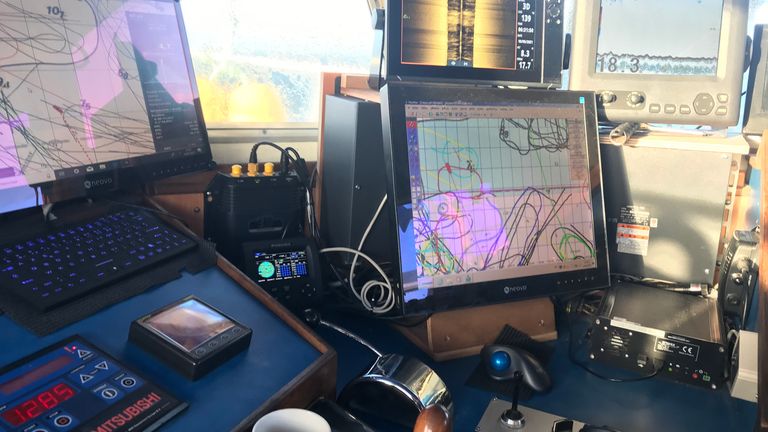 It’s hard, gruelling work. For the 12 hours they spent on the boat, the young men barely stopped; managing the machinery and sifting through the catch by hand.

But they’d rather be fishing in the deeper waters off Jersey – an area that is wider and where the produce is often bigger.

The new licences stipulate how many days each boat is allowed to work there as well as placing restrictions on some equipment. 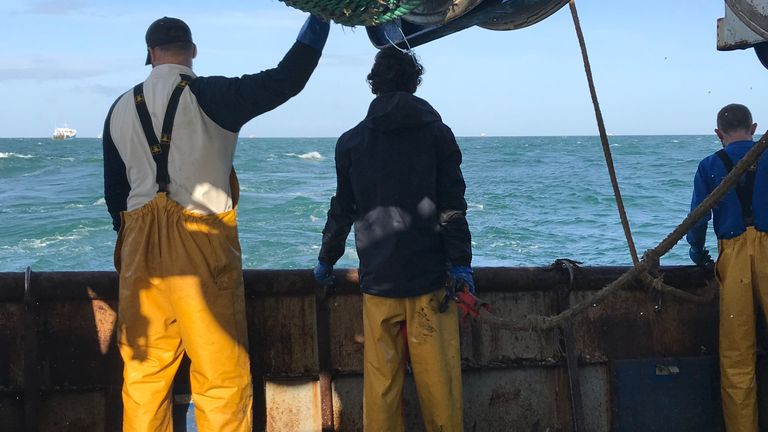 The Cap Lihou is now only allowed to fish in Jersey’s waters for 22 days of the year. Previously it would head there at least 100 days in any given year.

Captain Baptiste Guenon estimates the new rules will cut his business by half.

In the cockpit, he points out the navigation system on the boat which tracks where the other vessels are. Almost none of them were in Jersey’s waters, most of them concentrated in just a few square miles. 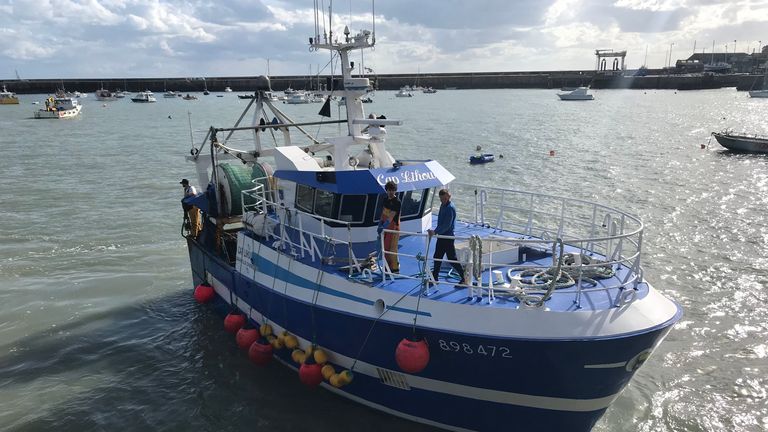 It’s a situation he feels is unfair and unsustainable.

“Jersey needs France in order to sell its produce,” he says. “And we need them for 50% of the fishing waters we use.

“It’s an agreement that’s been in place for years and that they’ve broken.” Fishing for him is more than just a livelihood, it’s a family history and tradition. Every man in his family all the way up to his great-grandfather have been fishermen.

Because of its geographical proximity, French fishermen have fished in Jersey’s waters amicably for centuries.

Baptiste and his colleagues say all they want is a continuation of what they’ve always had, and they insist new conditions weren’t discussed or agreed.

The British authorities say that time allocated in each licence is based on how much each boat has previously fished in Jersey’s waters. It can be updated if more records are forthcoming. But not all boats have good enough tracking data to prove where they’ve been and others have fallen through loopholes.

Baptiste says he has a friend who’s been a fisherman for years and who invested a million euros in a new boat just two months ago.

But because the new vessel had only been at sea a few weeks and because the licences are for boats not the captains, he’s been rejected for a licence to fish Jersey waters.

For now, Jersey isn’t backing down and the French are retaliating.

Jersey fishermen are now being banned and blocked from landing their catch and selling it at numerous ports along the Normandy and Brittany coastlines.

It means many now have too much fish and nowhere to sell it.

Louis Jackson owns The Fresh Fish Company based in Jersey and although he supports the new licensing system, he’s concerned about escalation.

“I’m worried about the future of the fishing industry in Jersey,” he says. “Because of Brexit, we have a golden opportunity to change things and be on a more-than-even playing field.

“At the moment everything is geared towards the French.”

And there are other serious threats on the table. The French maritime minister Annick Girardin has previously threatened to cut electricity to Jersey. Some 90% of the power to the island comes from France via underwater cables.

This week she said talks were ongoing but there hasn’t yet been any agreement. 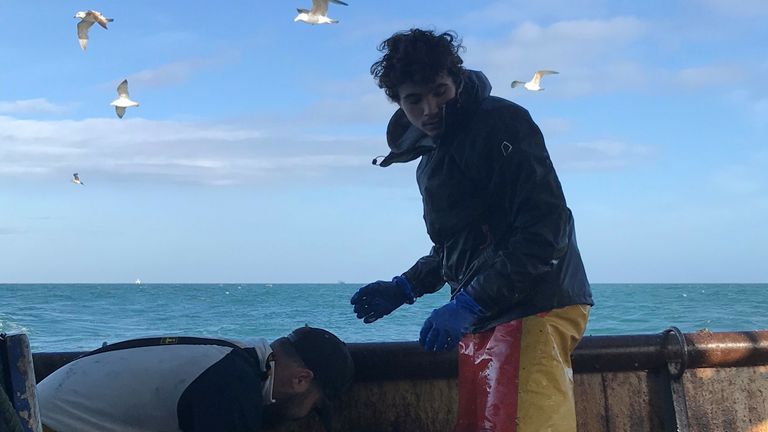 But any official intervention would be slow and likely take many months to resolve: time fisherman on neither side have.

As his catch was hoisted off the Cap Lihou and onto the harbour, Baptiste looked on.

“I’m angry, astonished but above all confused,” he says. “If it doesn’t get sorted soon, things could get a lot worse.”

Politically there’s still a lot to unpack. Fishermen have little choice but to wait.