Priest 'murdered by suspected cathedral arsonist who he welcomed into community' 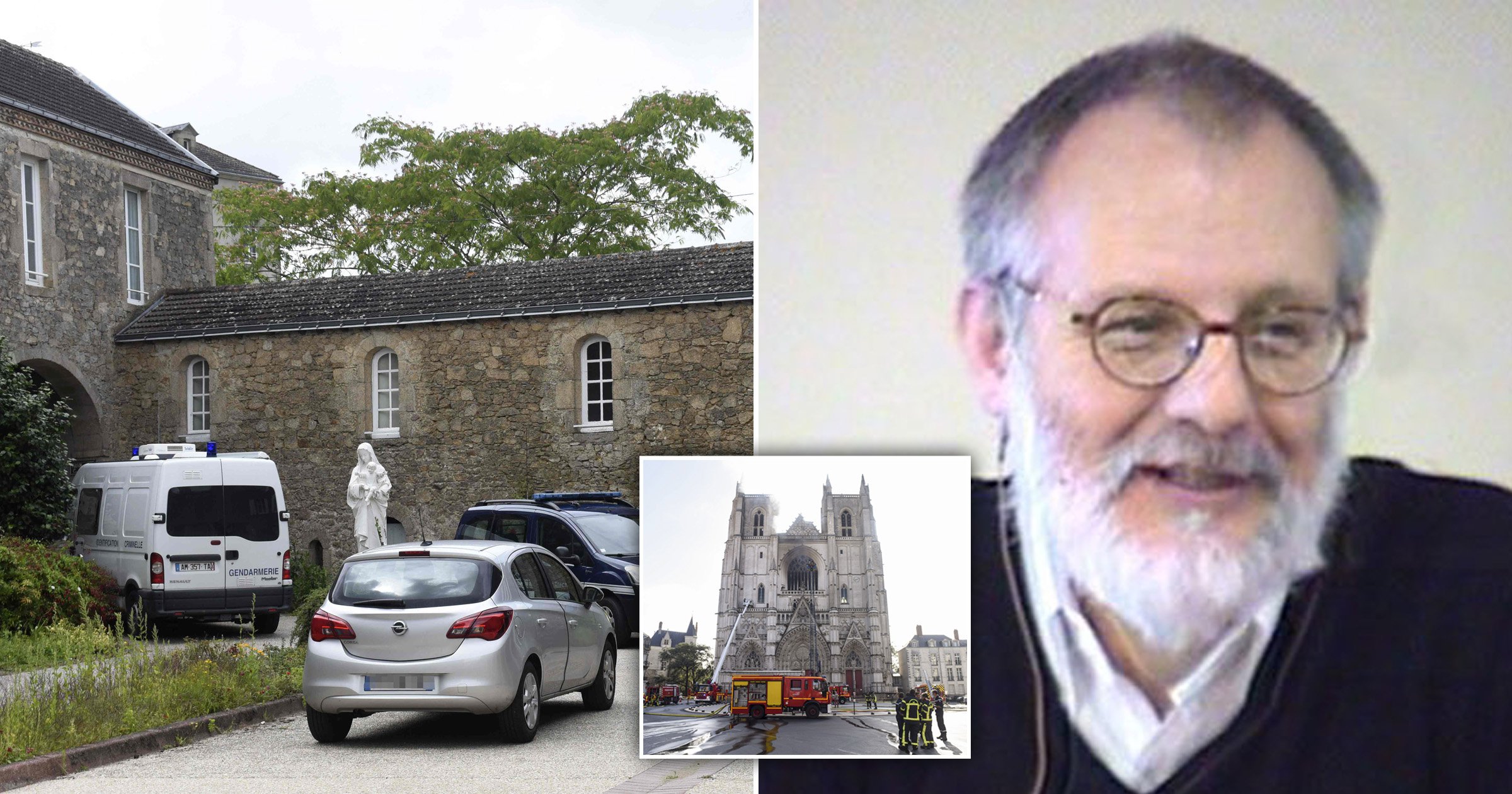 A French priest was allegedly murdered by a Rwandan refugee who was awaiting trial for setting fire to a cathedral.

Emmanuel Abayisenga, 40, is said to have made a full confession after killing Olivier Maire, 60, in Saint-Laurent-sur-Sèvre this morning.

Father Olivier had agreed to welcome Abayisenga – a devout Catholic – into his community of missionaries in May when he was released from prison.

‘He was recently placed under judicial control, and went to live in Saint-Laurent-sur-Sèvre,’ an investigating source said.

‘He is said to have carried out the killing on Monday morning, before handing himself into police.

‘Early evidence suggests he beat his victim to death,’ the source added.

Following today’s attack, French Interior Minister Gerald Darmanin tweeted: ‘All my support for the Catholics of our country after the dramatic murder of a priest in the Vendée region.’

Abayisenga, who arrived in France in 2012, was working as a parish volunteer in Nantes in 2020 when he allegedly set fire to the medieval Cathedral, causing millions of pounds worth of damage.

The worst damage to Saint Peter and Saint Paul’s, which took 400 years to build, was the ‘complete destruction’ of the organ, which dated back to 1621.

Stained glass in part of the building was also destroyed by the heat of the blaze.

Abayisenga’s bail conditions included surrendering his passport, and remaining in France, but he was otherwise free to travel.

Marine Le Pen, the leader of France’s far-right National Rally, reacted most furiously to the killing, saying: ‘You can be an illegal migrant, set fire to a Cathedral, not be expelled and then reoffend by murdering a priest.’

But Mr Darmanin immediately accused her of ‘making a polemic without knowing the facts’.

He said Abayisenga could not be expelled from France while under judicial control, and that he had previously been given leave to stay in the country.

The 85-year-old was killed during Mass in the Church of Saint-Étienne-du-Rouvray in July 2016 by two Islamist terrorists swearing allegiance to Isis.

A police source in Saint-Laurent-sur-Sèvre said there were ‘no indications of terrorism’ in the latest case.

The Nantes blaze happened 15 months after the devastating 2019 fire at Notre-Dame Cathedral in Paris.

Both fires raised major questions about the security risks for historic places of worship across France.