This comes as Victorians trying to return home before the state's border closes with NSW spent hours in traffic jams that reportedly stretched as long as 40km from border checkpoints.

Chief Medical Officer Professor Paul Kelly and Mr Morrison were questioned, at a New Year's Day press conference, on Australia's timetable to distribute a coronavirus vaccine when other countries, such as the UK and America, have already started administering it. 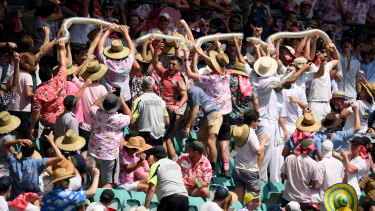 Professor Kelly said he would not take his family to the cricket on Thursday due to fears of an outbreak. Credit:AAP

While the country waits for a vaccine, Professor Kelly said the government had pushed Victoria to step up its coronavirus testing in conversations between health ministers and medical officers.

Professor Kelly said on Wednesday that, despite being a cricket tragic and happy for the test to go ahead, he would not take his elderly family members to the SCG on January 7 because of the risk of coronavirus transmission. 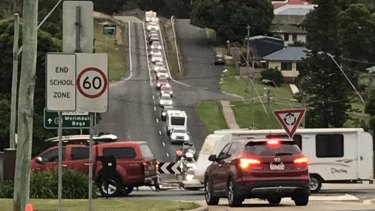 A photograph from the town of Eden, about 40km north of the NSW-Victorian border, at 8pm on New Year’s Eve.

But Prime Minister Scott Morrison, who famously declared as the first wave hit in March that he would go to a final Cronulla Sharks game before reversing course, said on Friday he would go to the cricket if he could.

“If I was in Sydney, I would love to go there and sing the national anthem in the new form,” Mr Morrison said.

But he added several caveats:

For one, he noted the ACT’s border rules prevent people who had been in NSW from entering the territory, and consequently Parliament if they have been in Sydney without going through quarantine. That would likely prevent the Prime Minister from leaving the territory, where he is receiving health briefings. 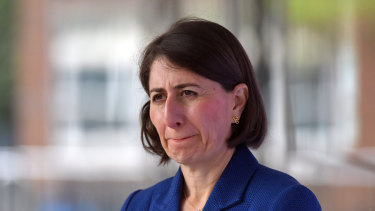 Gladys Berejiklian indicated she would relax the rules for the northern beaches on Saturday. Credit:Sam Mooy

Second, he said, the NSW government was monitoring health advice on the test.

Finally, Mr Morrison said ruefully, there was little chance his wife or daughters would want to accompany him in any case.

The Prime Minister also announced he has leave scheduled from the end of next week, when Deputy Prime Minister Michael McCormack will act in the role.

At about 3.30pm on Thursday, the Victorian government announced the border would close to all Victorians, irrespective of where they had been in NSW, from 11.59pm on Friday.

The border closed for Victorians who had been in the Wollongong or Blue Mountains areas at 11.59pm on New Year's Eve, and Victorians in hotspots were already banned from re-entering the state.

The border closure prompted thousands of Victorians on summer trips to NSW to flood back to Victoria, causing bottlenecks at checkpoints that had been set up across the border.

In NSW, more than 32,000 people had been tested to 8pm on Thursday and Premier Gladys Berejiklian said she would announce a relaxation of the northern beaches restrictions on Saturday, particularly for southern zone residents.