Bottoms up! Cheeky punter gets stuck hanging upside down from fence when she tries to climb into pub garden

Pub-goers were left in hysterics when two cheeky punters attempting to ‘sneak’ into the beer garden got stuck on the fence – with one left hanging upside down by her trousers.

Stunned onlooker Nicole Meadows was enjoying a drink at her local The Hope and Anchor, in Royton, Greater Manchester, on Friday evening when she spotted the daring duo attempting to nab a vacant bench.

In the hilarious clip, one of the women attempts to step over the railing but becomes tangled with her foot wedged between the bars.

At this point her friend decides to dive over the railings head first.

She flings herself over the railing but the waist of her jeans becomes caught on the metalwork, leaving her suspended upside down for more than 30 seconds.

The pair are both stuck and unable to help each other as punters in the beer garden turn their attention to the bizarre situation.

In the video 30-year-old Ms Meadows and other witnesses can be heard cackling in the background as the unknown women are finally helped over the fence by two kind strangers inside the beer garden.

Once freed from her predicament, the upside-down woman announces: ‘I’ve hurt my vagina’ to entertained customers, before asking if she can have a seat if she walks around to the proper entrance.

Ms Meadows, from Middleton, Greater Manchester, said: ‘It was hilarious. I’ve never seen anything like that before.

‘It was highly amusing. Everybody was laughing. 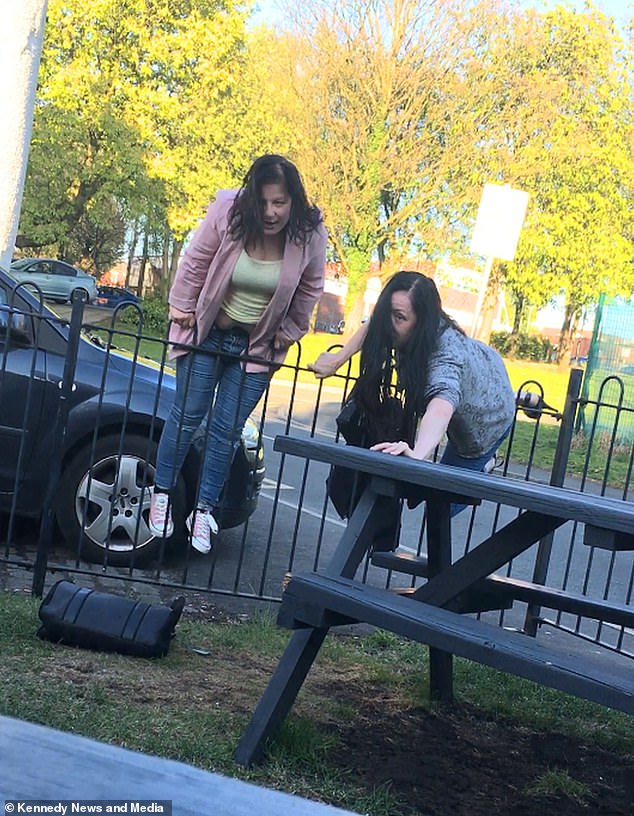 One of the women gets her foot wedged between the bars as she tries to get into The Hope and Anchor, in Royton, Greater Manchester, on Friday evening. Her friend then flips upside down 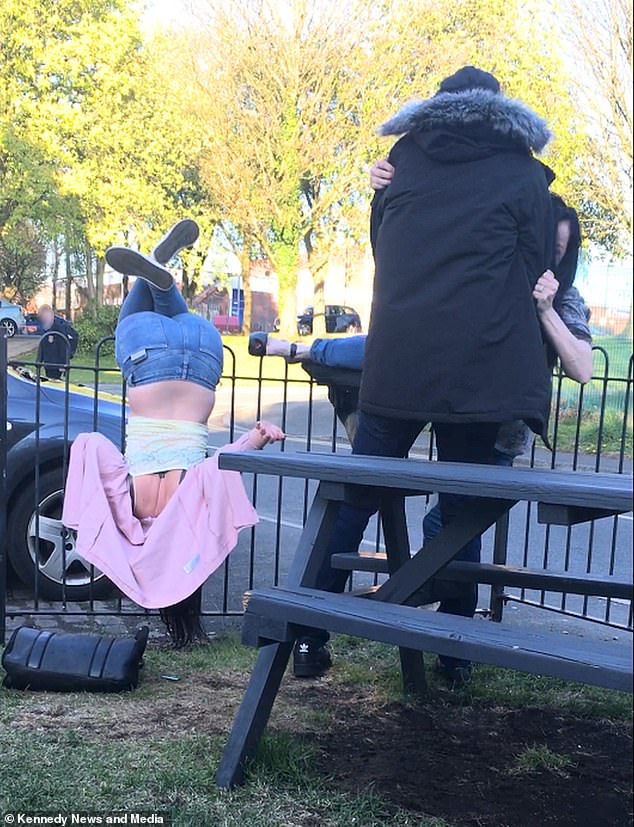 The pair, who are clearly in a pickle, are both stuck and unable to help each other as punters in the beer garden turn their attention to the bizarre situation 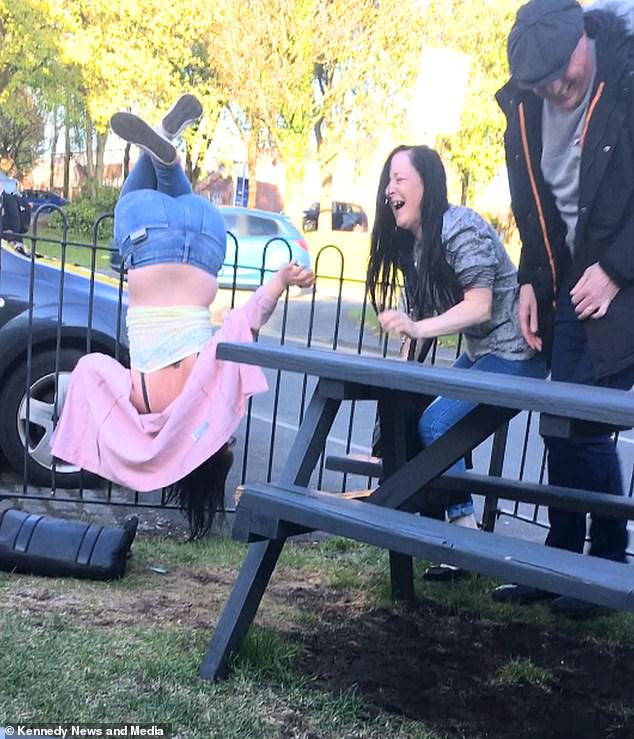 A kind stranger helped the first woman down, who then burst into fits of laughter seeing that her friend was suspended upside down

‘They’d closed the doors because the pub was full, but there were still a couple of empty benches outside.

‘The girls were trying to climb over the fence to sit at one of the benches and get served.

‘The doors were closed and there was a sign outside saying they were at full capacity on a blackboard. But it’s an open beer garden and you can see [the seating].

‘The first girl managed to get over, but the second one didn’t.

‘I think she wrapped her legs around [the fence] to try and save herself from smashing her face open.’

‘[She was] saying “I deserve a drink because I hurt my vagina”. She definitely wanted a beer.

‘We all found it funny. She’s lucky it’s an open beer garden because she could have been dangling there.’

‘Somebody sat at the back of the pub [got up to] try and help her over. 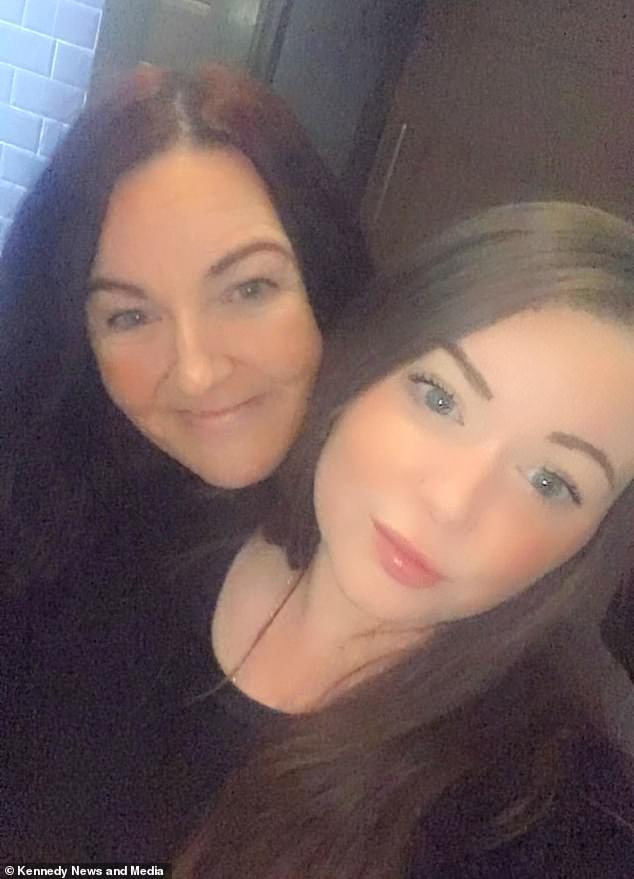 Ms Meadows, a care worker, (right) had been with her mother Vicky Meadows (left) when the chaotic scene caught the attention of the entire beer garden

‘[After the incident] she just accepted the fact they weren’t allowed in and tried going somewhere else.

The care worker had been at the pub with her mother Vicky Meadows.

The landlady of The Hope and Anchor pub, Margaret Newton, said she asked the two women to come back another time and was glad they didn’t come to any harm.

Ms Newton said: ‘The door was shut, she tried to get in and she wasn’t served.

‘I told her to come back later on when it might have died down, but she didn’t do. I haven’t seen her since.

‘I’ll just be glad when we can get back to normal. We’ll be able to welcome people back in and save all this hassle.’