Home » World News » Putin challenges the West: 'They want to beat us – let them try'

Putin challenges the West: 'They want to beat us – let them try'

Putin challenges the West to try and take on Russia’s army, declaring ‘They want to beat us on the battlefield – let them try’ as he accuses the US of ‘decades of extreme aggression’

Vladimir Putin has vowed to defeat the West on the ‘battlefield’ and suggested he could escalate the war in Ukraine.

The Russian leader announced at a televised meeting with MPs this afternoon: ‘Today we hear that they want to defeat us on the battlefield. 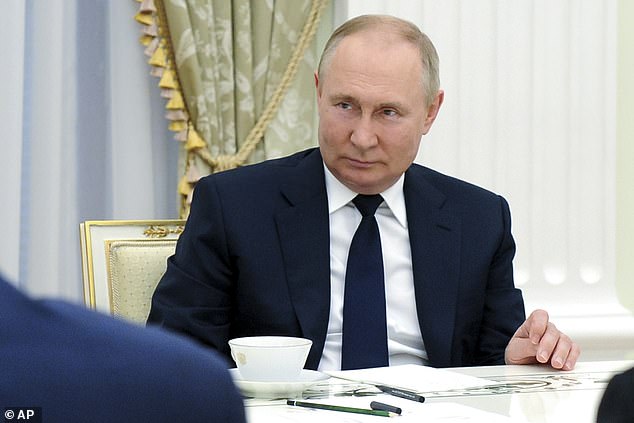 Putin added: ‘The collective West, led by the US, had been extremely aggressive toward Russia for decades.’

He opined that Russia ‘has not started anything seriously in Ukraine’.

The Kremlin leader added ominously: ‘We haven’t really started anything yet.

‘We have heard many times that the West wants to fight us to the last Ukrainian. This is a tragedy for the Ukrainian people, but it seems that everything is heading towards this.

‘The West is degenerating into totalitarianism. It has failed in its new attempt to contain Russia. We are now in the start of a transition to a multi-polar world.’ 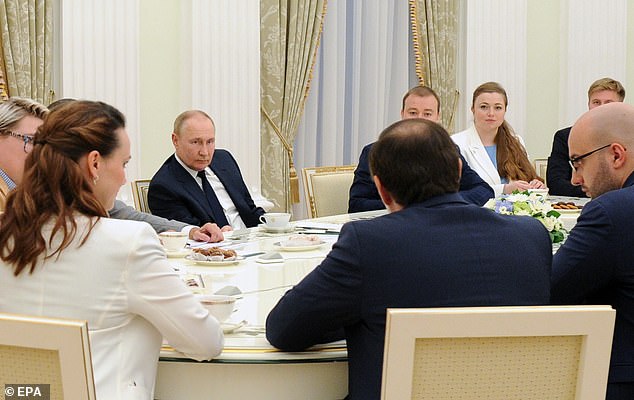 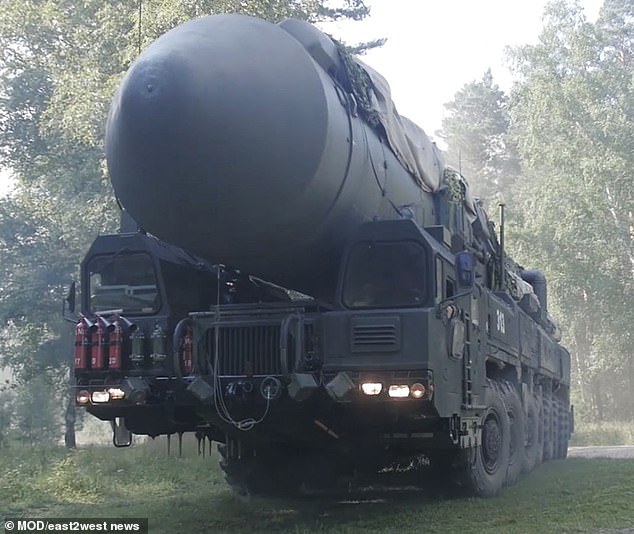 Putin has bragged about the might of the Russian army, which has failed to take all of Ukraine in a months-long invasion. Pictured: a Russian road-mobile missile system in eastern Ukraine

The defiant comments came as Ukrainian forces raised the flag above Snake Island for the first time since they retook the Black Sea archipelago last week.

Guards chief Arut Papoian said: ‘Snake Island has always been Ukrainian and always will be. And no temporary occupation will change that.

‘Soon all of Ukraine will be freed. We will win together.’ 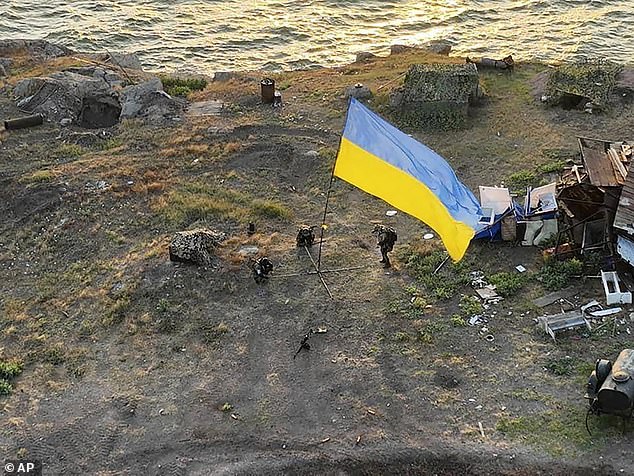 Snake Island was ‘covered in fire’ after a volley of rocket attacks on Russian positions, Kyiv said

Putin’s remaining troops on the island fled in the middle of the night on two speedboats, with the rocky island left ‘covered in fire’ following a fresh volley of rocket attacks on remaining Russian positions, Ukraine’s military said.

The Russians made unsuccessful attempts to destroy their remaining equipment abandoned on the island, to keep it from falling into Ukrainian hands and being turned against its creators.

The retreat represented a humiliating strategic blow for Putin in a war that has seen him lose tens of thousands of soldiers and vast amounts of military equipment.

Lapdog MPs have also urged Putin to take back Alaska from the United States in audacious new comments. 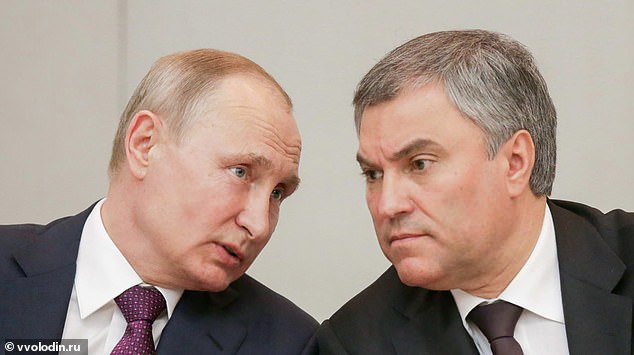 Vyacheslav Volodin, speaker of the state Duma and Russia’s most senior politician, made the astonishing suggestion during a session of parliament on Wednesday.

Volodin said that America ‘must remember before it starts spending seized Russian money’ – and ‘that we also have something to get back’, telling MPs to ‘keep an eye on Alaska’.

Tsar Alexander II sold the territory to US President Andrew Johnson in 1867 for $7.2million – $144million in today’s money – and it became a state in 1959. ‘Decency is not weakness,’ Volodin told the lower house of parliament on Wednesday.

‘We always have something to answer with. ‘Let America always remember, there is part of its territory… Alaska.’ 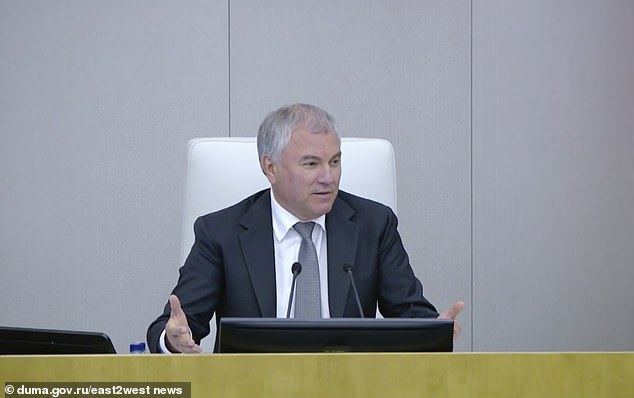 Volodin said: ‘Let America always remember, there is part of its territory… Alaska’

President Zelensky and his allies have ramped up calls to use seized Russian assets to pay for the rebuilding of Ukraine in recent weeks, ahead of making a formal proposition to the UN in September.

Ukraine estimates the cost of rebuilding damage to the country – as things stand today – is an eye-watering $750billion (£625billion).

In order to ease the burden on both Kyiv and its allies, politicians say seized Russian assets – including $300billion (£250billion) in foreign currency reserves – should contribute towards the final bill.