Vladimir Putin today said it was time to ‘turn the page’ on the ‘trivia’ of Russia’s difficult relationship with Britain – but Theresa May’s spokeswoman said that would depend on Russia changing its behaviour.

Relations between Russia and Britain have been in tatters over the March 4, 2018, nerve agent attack on double agent Sergei Skripal and his daughter Yulia in the city of Salisbury. They spent weeks in critical condition, but recovered.

Britain has accused Russia of poisoning them with the nerve agent Novichok, accusations Moscow has denied.

The Prime Minister’s spokeswoman today described the poisoning as a ‘despicable act’. 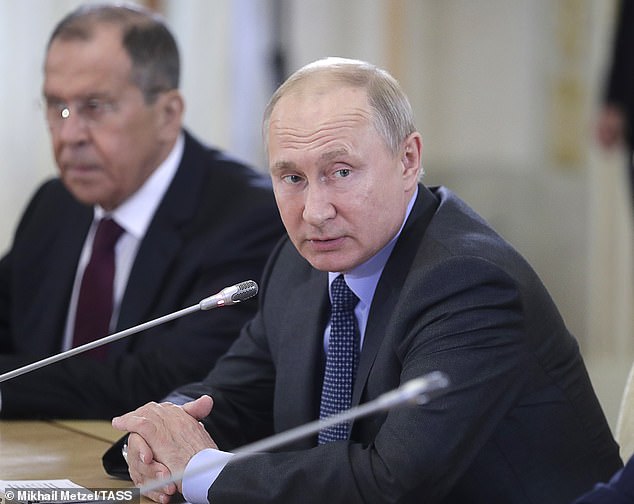 ‘We can only have a different relationship if Russia changes its behaviour,’ she said.

Russian President Vladimir Putin had earlier said a page should be turned on the strain in relations between Moscow and London.

Speaking Thursday at a meeting with chiefs of international news agencies in St. Petersburg, Putin said that ‘interests in economic and social spheres and global security are more important than spy games.’

Moscow and London should ‘leave all that trivia aside and do business,’ he added.

Meanwhile Putin said he wasn’t offended by that Britain did not invite him to ceremonies marking the 75th anniversary of the D-Day landings, saying he has ‘plenty of other things to do.’ 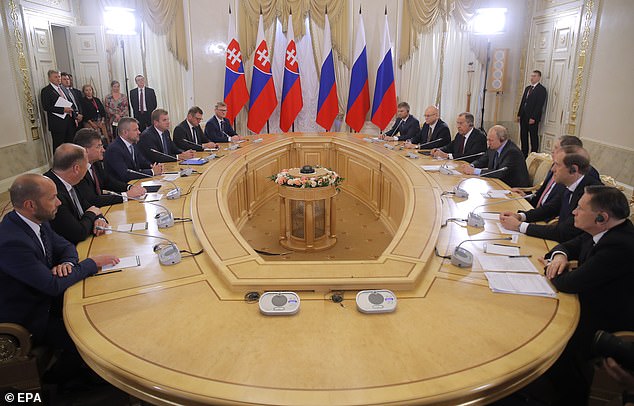 Speaking of the strained relations between Russia and Britain since the Salisbury poisonings, Vladimir Putin (fourth right) said the two country’s should ‘leave all that trivia aside and do business’

The Russian president hosted Chinese leader Xi Jinping on Wednesday as many other world leaders gathered on the south coast of England to mark the anniversary.

Putin did attend the 70th anniversary commemorations in France five years ago. Russia was not involved in D-Day but the Soviet effort was crucial in defeating the Nazis on the Eastern Front.

He emphasized the Soviet role in WWII, saying that D-Day marked the opening of a ‘second front,’ while ‘we had the first one.’

At the same meeting, Putin said Moscow didn’t meddle in the 2016 U.S. presidential election, and never will.

‘We didn’t meddle, we aren’t meddling and we will not meddle in any elections,’ he said. 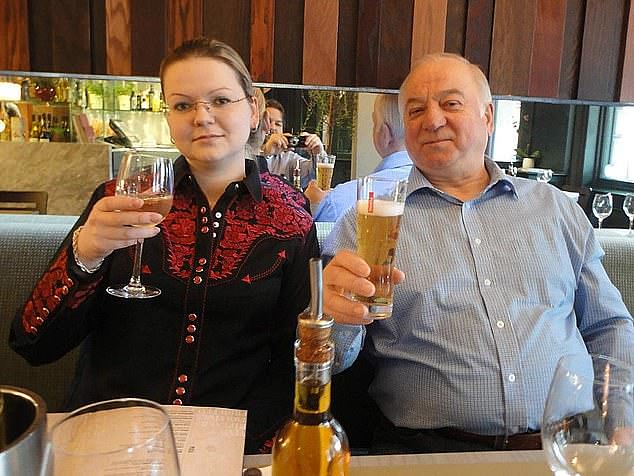 Putin and other Russian officials have staunchly denied any interference with the U.S. vote, even though U.S. special counsel Robert Mueller has uncovered evidence of a Kremlin operation to interfere with the 2016 vote.

He had earlier criticised the United States for shunning talks on extending the New START pact – a key nuclear arms reduction pact, set to expire in 2021 – raising new threats to global security.

The pact that was signed in 2010 by U.S. President Barack Obama and Russian President Dmitry Medvedev limits each country to no more than 1,550 deployed nuclear warheads and 700 deployed missiles and bombers. 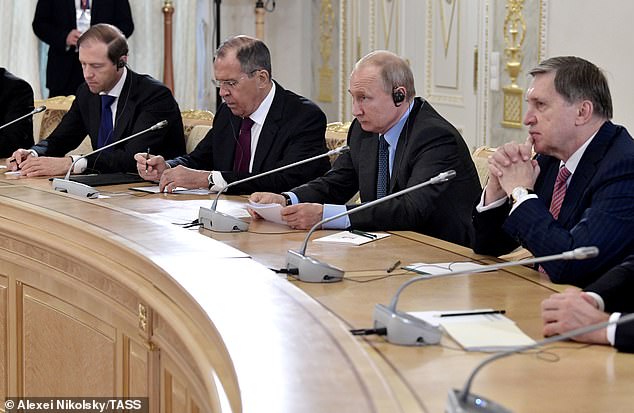 Putin also said during the meeting that Russia did not interfere in the 2016 U.S. election, nor will it ever do so in future elections

Putin also criticized the U.S. withdrawal from another key arms pact, the 1987 Intermediate-Range Nuclear Forces Treaty, and rejected Washington’s claims of Russian violations of the agreement.

On the topic of Venezuela, Putin said it was up to the Venezuelan people to decide whether President Nicolas Maduro should stay in power.

Russia has staunchly backed Maduro, while the U.S. and several dozen other nations have thrown their support behind opposition leader Juan Guaido and recognized him as interim president.

Putin said Guaido is a ‘nice person,’ but added that his leadership claim has created a precedent that could ‘lead to chaos across the world.’ 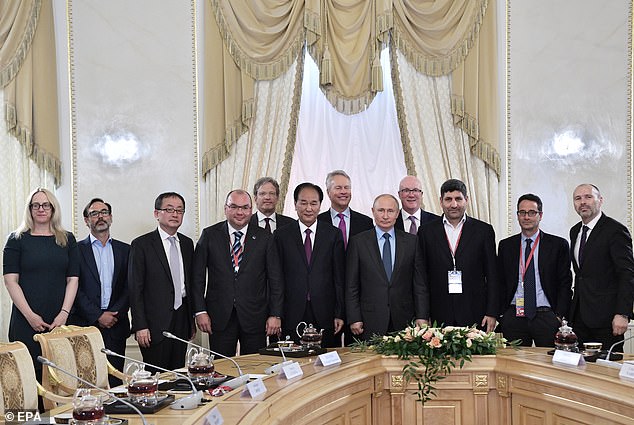 On the topic of Venezuela, Putin said it was up to the Venezuelan people to decide whether President Nicolas Maduro should stay in power

Despite this, Putin told reporters that Moscow has no intention to deploy its troops or set up military bases in Venezuela.

But he said Russian experts have been in Venezuela to service Russian-made weapons bought by Caracas.

Putin was responding to a question about a tweet by U.S. President Donald Trump earlier this week that said Moscow had informed Washington it had pulled out its personnel from Venezuela.

‘We aren’t creating any bases or sending troops there,’ he said. ‘But we will be keeping our obligations in the sphere of military and technical cooperation.’

The Russian leader said the U.S. sanctions against Venezuela have hurt ordinary people and warned Washington against using force.