Home » Putin’s poodle! Germany will not support NATO in any future wars with Russia – expert

Putin’s poodle! Germany will not support NATO in any future wars with Russia – expert

He argued that Berlin’s growing dependency on Russian gas and coronavirus vaccines makes it less likely that Germany would be willing to confront Putin. Wolfgang Münchau, head of the think tank Eurointelligence, believes that the next potential flashpoint between Moscow and the West could be a 65km long strip of flat land along the Polish-Lithuanian border, known as the Suwalki Gap. In the north-south direction it separates the Russian enclave of Kaliningrad from Belarus, while in its east-west direction it forms the only land connection between the Baltic States and the rest of the EU via Poland.

Given that the Russian President and his Belarus counterpart Aleksandr Lukashenko are in talks about a political union, Mr Münchau suggested that Mr Putin might be tempted in the near future to initiate a land grab to both physically reconnect the Kaliningrad enclave with Belarus and cut the Baltic States off from the rest of Europe.

Writing for eurointelligence.com, the associate editor of the Financial Times observed that European history is littered with examples of authoritarian leaders using artificially engineered incidents as pretexts for military invasions.

He said: “One of the lessons of European history is that corridors are bloody dangerous.

“When we heard Vladimir Putin accusing the west of staging a military coup in Belarus to topple Lukashenko, we listened up because European land grabs are usually preceded by fake allegations and staged incidents.” 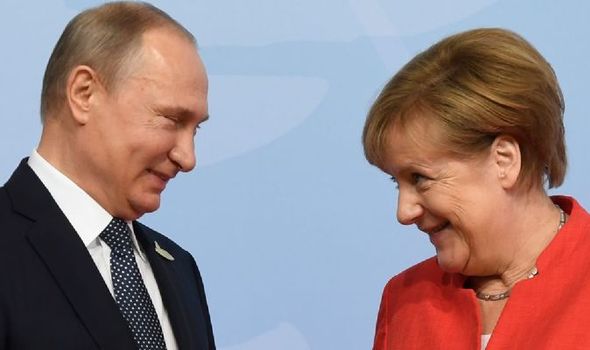 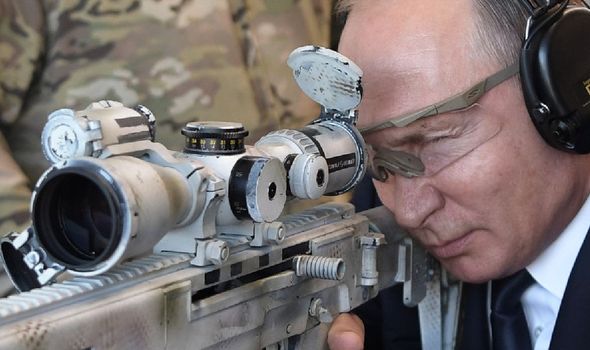 He added: “Putin is actively cultivating stories of a western plot to assassinate Lukashenko.”

Mr Münchau believes it is not unrealistic to foresee a situation where events lead to a military confrontation in the wider Polish-Lithuanian-Belarus border area.

And he confidently predicts that should that happen, Germany would play no part in repelling a Russian attack.

He wrote: “I see no chance whatsoever that Germany would ever participate in military action against Russia – even if Russia invaded the Baltic Republics. 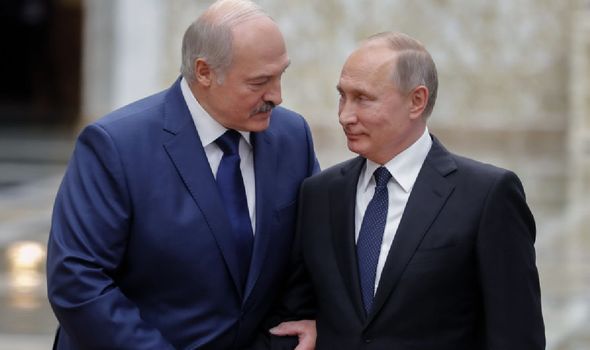 “Just consider the words of Frank-Walter Steinmeier, the German president, who said Germany owed the Nord Steam 2 pipeline to Russia to atone for its sins during the second world war.

“He once described Nato exercises in the Suwalki gap as sabre-rattling.”

Mr Münchau concluded: “I see no majorities in German politics for any form of military action.”

Lithuania, Latvia and Estonia gained their independence after the fall of the Soviet Union in 1991, before then going on to join both the EU and NATO. 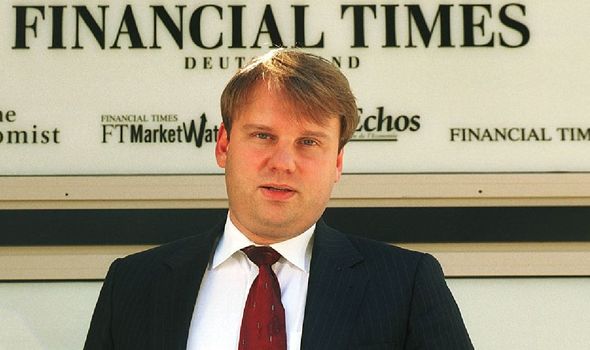 However, Moscow has always considered the Baltics as an area of key strategic importance to its security and national interests.

Both Estonia and Latvia have sizeable Russian minorities living in their countries, and in the past Mr Putin has not hidden his desire to reunite all Russian-speaking peoples with the Russian Federation.

In an interview in 2015, the Russian supremo said: “Do you think it’s normal that 25 million Russian people were ‘abroad’ all of a sudden?

“Russia was the biggest divided nation in the world. It’s not a problem? Well, maybe not for you. But it’s a problem for me.”