Queen Victoria would have been better at social media than Meghan Markle because she loved sharing insights into her life, says historian

Queen Victoria would have been even savvier on social media than today’s royals, a historian has claimed.

The Duke and Duchess of Sussex have almost nine million followers on their official Instagram account, which they’ve used to give the world the first glimpses of their son Archie.

Now historian Jane Ridley has told how Victoria would have made even greater use of modern technology than the likes of Meghan Markle or her fellow actress Jenna Coleman, the star of ITV period drama Victoria who regularly shares pictures of herself in costume online. 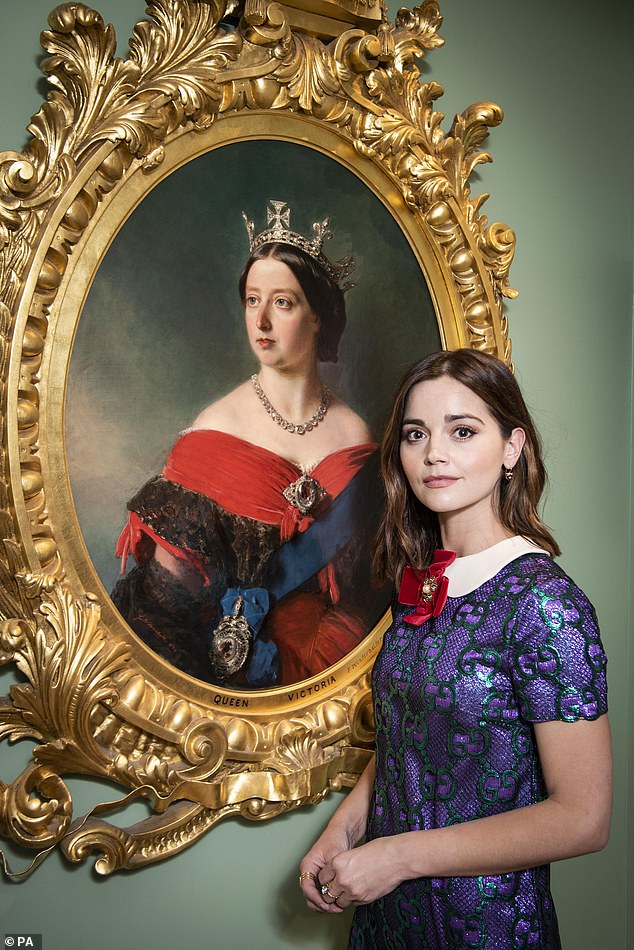 Jenna Coleman, star of ITV’s Victoria, posing in front of a portrait of Queen Victoria at Kensington Palace

Although she became a recluse following the death of her husband Albert in 1861, the real Victoria maintained a fierce desire to share insights into her life with her subjects.

Mrs Ridley – author of Victoria: Queen, Matriarch, Empress – told an audience at the Chalke Valley History Festival: ‘Victoria would have been even better than Meghan Markle at constructing a narrative on Instagram.

‘Her story was of the grieving widow, her whole life completely ruined by the loss of her husband, who shuns society and wears the same colours, who refuses to go to parties and never goes out… she was a woman who was suffering and to some extent sharing her story with the nation.’ 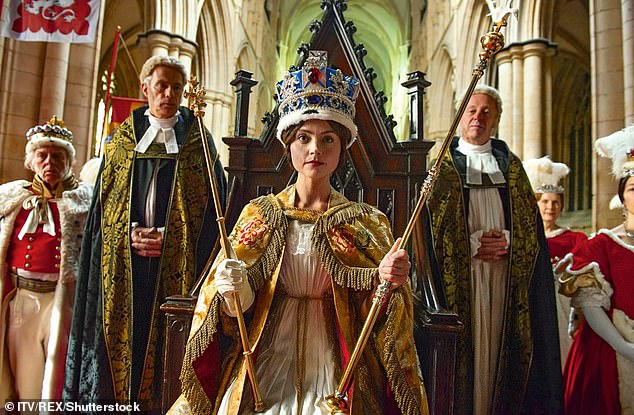 Jenna Coleman as Victoria in the  ‘Victoria’ TV show in 2016

Mrs Ridley described the monarch, who ruled from 1837 until her death in 1901, as having a ‘filthy temper’, rampaging through Buckingham Palace after arguing with Albert.

She added that the queen was emboldened to make provocative political comments as a result of her gender.

Victoria could not bear prime minister William Gladstone, branding him ‘mischievous firebrand, arrogant, tyrannical and obstinate’. Mrs Ridley explained: ‘If Victoria had been a man and said the things she did… she would have been taken seriously, but because she was a woman they ignored her.’