AN RAF pilot narrowly avoided crashing his transport plane into a bus packed with Afghan evacuees as the aircraft skimmed over the top with just 10 feet to spare.

Wing Commander Kev Latchman revealed how his C-17 plane was hurtling along the runway when he saw three vehicles pull out in front of him at the airport in Kabul. 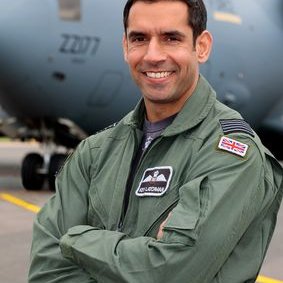 It is believed the vehicles – which included the bus packed with desperate Afghans trying to flee the Taliban – took a wrong turn amid the chaos.

Wing Commander Latchman and his flight crew spotted them as they were just 1,000 feet away on the live runway.

And then the crew had to make a split second life or death decision.

The C-17 was travelling too quickly to stop safely before colliding with the convoy – meaning even if they aborted they would still smash into them.

So the hero pilots decided to proceed with the take off to try and overshoot the vehicles.

Even though they were not going fast enough for their planned take off speed, the crew knew they had to get the £263million aircraft up or face a catastrophic disaster.

"At this point, we were doing about 95 knots and they were about a thousand feet ahead of us," he told Sky News.

With this speed and distance, it would mean they crew had just six seconds before a crash.

The commander went on: "We realised that we wouldn't have been able to reject [abort] the take-off, because if I tried to reject then I would have basically… taken out the bus and that doesn't really bear thinking about."

Hurtling towards the bus and the other vehicles just moments from disaster, the crew decided to pull up.

Wing Commander Latchman, the commander of 99 Squadron, gave the order to his co-pilot – and the plane managed to strain itself into the air with just 10 feet to spare.

We got airborne and we just missed the bus by probably about 10, 15ft

"So I said, 'I think we're going to need to rotate early'.  And the other pilot agreed," he said.

"We started to rotate the aircraft about 20 knots earlier than rotate speed.

"We got airborne and we just missed the bus by probably about 10, 15ft."

The incident took place on August 26 – just hours after ISIS-K detonated a suicide bomb outside the main gate at Hamid Karzai International Airport.

Wing Commander Latchman and his crew were working without runway lights due to a blackout.

And air traffic controllers thought they would not have been able to make the take off without missing the bus.

"We didn't think you were going to make it. We were praying for you," Latchman recalled the tower said.

The airman added he was "quite calm" while dealing with the potential bus disaster "because you've got no choice".

Wing Commander Latchman's story is just one the tales to emerge from Operation Pitting – the UK's two week evacuation mission from Kabul.

The RAF flew more than 15,000 Afghans, British nationals and others to safety in the biggest evacuation since World War 2. 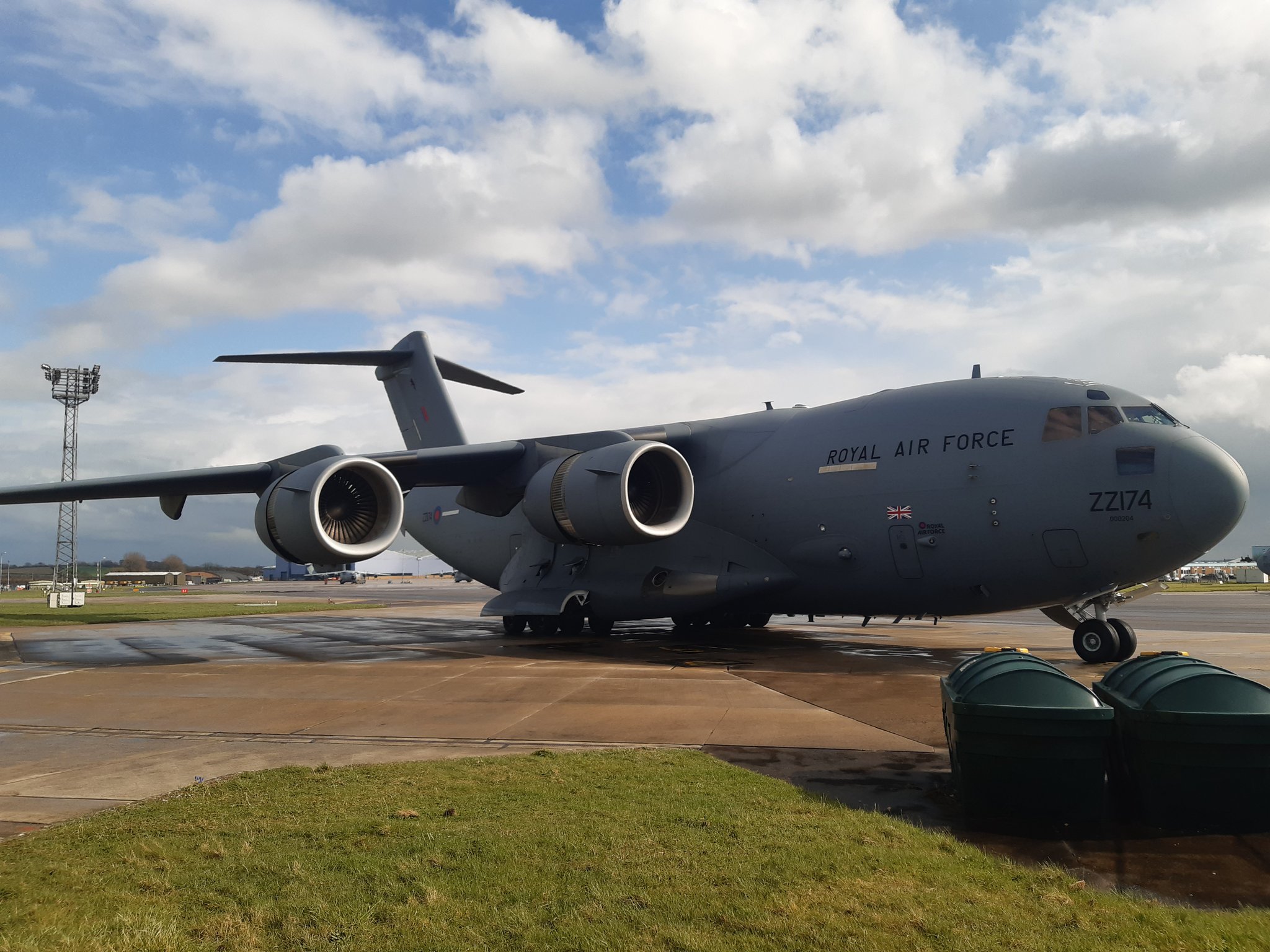 Crowds of desperate Afghans – many of whom had never flown before – were loaded terrified and traumatized onto planes.

And they had spent days navigating the chaotic conditions outside the airport, with blistering heat, food and water shortages, and brutal Taliban fighters roaming the crowds.

The final days of the operation also took place under the fears of terror attacks – with militant group ISIS-K eyeing bloodshed to capitalise on the carnage.

Military planes at the airport were reported to be making "diving combat landings" – while others fired flares as they took off to fend off any potential missile attack.

"The conditions were stark, you know, when you look down the back, you've got anxious faces," said Latchman.

"You had some people who didn't think they were going to leave Afghanistan. So when they got on board the airplane… the relief led to, you know, some spontaneous reactions.

"We had one lady who was spontaneously vomiting continuously all over the airplane because she'd lost her husband the day before and she didn't know what was going to happen."

LEFT TO THEIR FATE

British, American and other allied forces defeated the Taliban in 2001 after they allegedly harboured al-Qaeda terrorists who plotted the World Trade Centre attacks on 9/11.

Western nations have spent 20 years trying to rebuild Afghanistan as a new democratic government was installed and brutal laws enacted by the Taliban were ended.

However, the occupation was under constant attack from terrorist forces – and US President Joe Biden had declared his desire to end so-called "forever wars".

Some 20 years of work was undone in a matter of weeks as the Taliban surged back to power – sometimes unopposed – and recaptured Kabul as Western forces boarded evacuation planes.

US President Joe Biden in particular is facing heavy criticism over the botched handling of the withdrawal in what is being described as one of the biggest foreign policy disasters since the Vietnam War.

The group however appears to be attempting to present a more modern face with a slick PR operation – including an appearance Good Morning Britain – and promises of an "amnesty" for their enemies.

But reports of door-to-door killings are widespread – with any allies of the West particularly at risk.

However, resistance forces holding out in Afghanistan's final free district, the Panjshir Valley, are continuing to fight back against the Taliban.

Foreign secretary Dominic Raab today that Britain will not be recognising the Taliban as Afghanistan's government "for the foreseeable future".

Foreign secretary Dominic Raab today that Britain will not be recognising the Taliban as Afghanistan's government "for the foreseeable future".