The Royal Air Force has released a video of pilots in simulated combat with NATO warships in the sea off Lithuania a day after Russia announced they would be ordering six new warships to bolster their Baltic fleet.

The mock air attacks were carried out by RAF typhoons from six squadron, which are currently based at Siauliai Air Base in Lithuania.

They are stationed in Lithuania as part of the NATO Air Policing mission to protect their airspace, as well as those of Estonia and Latvia.

The RAF are also conducting training activities and exercises with other NATO Allies and regional partners.

Footage from the mission shows RAF pilots in a series of death-defying aerobatic manoeuvres.

The training exercise comes days after Russian Naval command announced it would be adding another six cutting-edge warships to its Baltic fleet amid rising tensions in the Baltic sea. 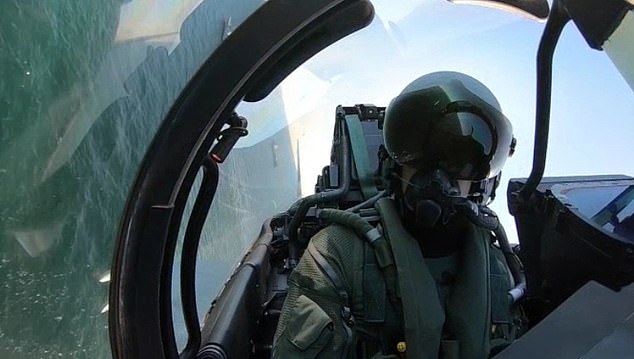 Pictured: The first pilot can be seen leaving the NATO warships behind him after rushing towards at them simulate an attack in the Baltic Sea 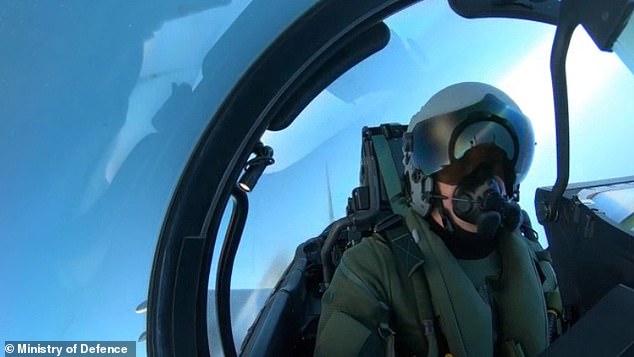 Pictured: The pilot can be seen driving his aircraft up towards the sky in a loop-the-loop aerobatic manoeuvre over the Baltic Sea

The first pilot can be seen rushing past a group of NATO warships in the water before twisting the plane so its wings are cast downwards towards the sea.

A second pilot repeats the stomach-churning move and both can be seen twisting over themselves in loop-the-loops.

The second pilot soars up in the sky, above the dark grey clouds where the sun is blazing, before diving through them to the overcast airspace.

The exercise was designed to test the air defences of the Standing NATO Maritime Group One Task Force, which is commanded by Commodore Yngve Skoglund of the Royal Norwegian Navy.

The breathtaking aerobatics were designed to simulate real-life air attacks from advanced aircraft. 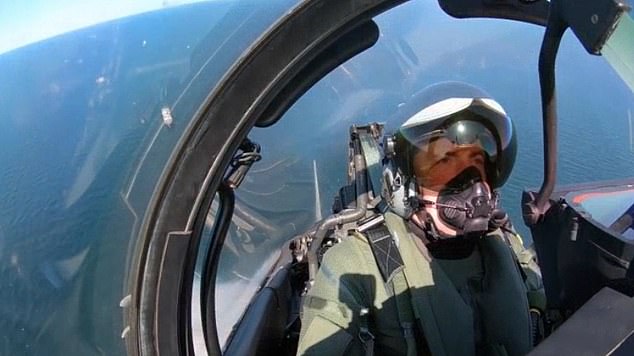 Pictured: The second pilot leaves the Baltic Sea behind him as he drives the plane up through the clouds 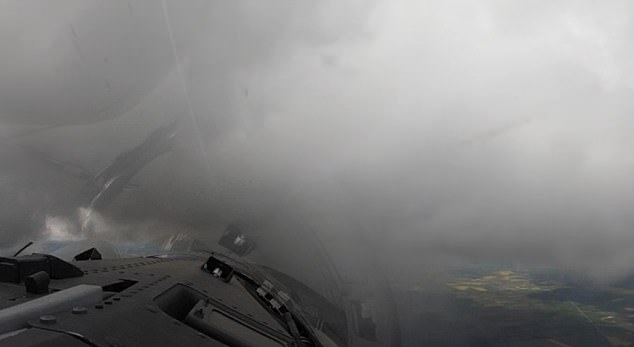 Flying through heavy cloud, the pilot prepares to ascend. The lead officer for the training exercise said that when flying at low-level over the sea ‘if you lose concentration […] the results can be catastrophic’ 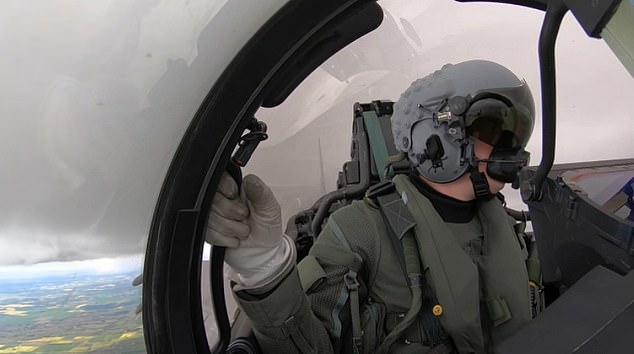 This summer the Russian Navy is likely to hold its third ‘Ocean Shield’ exercise in the Baltic Sea. Last year’s involved 10,500 troops and dozens of warships.

The RAF pilot leading this week’s exercise said: ‘Flying at low-level over the sea is a complex and dangerous environment.

‘If you lose concentration, even for a moment, the results can be catastrophic, let alone when you’re performing aggressive and dynamic manoeuvres.’

He added: ‘Having experienced this from the other side I can appreciate the workload the ship’s company were under.

‘Watching them manoeuvre on the attack runs was an incredible sight and certainly isn’t something you get to see every day.’

The Typhoon FGR.Mk4 is a fourth-generation combat aircraft used for air policing, peace support and high-intensity conflict, according to the RAF.