A Ryanair flight descended into chaos when an Italian woman violently attacked another passenger and had to be forcefully removed from the plane. All passengers were required to wear a face mask under rules to curb the spread of Covid. However, the woman in question refused to wear a mask and assaulted fellow passengers when they challenged her.

The woman was then dragged off the plane and lashed out at the flight crew who tried to detain her.

Video footage shared on YouTube shows the chaos unfold on the flight from Ibiza, Spain to Milan, Italy.

It is thought that the incident happened on Wednesday May 26 and the footage has been circulating online since the weekend.

According to local media reports, the Italian woman had been asked by other passengers to wear a face mask. She reacted by verbally insulting them and spitting on them. 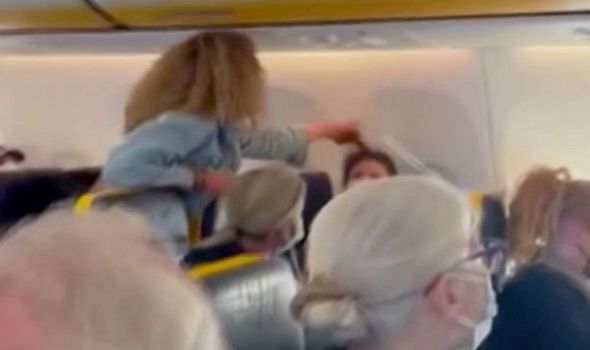 She then leans over the chairs to a woman in front and yanks her hair as she yelps in pain.

The video cuts to several members of the flight crew trying to remove her from the plane, which was yet to take off.

The row escalates and the woman repeatedly kicks members of the crew, shouting and hurling insults at them. 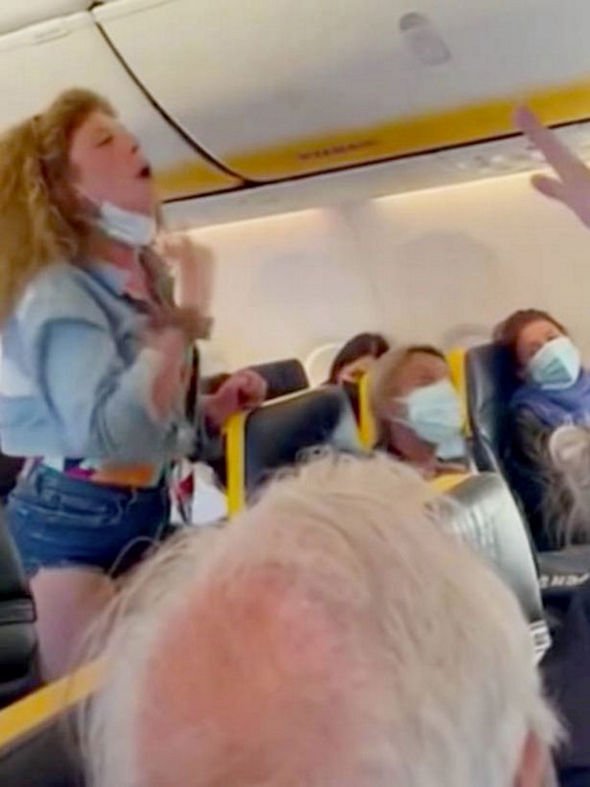 It is not known if the woman faced any further disciplinary action once she was removed from the plane.

According to guidance on the Ryanair website, face masks or coverings are mandatory at all times in the airport and on board all flights.

The guidance says that refusal to wear a mask is a health and safety risk and it could make other passengers and the crew feel uncomfortable.

Children under six do not need to wear a face mask and if you suffer from a medical condition that prevents you from wearing a face mask you must show a medical certification proving your condition.