Rail bosses are urging ministers to raise taxes on road and aviation fuel to cut carbon emissions and encourage more people to travel by train.

Under proposals drawn up by the Rail Delivery Group (RDG) industry body, fuel duty would be increased for the first time in a decade and taxes added to the purchase of jet fuel – leading to higher air fares for holidaymakers.

But motoring groups and airline bosses reacted with fury last night, pointing out that British motorists and air passengers are among the most taxed in the world.

The AA said drivers are already fleeced on fuel duty, road tax and resident parking permits while being ‘hunted at every turn for parking, bus lane and other fines’. 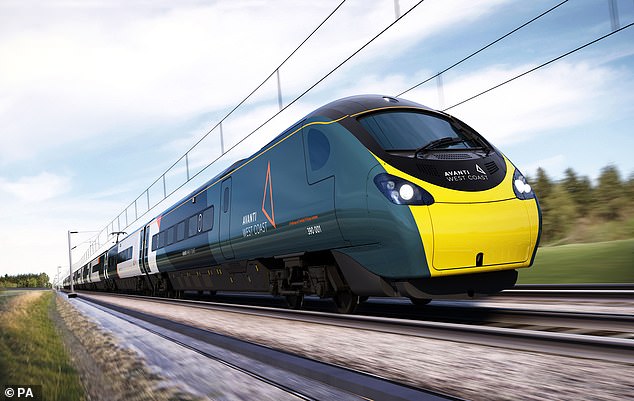 Under proposals drawn up by the Rail Delivery Group (RDG) industry body, fuel duty would be increased for the first time in a decade and taxes added to the purchase of jet fuel

And the Airlines UK trade body warned higher fares would penalise isolated communities which rely on regional airports because of poor rail links.

They urged train companies to instead focus on ending rip-off rail fares.

The average cost of a rail season ticket passed £3,000 for the first time last year and analysis has shown that travelling by train can be up to 13 times more expensive than driving.

And it is often cheaper and faster to take a domestic flight. The Daily Mail found that a British Airways return service from London to Manchester next Monday costs £152 – £10 cheaper than a return rail ticket with Avanti West Coast.

However, rail bosses say increased taxes on air routes would allow them to reduce long-distance fares.

The proposals from the RDG have been submitted to the Department for Transport’s decarbonisation plan – which is part of the Government’s effort to reduce emissions to net zero by 2050.

But Howard Cox, founder of the FairFuelUK pressure group, added: ‘The gobsmacking smugness of the nation’s train operators beggars belief. To make the world’s already highest taxed motorists subsidise their financial failures and management incompetence is shameful. It’s time the UK’s 37million drivers got a real break from being the easy cash cows for every transport and environmental issue.’