The former chief of Victoria’s gambling regulator says the watchdog’s public servants are too preoccupied with the administration of liquor licences to properly police Crown casino.

Peter Cohen, who ran the Victorian Commission for Gambling and Liquor Regulation until 2010, said the organisation had lost its focus on gaming and it should be split. “I think liquor and gaming should be separated,” he said. 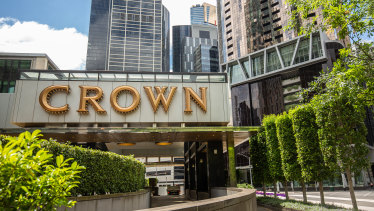 His criticism came the day after the release of a NSW judicial review that said Crown was not fit to open a Sydney casino, finding there was “no doubt” money laundering involving an international drug-trafficking syndicate had occurred at the Melbourne casino.

Premier Daniel Andrews on Wednesday said he took the NSW findings seriously and the VCGLR would examine the report. He said his government would consider establishing a dedicated agency to oversee the casino in Melbourne.

But former premier Jeff Kennett, who spearheaded the casino’s opening as premier in 1997, told The Age that he believed the Andrews government had failed to rein in Crown.

The state opposition described the VCGLR as a “lap dog” to James Packer’s gaming juggernaut.

The NSW probe was launched last year to determine whether Crown should be trusted to hold a NSW casino licence due to allegations of criminal activity. Two Packer-aligned directors resigned on Wednesday following the release of the report on Tuesday.

Mr Cohen led the Victorian Commission for Gambling Regulation for eight years. The body was limited to regulating the gambling sector until it merged with the liquor watchdog in 2012 under the former Liberal state government when the current Opposition Leader, Michael O’Brien, was consumer affairs and gaming minister.

Mr Cohen said the liquor and gambling arms should be split or restructured because evidence from other jurisdictions like Queensland that also had joint agencies showed liquor soaked up about 80 per cent of the resources. 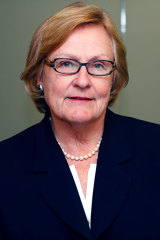 The Andrews government fast-tracked its next review into Crown’s casino operations in December after Crown admitted money laundering had occurred at its premises. The government has yet to appoint a commissioner to lead the review but Mr Andrews said this would occur “soon”.

The VCGLR aims to conclude its review this year and Mr Cohen believes Crown will have made critical reforms to its governance structure to satisfy NSW regulators and secure its Sydney licence.

Potential recommendations by the VCGLR might already have been completed by Crown before the Victorian regulator finished its review, he said.

“By the end of this year, if Crown hasn’t got their act together then they’re not acting rationally,” he said.

“The NSW [regulator] will do a lot of the work for Victoria,” he said. “By time Victoria concludes its investigation, Crown should be a satisfactory company to continue to hold its licence in Victoria.”

Mr Kennett pioneered the casino during his premiership and has trumpeted the importance of the casino to Melbourne’s economic and cultural fabric. But Mr Kennett said he was “appalled and profoundly disappointed” by the performance of the company.

“The inquiry found it’s been happening on Andrews’ watch down here and he’s clearly not doing anything about it. It’s a failure of supervision and protecting the public interest,” Mr Kennett said. 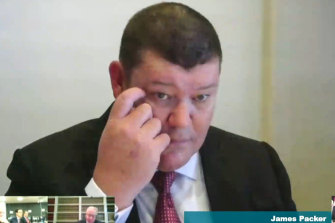 The state opposition accused Mr Andrews of being soft on Crown due to personal links to the company. Chris Reilly, Mr Andrews’ former senior adviser, left the Premier’s office to become a Crown general manager in 2018.

Crown directors Michael Johnston and Guy Jalland, who represented major shareholder Mr Packer on Crown’s board, both resigned on Wednesday morning as the fallout from the NSW report continued.

Mr Packer’s private company, Consolidated Press Holdings, which owns 37 per cent of Crown, said it would have no representation on the board with the termination of its “consultancy” with a third nominee John Poynton, who will request to become an independent director.

A CPH spokesman said the issue of Mr Packer’s board representatives and how they communicated with the billionaire were “potentially complex matters for ILGA [the Independent Liquor & Gaming Authority] and Crown to resolve”.

“The steps announced today take them off the table, giving Crown’s board clear air to work with ILGA in the execution of its announced reform agenda,” he said.

NSW Premier Gladys Berejiklian said her government accepted the findings of the report but would now await recommendations from ILGA.