Things are not entirely as they seem in the case of social media influencer Rozalia Russian and her rule-breaking Instagram post.

This story involves a new industry crackdown on social media stars who have long featured products, trips and meals without disclosing to their followers that the posts are really commercial arrangements in disguise, either because they are paid cash or supplied with free product. 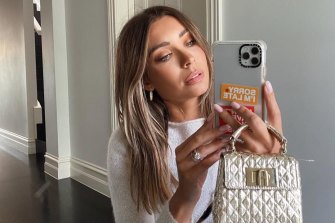 The regulator Ad Standards has got pretty tired of this, and now requires influencers to clearly label their posts with obvious hashtags like #Ad or #PaidPartnership.

And so to Russian, a Melbourne influencer and wife of nightclub owner and one-time Melbourne lord mayor candidate Nick Russian, who fell foul of the crackdown when Ad Standards ruled she had breached the new advertising code.

“Summer in a bottle @tomfordbeauty,” wrote Russian in the caption. But she didn’t include any explanatory sponsorship hashtags.

The Ad Standards Community Panel decided that was an advertisement, and that Russian breached the rules because she did not include sponsorship hashtags.

But Russian’s spokeswoman hit back. “Rozalia is not a party to the complaint,” she said. “The picture in question was not a sponsored post. Further information will come to light in due course.”

And Estee Lauder, which manages Tom Ford Beauty in Australia, said: “At Tom Ford Beauty, we do not engage in paid influencer partnerships and the post in question was not sponsored.”

Sydney’s Anna Heinrich, the 2013 The Bachelor winner who married her bachelor Tim Robards, was the first influencer to breach the new rule about distinguishable advertising for a post of a strapless Runaway The Label green frock. 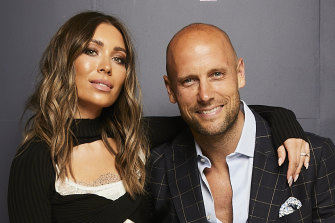 It was claimed that Ad Standards had made the ruling in the absence of any response from Russian or Estee Lauder, which made the regulator look a bit dopey.

But now the regulator has struck back, saying it contacted the advertiser, Tom Ford International, six times.

“We also contacted the influencer’s management team. Neither provided a response to Ad Standards.”

Well, we know that no one in fashion ever returns calls, but c’mon!

Estée Lauder still hasn’t confirmed if the fragrance was supplied as a freebie, which could still constitute a rule breach, but you don’t have to be Miss Marple to work out the answer to that one.

“The issue of distinguishable advertising is increasingly being raised in the media and wider community as a subject of community concern,” says Ad Standards executive director Richard Bean.

Rozalia, the ball is back in your court.

Get a little more outta life

Start your week with practical tips and expert advice to help you make the most of your personal health, relationships, fitness and nutrition. Sign up to our Live Well newsletter sent every Monday.