Returning military father dressed as a mascot surprises his children

The children of a returning military dad were treated to a heart-warming surprise at a school assembly in this video.

The video takes place at Big Ridge Elementary in the US state of Tennessee, where pupils are gathered for what appeared to be a routine school assembly.

Addressing the rows of children at the school’s gymnasium is school principal Kim Turner. 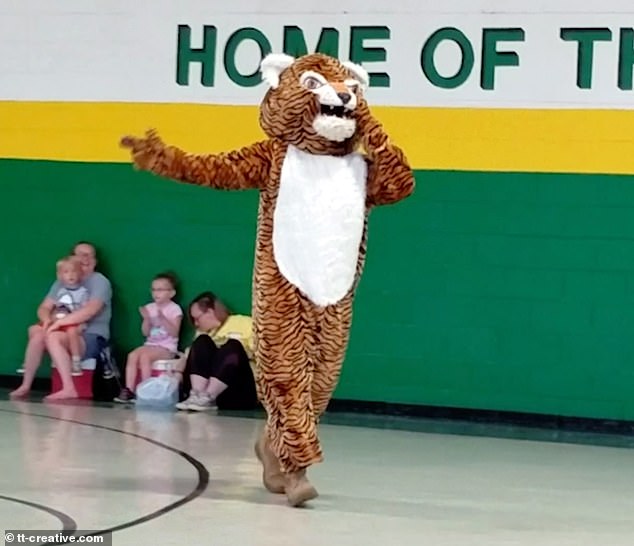 Returning soldier Justin Bunch, 34, surprised his children by dressing up as a school mascot at an assembly

At the start of the video she introduces the school’s mascot Twister the Tiger, who runs out to applause from the pupils.

Unbeknownst to everyone in the audience, the man underneath the costume is in fact father-of-six Justin Bunch.

Mr Bunch, who serves in the military, had not seen his family for an extended period of time. 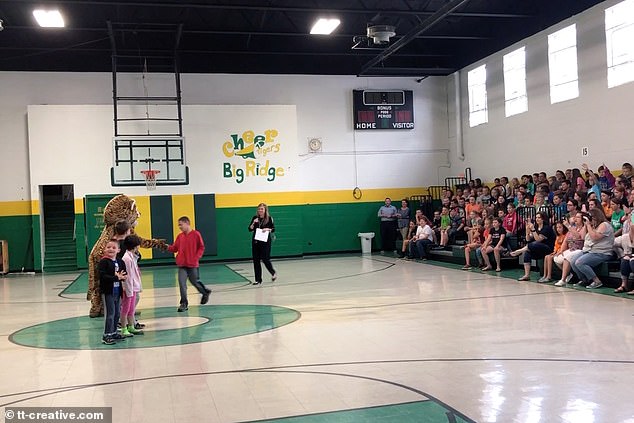 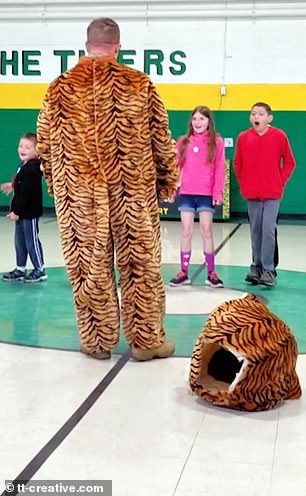 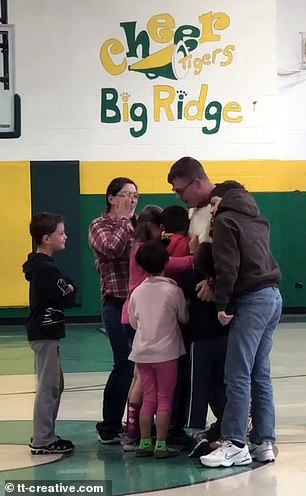 Ms Turner proceeds to call out five members of the Bunch family one-by-one to come to the front of the assembly. 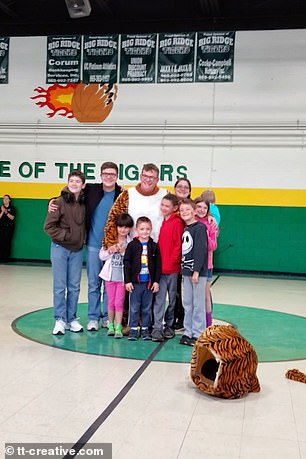 Mr Bunch, 34, high-fives each of the five children as they join him at the centre of the gymnasium.

He then turns around and removes his Tiger helmet, revealing himself to his young children and their cousins.

After a momentary pause, the children rush to embrace Mr Bunch as pupils hoot and cheer in the background.

The group are then joined by Mr Bunch’s wife Kasey, 32, who is carrying their two-year-old child Ayden, 2.

The heart-warming video ends with the family taking a group photo together.

Mr Bunch is stationed in Fort Stewart, Georgia, with the 526 Engineer Construction Company, 92nd Engineer Battalion, who he has been with since 2015.