RICHARD PENDLEBURY: The bloody price of failing Kim Jong-un is laid bare as the tyrant executes a special envoy and four others by firing squad for failing in nuclear talks with Trump

Wars happen when diplomacy fails. But only in North Korea perhaps can an unsuccessful diplomat find himself facing the business end of a firing squad.

That at least is the reported fate of ‘special’ envoy Kim Hyok-chol and other more junior foreign office officials from Pyongyang.

They had been involved in high-level preparations for February’s nuclear summit in Hanoi, Vietnam, where their boss, the roly-poly tyrant Kim Jong-un and US President Donald Trump met to try to resolve the issue of nuclear proliferation on the Korean peninsula.

Much was at stake: crippling international sanctions against the Pyongyang regime might have been eased or even lifted if the summit was a success. 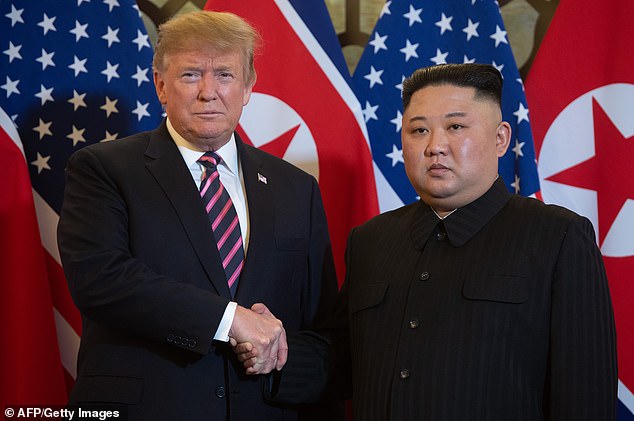 But the meetings collapsed early amid deadlock. A treaty-signing ceremony was cancelled and the official lunch left uneaten.

Public humiliation all round – and the fates of Kim Hyok-chol and his colleagues were sealed.

Their executions might even have taken place as soon as their plane landed back in North Korea. A South Korean newspaper yesterday quoted a North Korean source as saying: ‘Kim Hyok-chol was investigated and executed at Mirim airport with four foreign ministry officials in March.’ They had been charged with spying for the US, said the report.

If it were a traditional firing squad then they could count themselves oddly fortunate. This, after all, is the savage, blood-soaked world of Kim Jong-un.

Other functionaries to incur the displeasure of the Dear Leader have been reportedly executed by flame-thrower, mortar round, anti-aircraft fire – a particular favourite – poison or consumed by packs of ravenous dogs.

Their capital ‘crimes’ have been as arbitrary and inconsequential as slouching, napping, drinking and philandering through to the more serious charges of corruption and treason. Nor are family ties a protection. An uncle and a half-brother have both been dispatched in recent years.

Now Kim Jong-un’s sister, Kim Yo Jong, who at the doomed summit acted as his ashtray and pen bearer and has been described as his closest confidante, is also said to be ‘lying low’.

And his interpreter at the summit has been sent to a labour camp. Since he took power in 2012 following the death of his father Kim Jong-il, Kim Jong-un’s international profile has experienceed a number of fluctuations. 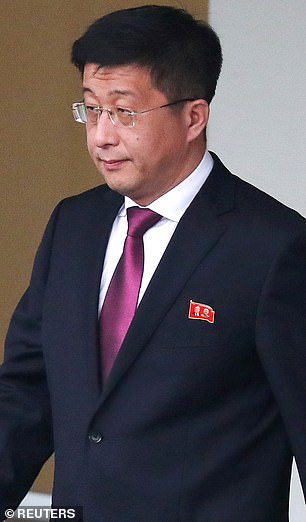 On his succession he was seen by many as the apotheosis of pampered nepotism; an overweight twenty-something playboy who nevertheless might help end the enduring cold war between North Korea and the rest of the world. After all, he’d attended school in Switzerland, loved basketball, French cigarettes, Johnnie Walker whisky and The Beatles. There have been significant steps forward and several back.

A detente with his southern neighbour saw Kim, 37, become the first North Korean leader to cross into South Korea since the end of the Korean War in 1953.

But his continued development of nuclear weaponry and long-range missile tests saw him engaged with President Trump – who called him ‘Little Rocket Man – in the diplomacy of brinkmanship. Their first summit in Singapore was deemed a success and suddenly Kim’s image makers were seeking to paint him as affable, even cool and cuddly. Now in the aftermath of Hanoi, he is reverting to type: a vengeful dictator with a well developed sadistic streak.

One of the earliest and more spectacular reported casualties of the Kim Jong-un era was senior army minister Kim Chol. His alleged crime was to have been ‘carousing’ during the official mourning period for Kim Jong-un’s father.

His fate – if true – was cruelly tailored to his background. The old soldier was ordered to stand on a spot which had been ‘zeroed in’ by an army mortar team.

He was one of more than a dozen officials to be purged in the first months of Kim’s reign. The following year saw perhaps the most shocking purge when Kim’s uncle was arrested, humiliated and denounced before suffering a death of disputed horrors.

Jang Song-thaek, 67, the husband of the sister of the Kim’s late father had risen to the post of vice-chairman of the National Defence Commission. He was seen as an eminence grise for the inexperienced Kim. In December 2013, his arrest at a politburo meeting was broadcast live on national television. 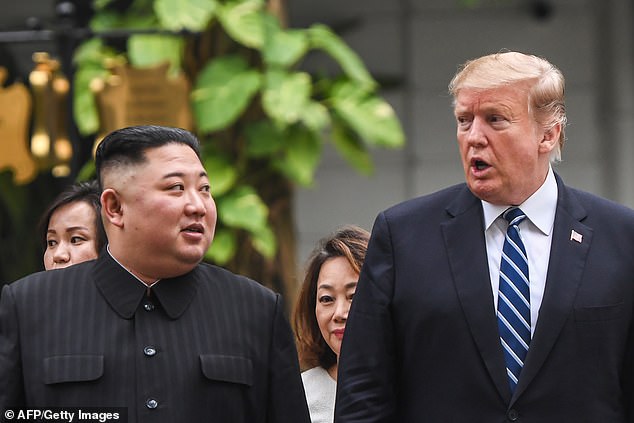 In the aftermath of the Hanoi summit, Kim is reverting to type: a vengeful dictator with a well developed sadistic streak

A long statement was then released which described Jang as ‘despicable human scum… who was worse than a dog, perpetrated thrice-cursed acts of treachery in betrayal of such profound trust and warmest paternal love shown by the party and the leader for him’. What happened next has been the subject of a number of claims by North Korean defectors and other ‘sources.’

Initially it was thought he had been executed by anti-aircraft guns. Then in 2014 a Chinese newspaper reported a far worse fate. Jang had been stripped naked and fed to a pack of 100 hungry dogs.

Earlier this year a defector backed the first version of the insider’s demise, this time with even gorier detail. Kang Cheol-hwan said that Jang had been forced to watch two colleagues blown apart by a battery of eight anti-aircraft guns.

Spattered by their blood, he had fainted. Later he too was killed by the same method which is meant to inspire fear and leave nothing for the families to collect. Kang also described how a high-ranking police official close to Jang was burned alive with a flame-thrower and his corpse crushed by tanks.

An erring politician and his mistress were also stripped naked and torn apart by a pack of dogs.

And still the blood flowed. In 2015, a high-ranking defector alleged that Kim’s defence chief, Hyon Yong-chol, had been killed by the anti-aircraft gun method. It also emerged that Uncle Jang’s widow was poisoned after complaining of her husband’s execution. Other officials suffered less high-profile endings. And let us not forget the thousands who have been sent to prisons and work camps where they are routinely sexually and physically abused and tortured.

But the most heinous crime is clearly dropping off when Kim is talking. In 2016, two more senior officials went before the AA guns.

The following year at the height of tensions with the US, a further two officials were reported to have been executed over a launch delay at a North Korean missile site.

Kim can also reach beyond his own borders. In February 2017, in a case that made deadlines world wide, his exiled half-brother Kim Jong-nam was assassinated when two women sprayed him in the face with a nerve agent at Kuala Lumpar airport. He died on his way to hospital.

Now it seems it’s the diplomatic branch which has been feeling his wrath. Dr Jim Hoare, a Korea specialist at international affairs institute Chatham House told the Mail he needed additional corroboration that the diplomats had been killed. But he added: ‘Clearly there was disappointment in the higher echelons… that more didn’t come out of the Hanoi summit and it is a very unforgiving country.’

He said reports of the executions ‘might also work in favour of Kim’ – emphasising his toughness. Dr Hoare adds: ‘If you meant to frighten the monkeys then cut off the head of the chicken, as the Korean saying goes.’