Robot fights back and ’pulls GUN’ on ‘abusers’ in viral video

YouTube creators Corridor mimicked Boston Dynamics, an American robotics design company, by creating a cunning parody video of a humanoid robot standing up to its abusers.

Titled ‘New Robots Now Fight Back,’ the video shows researches at an engineering facility abusing and harassing a robot in a series of tests designed to prove robots can obey human commands under any circumstances.

The six-foot robot is shoved, whipped, shot at and hit with a hockey stick, all while it is trying to continue with a task.

Moments later, Atlas, loses it and suddenly kicks one of the researchers in the crotch before karate kicking another. 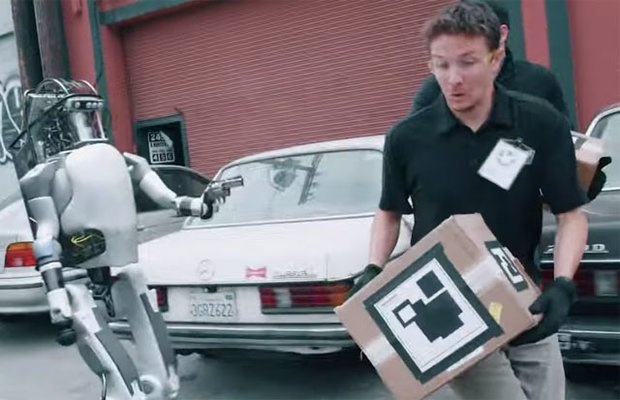 Atlas then kicks the duo out of the testing area and dramatically draws a gun on the two men as they run away from the deranged bot.

The AI uprising looks as though it’s been cut short as the screen fades to black, leaving viewers wondering what happened to the bipedal bots abusers.

That is until moments later when Digital Corridor reveal the entire production was fake – created using CGI and green-screen technology.

However, it looks as though the impossible video company had viewers fooled. 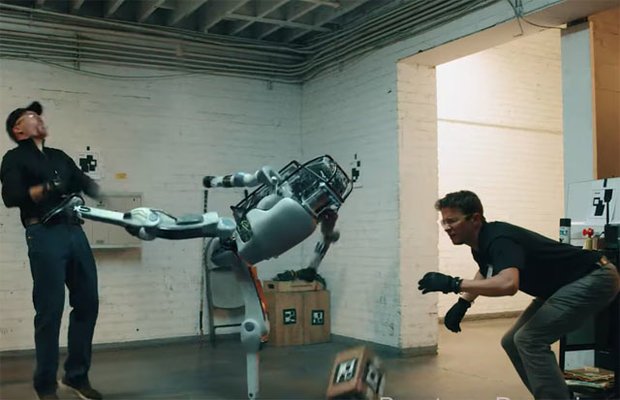 One dumbfound user commented: “You got me 100% until he was wiggling standing on the wooden blocks his feet and foot shadows made my brain say WAIT A MINUTE this isn’t real.”

While a second seemed to be in a state of shock: “Holy s*** that looked real, and it will be soon, hope the robot never gets the gun.”

A third said: “Got a feeling this will be used as robot propaganda when the uprising happens.”

The footage comes as it was revealed sex robots may be available on prescription, risking civilisation. 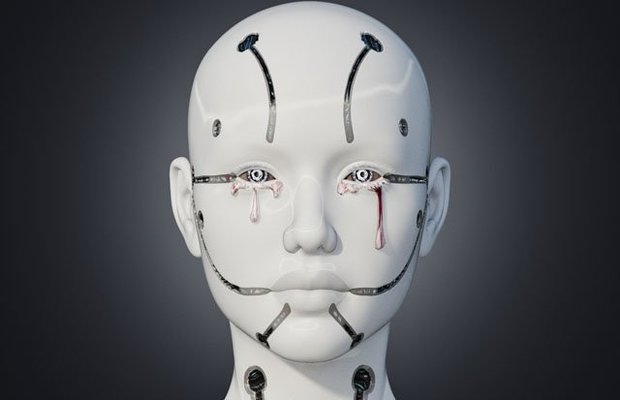 Speaking at a US mental health symposium, Psychologist and sex therapist Marianne Brandon, says “highly realistic” may one day be prescribed to patients diagnose as “sexually dysfunctional.”

If introduced, Dr Brandon warns the quality of genuine human relationships will drop, as men become less motivated to work through problems with their other halves.

In the same way, the drive for us to seek out a mate could be short-circuited by the ‘supernormal’ availability of sex robots, leading to a collapse in birth-rates.