Romanian couple are found dead in their tattoo parlour in ‘murder suicide’: Man, 54, ‘killed his girlfriend, 35, before taking his own life’ as friends pay tribute to ‘absolutely lovely’ pair

A Romanian couple were found dead in their tattoo shop yesterday evening in a suspected murder suicide as friends have paid tribute to the ‘absolutely lovely pair’.

The man and woman, named locally as Catalin Micu and Ramona Stoia, were declared dead at the scene in Canterbury shortly before 5.30pm on Monday.

Earlier today, police investigators confirmed that only the 35-year-old woman’s death was being treated as suspicious.

They both worked at the popular GothInk Studio, which offers tattoos and piercings, in the city and it is understood the couple had a son together and had lived in the city for a number of years.

Eyewitnesses in the area reported seeing at least eight police vehicles and four ambulances with a helicopter and armed police also attending. 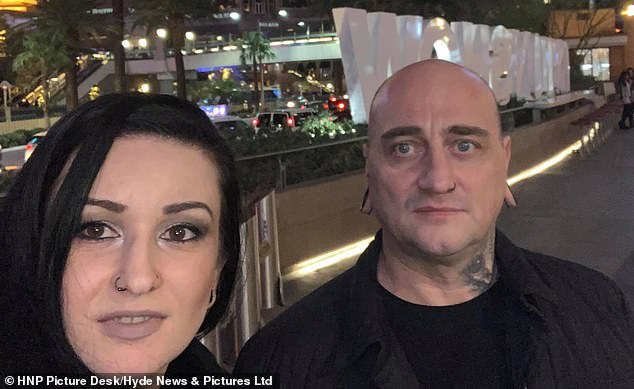 The man and woman, named locally as Catalin Micu and Ramona Stoia (pictured), were declared dead at the scene in Canterbury on Monday in a suspected murder suicide 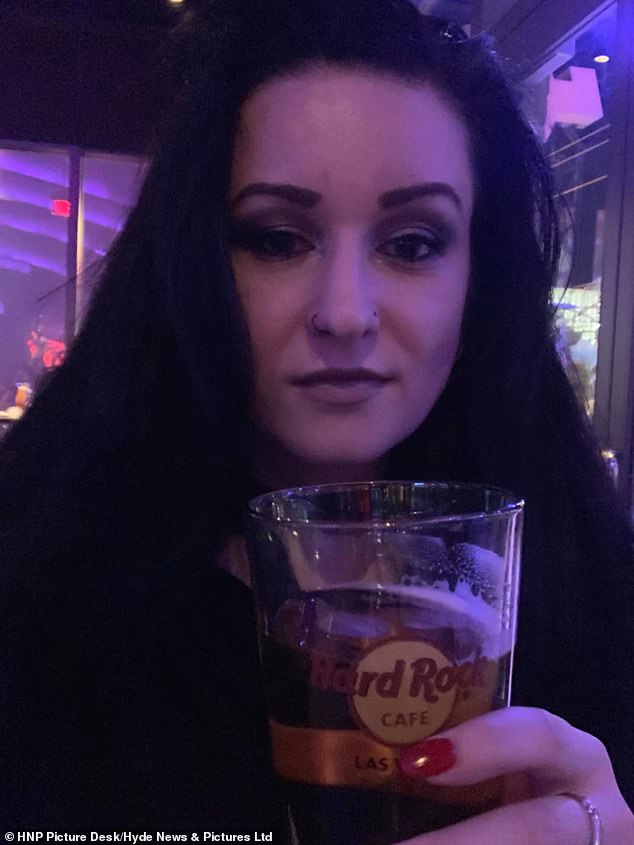 The circumstances of their deaths are still under investigation but Kent Police have said ‘officers are not currently looking for anyone else in connection with the investigation’.

A Kent Police spokesman said: ‘Detectives from the Kent and Essex Serious Crime Directorate are investigating the deaths of two people in Canterbury.

‘At 5.19pm on Monday 11 April 2022, officers attended an address in Lower Bridge Street, where a 54-year-old man and a 35-year-old woman, who were known to each other, were pronounced deceased at the scene.

‘Enquiries into the circumstances surrounding the incident are ongoing.

‘However, officers are not currently looking for anyone else in connection with the investigation.’

The road and surrounding area remained cordoned off until the early hours of this morning. 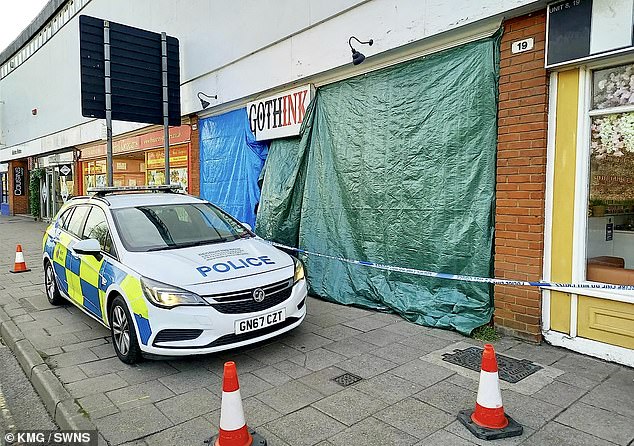 Police confirmed only the woman’s death is being treated as suspicious. Pictured: the scene 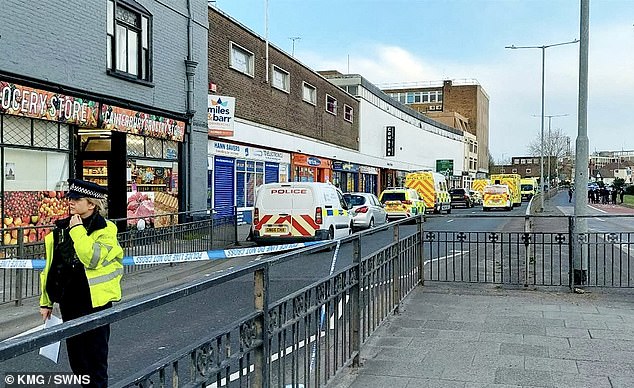 Tarpaulin and police tape remains in place today (April 12) at the shop, which sits between Oriental Grocers and Smart Nails.

Local business owners, who knew the ‘nice and quiet’ couple, have spoken of their horror following the incident.

Owner of Omicron Print Specialists, Mark Fawcett-Jones, 47, said: ‘I was just closing up at around 5.15pm when it went crazy.

‘There were loads of police and sirens.’

He added: ‘It was probably a stabbing.

‘The two people who owned the store were involved. 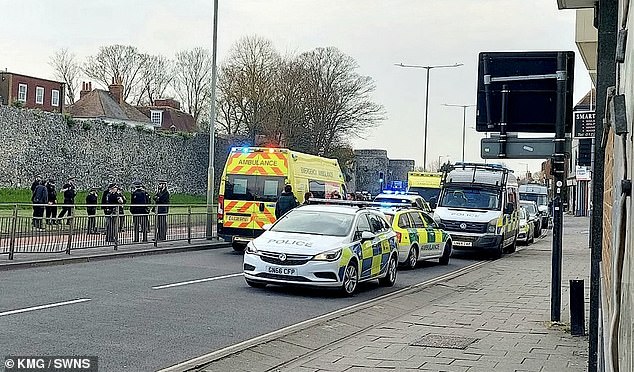 ‘They were a nice couple. They’ve been here for a few years. They were nice and quiet.’

Anggoon Buttayotee, owner of nearby Oriental Grocers, added: ‘The police kept coming and coming. But we don’t know details.’

Matthew Sandhu, 27, who helps run The Pilgrim’s Shop, a newsagent, said he was familiar with Catalin and Ramona, and spoke of his shock at the incident.

He added: ‘I’ve seen them around and didn’t think they were any trouble.

‘It’s crazy, you see it all over the news all the time, but when it happens around here you think oh s***.’

News of their death has sparked an outpouring of grief on social media, with one woman describing Ramona as ‘a pure, perfect soul’.

One woman wrote in an online tribute: ‘This is so sad. RIP to you both. I cant believe this both lovely people.

‘Feel for everyone at this sad time. I just hope you didn’t suffer to bad in your last moment. Fly hight angles.’

Another added: ‘Absolutely tragic their amazing work will live on. Sending condolences and blessings especially to their child and family.’

Detectives from the Kent and Essex Serious Crime Directorate are investigating the deaths.