The trouble flared as the Netherlands moved to curb a fourth wave of the coronavirus.

Hundreds of rioters torched cars, set off fireworks and threw rocks at police, forcing officers – fearing for their lives – to respond with gun shots and water cannon. 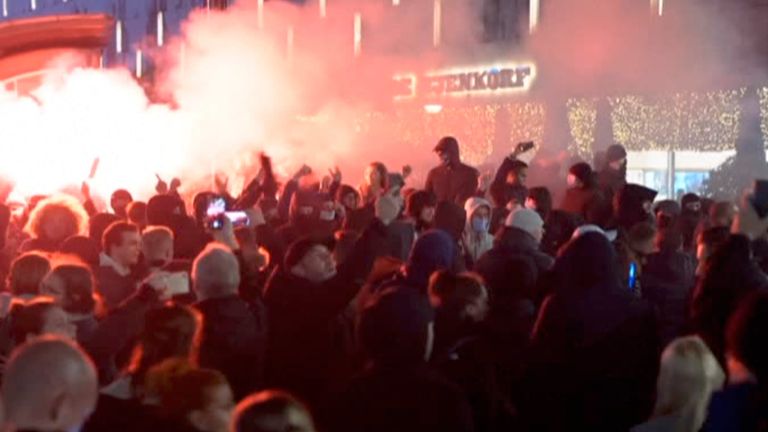 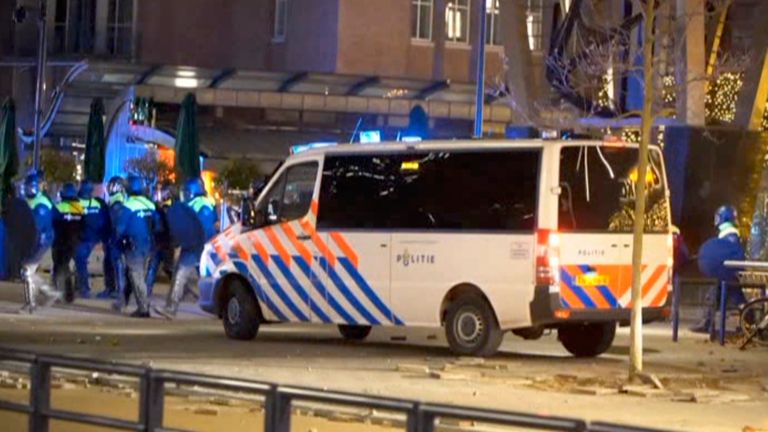 An emergency directive was issued in the city shutting down public transport and ordering people to go home.

By the early hours of Saturday, police units had been drafted in from across the country and restored order.

Mayor Ahmed Aboutaleb said: “Police were forced to draw their weapons and even fire direct shots.”

“We fired warning shots and there were also direct shots fired because the situation was life-threatening,” said police spokesperson Patricia Wessels.

“Unfortunately, around seven people were injured, including on the side of the police.” 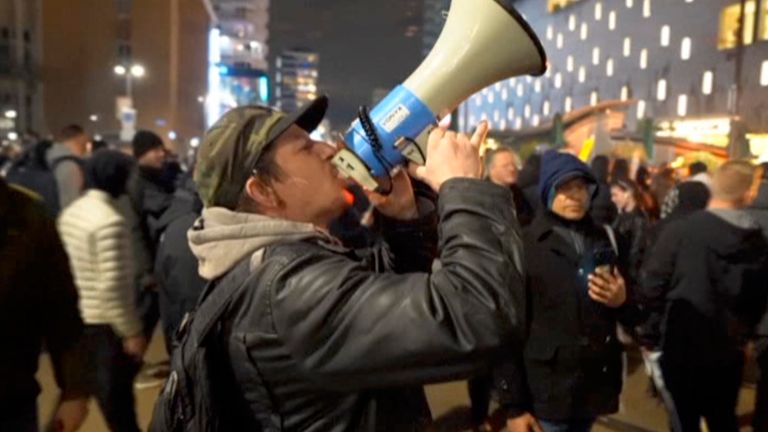 Authorities said they had arrested more than 20 people, with more expected.

It said: “The centre of our beautiful city has this evening transformed into a war zone.

“Rotterdam is a city where you can disagree with things that happen but violence is never, never, the solution.” 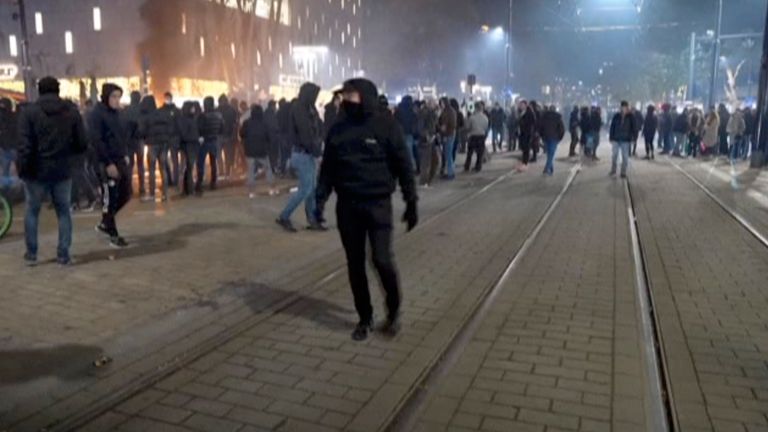 Protesters had gathered to voice opposition to government plans to restrict access to indoor venues to people who have a “corona pass”, showing they have been vaccinated against COVID-19 or have already recovered from an infection.

The pass is also available to people who have not been vaccinated, but have proof of a negative test.

In an effort to slow a resurgence of the coronavirus, the Dutch government last week announced a three-week partial lockdown, in which restaurants and shops must shut early.

No spectators are allowed at sporting events, and people are only allowed four visitors to their homes.

However, daily infections have remained at their highest levels since the start of the pandemic.

Authorities reported a record of more than 23,000 new cases on Thursday, well above the previous daily high of 13,000 reached in December 2020.

Last weekend, 15 people were arrested after similar protests broke out in the Dutch city Leeuwarden.

There were also riots in January after the government announced a curfew to rein in soaring infection rates.