Russian base is blown up after Ukrainian hacker tricks Putin's troops

A Russian base was blown up after a Ukrainian hacker set up fake social media profiles of attractive women and tricked Putin’s troops into giving their position away.

Speaking to the Financial Times, Nikita Knysh, from Kharkiv, who is an IT professional, explained that he wanted to use his hacking skills to help his country win against Russia and founded group Hackyourmom.

Nikita, 30, and his group of 30 hackers, tricked Russian soldiers stationed in Melitopol, using fake social media accounts, and got soldiers to send them photographs of them on the front.

The hackers used the images to work out that the Russians were at a military base near Melitopol in southern Ukraine.

After sending the information to Ukraine’s military, the base was attacked several days later and explosions rang out, according to Ukrainian Pravda.

He said: ‘Another explosive night in Melitopol and Myrne village of Melitopol district. At 1 o’clock residents of all districts heard loud explosions.

‘The first of them was so strong that windows in some houses shook and plaster fell. We are waiting for confirmation that the Armed Forces of Ukraine destroyed another base of the occupiers with jewel-like precision strikes. The enemy will never be at peace on our land.’

Fedorov later said: ‘In Melitopol, one of the largest enemy bases in the territory of the ‘Actovolorlit’ plant was destroyed.’ 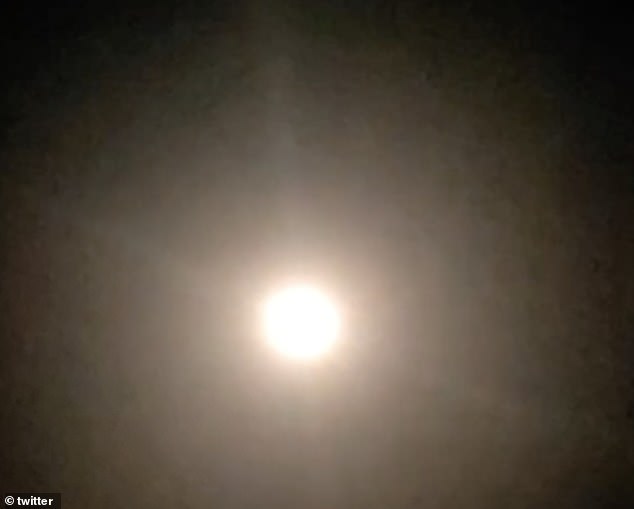 The hackers used the images to work out that the Russians were at a military base near Melitopol in southern Ukraine. After sending the information to Ukraine’s military, the base was attacked several days later and explosions rang out, according to Ukrainian Pravda. Pictured: A light from an explosion in the sky

Footage showed the noises and bright lights of the explosions near the base.

Knysh said of the hacking, which led to the alleged attack: ‘The Russians, they always want to f**k. They send out a lot of s**t to ‘girls’ to prove that they are warriors.’

And another team member on Hackyourmom, named only as Maxim, said that after the attack they thought: ‘My first thought was — I am effective, I can help my country.

‘Then, I realized, I want more of this — I want to find more bases, again and again. 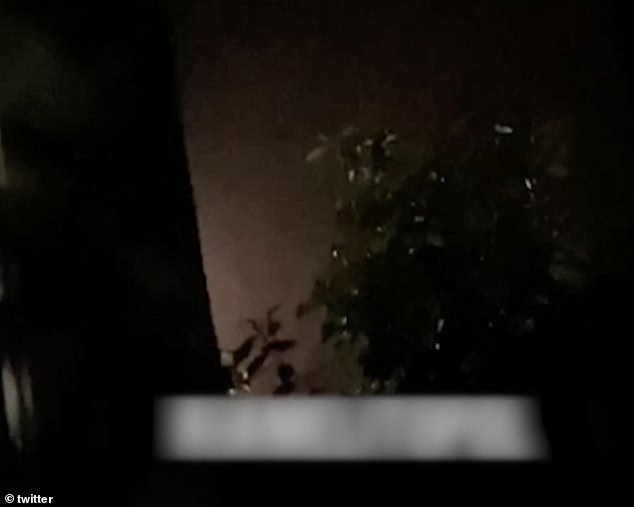 Melitopol’s mayor Ivan Fedorov confirmed the news on Telegram. Pictured: A view of the sky as the loud explosions were heard

It comes as a cyber feud rages on between Russia and Ukraine, with hackers launching ferocious attacks on both sides.

Hackers were used to display anti-war messages during Russia’s Victory Day military celebrations in May.

Other hacks have also been carried out by Knysh and his team, including leaking the databases of Russian military contractors.

Knysh said that it ‘felt like combat’ to him, and added that fraudsters can be used as a weapon against your enemy when you have no money, brilliant software or hacks.