Russian footage ‘shows fighters intercepting US B-52 close to Crimea’

The is the moment Moscow claims two Su-27s fighter jets intercepted a US B-52 bomber as it flew towards Crimea.

Russia released footage of its warplanes allegedly heading off the USAF jet, claiming there were two incidents on Monday over the Black and Baltic Seas.

Non-Russian accounts said that one of the B-52s subsequently made an emergency landing at RAF Mildenhall in Britain following an unrelated in-flight emergency.

One of the US strategic bombers was reportedly flying direct for the Crimean peninsula over the Black Sea. 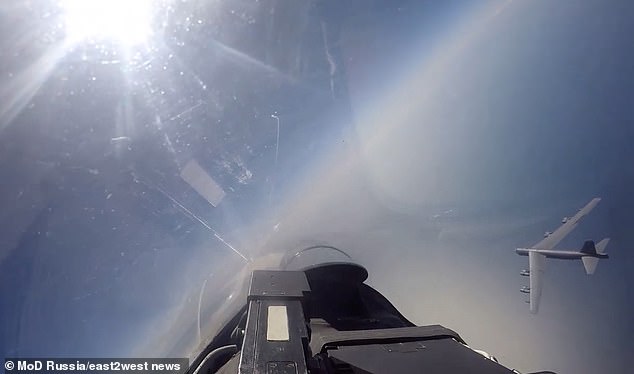 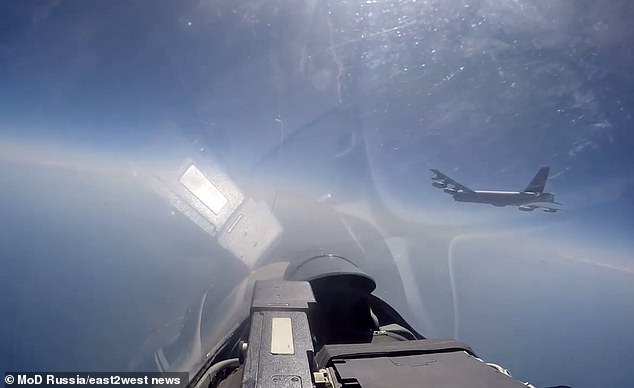 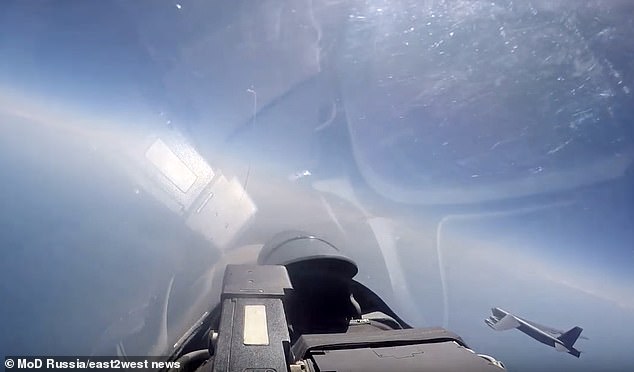 Russia caused Western outcry by annexing Crimea from Ukraine in 2014.

The B-52s are believed to have flown to Russia’s borders direct from 5th Bomber Wing at Minot Air Force Base in North Dakota.

The former head of the Russian Black Sea fleet Vladimir Komoyedov claimed the US flight route had provoked Moscow into ‘counter actions.’

‘Crews of Russian Su-27 fighter jets that were on combat duty intercepted US B-52H bombers that were approaching Russia’s state border from the Black and Baltic Seas,’ a spokesman for the Russian MOD told TASS news agency.

They added that the interception was carried out in strict compliance with international law.

NATO carries out its Baltic Air Policing mission close to the Russian border, while the US and Romanian forces are currently involved in exercises in the Black Sea region.

Reports say three B-52s crossed the Atlantic and that two returned after their mission.

The third landed at RAF Mildenhall.

In recent days Russian and NATO jets have come into contact over both the Baltic and the Black Sea. 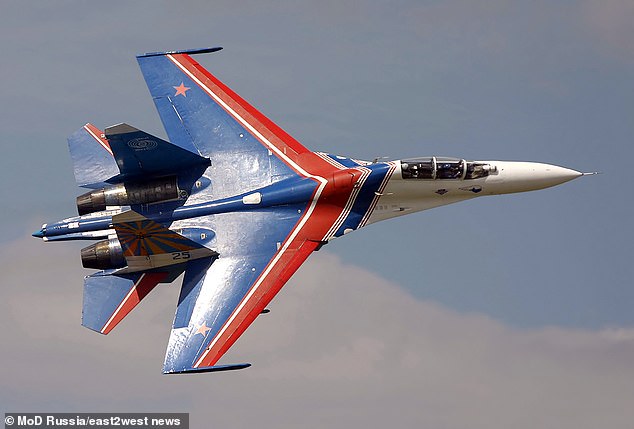 The next day the RAF stopped another Russian SU-30 and an Ilyushin IL-76 Candid transport aircraft heading towards Estonian and Finnish airspace from Kaliningrad.

The RAF said the incidents brought the number of intercepts of Russian planes to eight since taking over the Baltic Air Policing mission in May.

Last Tuesday, the Kremlin claimed it had intercepted an American and Swedish spyplanes travelling over the Baltic Sea.

TASS news agency reported a Russian fighter escorted the American RC-135 and a Swedish Gulfstream reconnaissance aircraft safely away from the borders of its airspace.