RUSSIAN strikes have left nearly 1.5million Ukrainians without power as Vladimir Putin doubles down on his attacks on civilians and infrastructure.

Mad Vlad is desperately trying to regain control of his brutal invasion as his crumbling, underequipped and ill-disciplined military face being pushed back on all fronts. 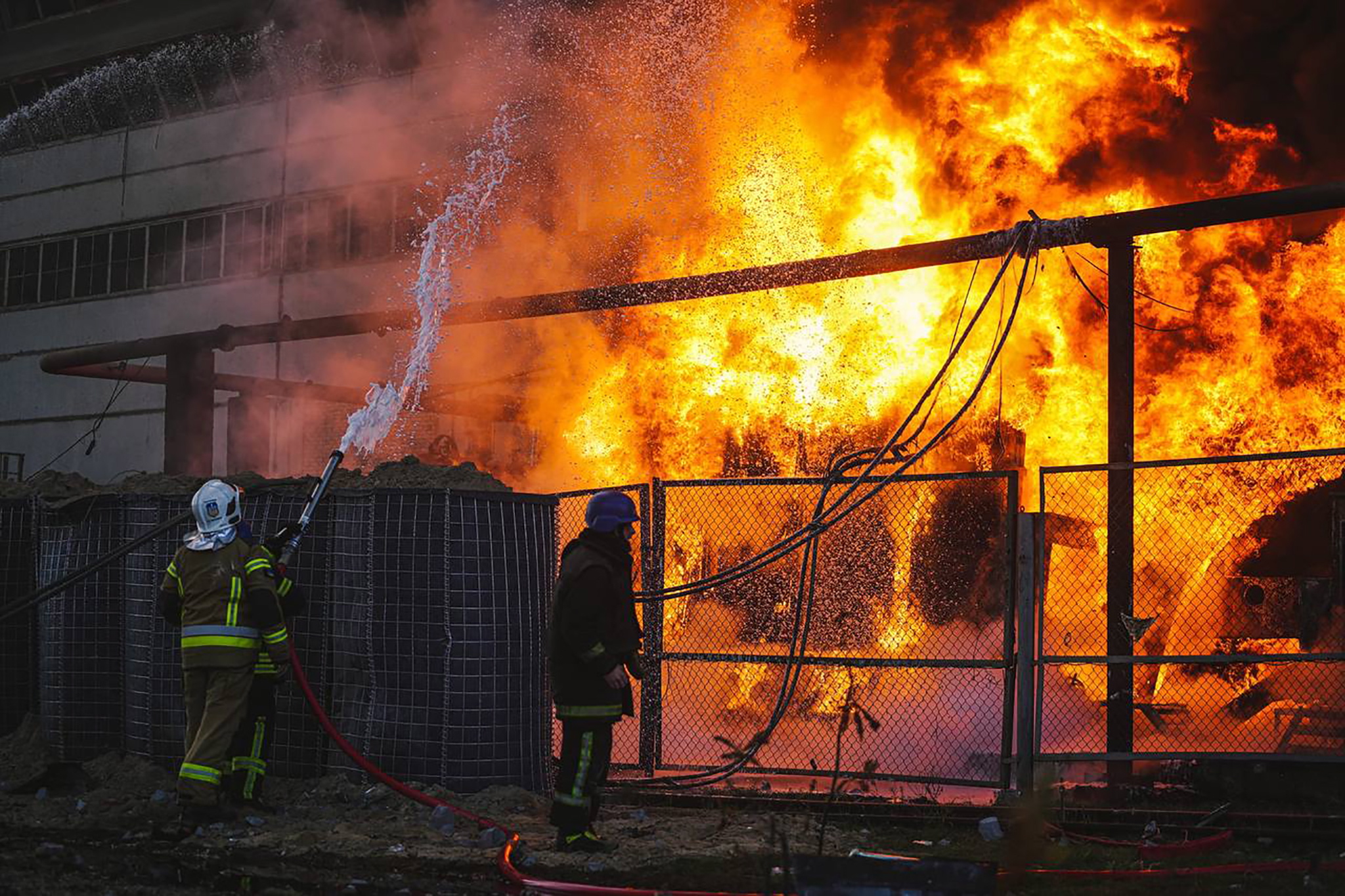 So instead of focusing on trying to make gains in the battlefield, Vlad is now believed to be attempting to break the spirit of the brave Ukrainians.

Missiles and drones are being used to rain down upon key civilian infrastructure targets – mainly power stations – as the weather gets colder and days get darker.

It is believed Russia hopes by doing so they may be able to make Kyiv lose hope and give up the defence on their homeland.

Kyrylo Tymoshenko, a key advisor to President Volodymyr Zelensky, confirmed there are now an estimated 1.5million people without power across Ukraine. 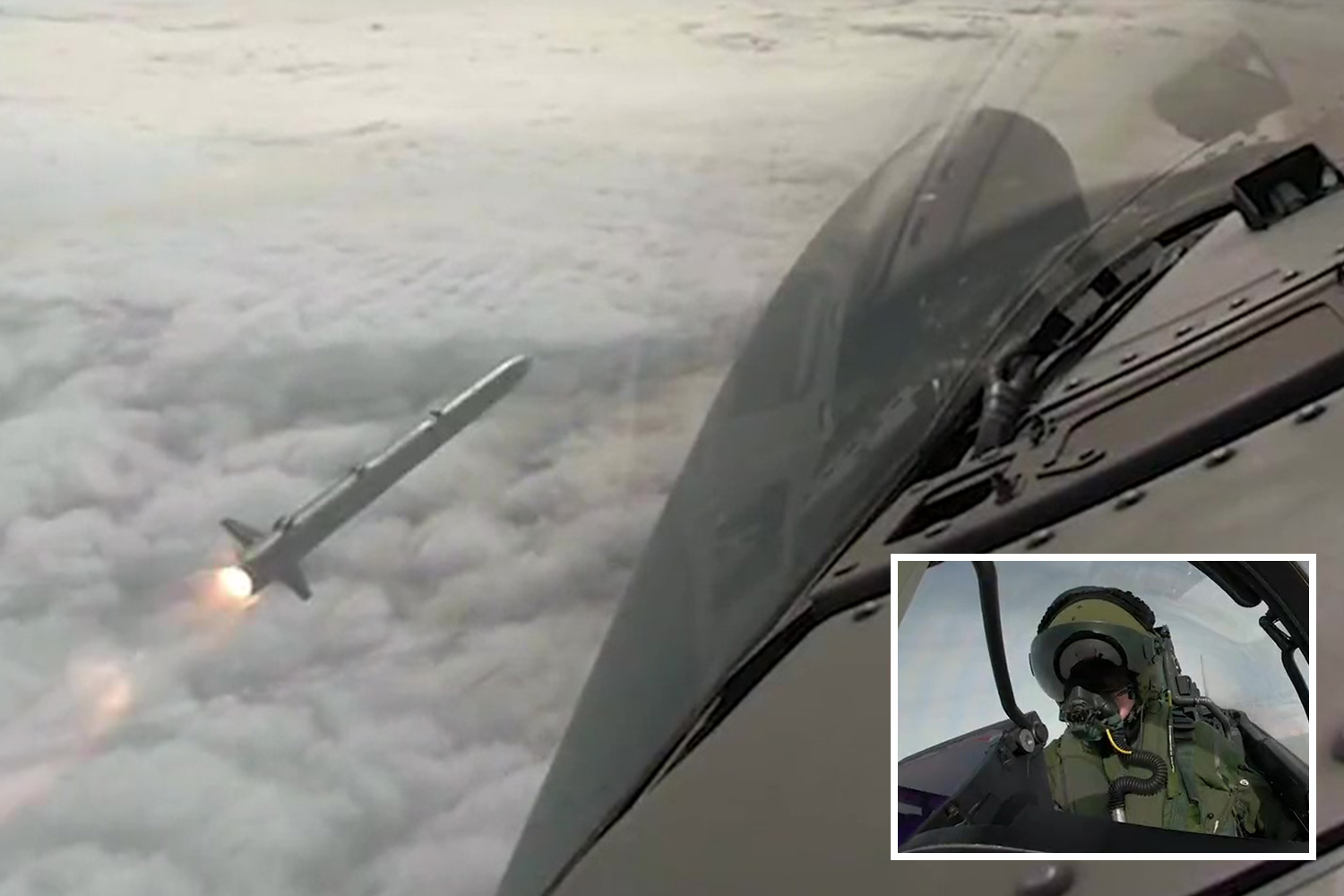 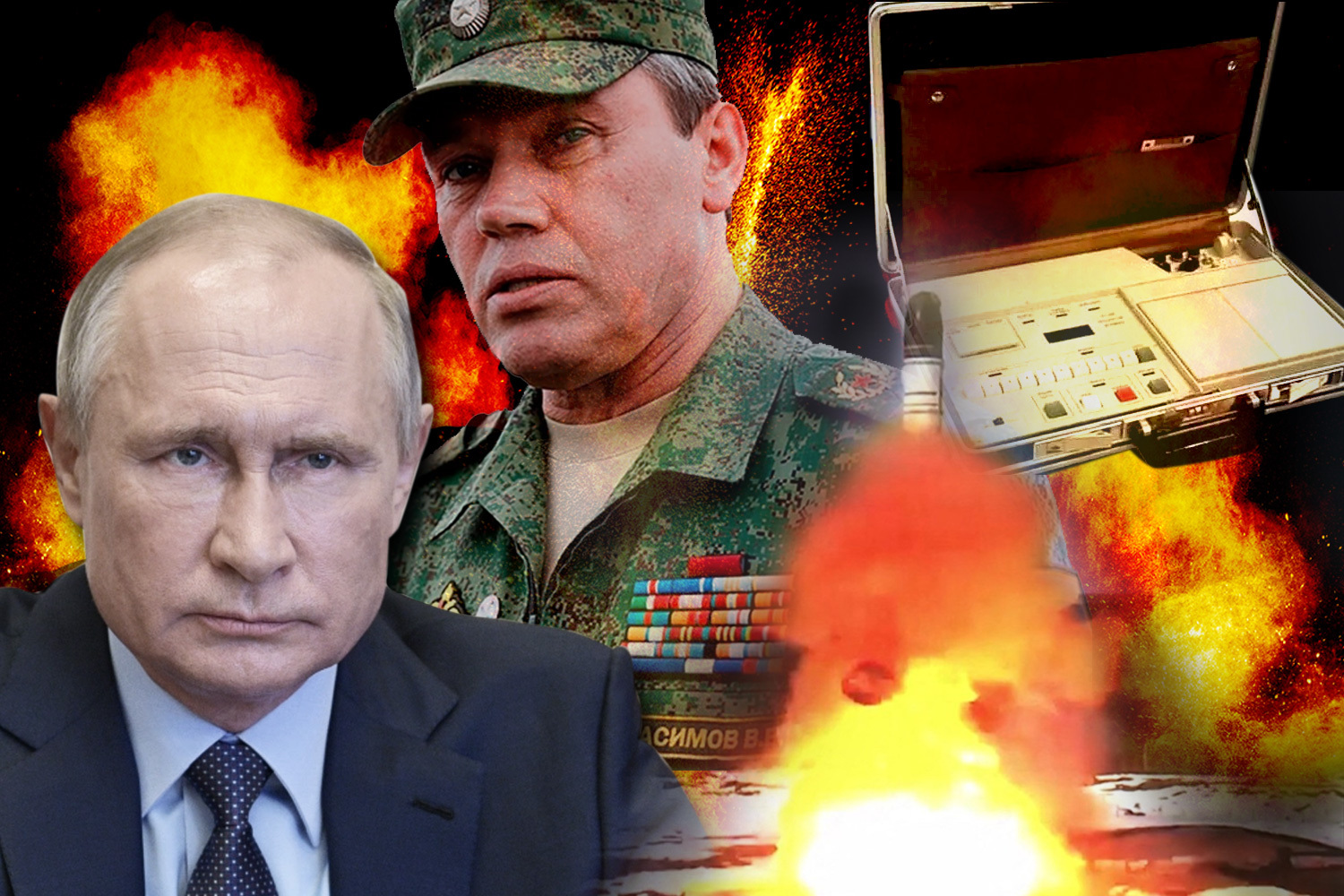 "Another daring attack by the occupiers on our infrastructure," he wrote on Telegram.

"The enemy continues to attack energy facilities in various regions of our country."

Tymoshenko vowed "there will be light" as engineers are on site trying repair the damage left by Putin.

Ukraine is heading for the winter now which could change the face of the war – with plunging temperatures, more rain, more mud, and longer nights.

Plane crashes into apartment block killing everyone onboard in inferno

Ukrainian energy firm Ukrenergo has urged people to moderate their energy usage by dropping it some 20 per cent to help manage demand.

Ukrenergo chief Volodymyr Kudrytskyi said: "We are grateful to both people, who have reduced their consumption at home, and to businesses, who are doing the same in their offices and workplaces.

"We see savings in different regions and on different days the level of voluntary consumption reduction ranges from five to 20 percent on average."

He added that while these were "significant volumes" for Ukraine's energy system, they were not enough for regions where the infrastructure "suffered the most damage" and Ukrenergo must resort to "forced restrictions".

And the latest slew of attacks were reported across the country on Saturday.

Kudritskyi said that the barrage of strikes that came on October 10 to 12 was "the largest attack on an energy system in European history".

The enemy has one goal — to sow panic among the population

Russian forces rained more than 80 missiles on cities across Ukraine on October 10, according to Kyiv, in apparent retaliation for an explosion that damaged a key bridge linking the Crimean peninsula to Russia

"The enemy has one goal — to sow panic among the population, intimidate energy workers, bring the energy system to a crisis state," added Kudritskyi.

He said that in response to the attacks, Ukrenergo has established 70 repair crews with about 1,000 specialists.

"Depending on the degree of the damage after the shelling, it is possible to restore power supply within a period of several hours to a day."

Meanwhile, Russia has also been accused of planning to destroy a key dam in Kherson as they continue to retreat in the south.

Its feared Vlad's men could blow up the facility – unleashing an 18 million ton wall of water that could sweep away up to 80 towns and villages.

The move is believed to attempt to cover the retreating Russian forces – along with the nearly 60,000 people who Putin has ordered to evacuate the now annexed region. 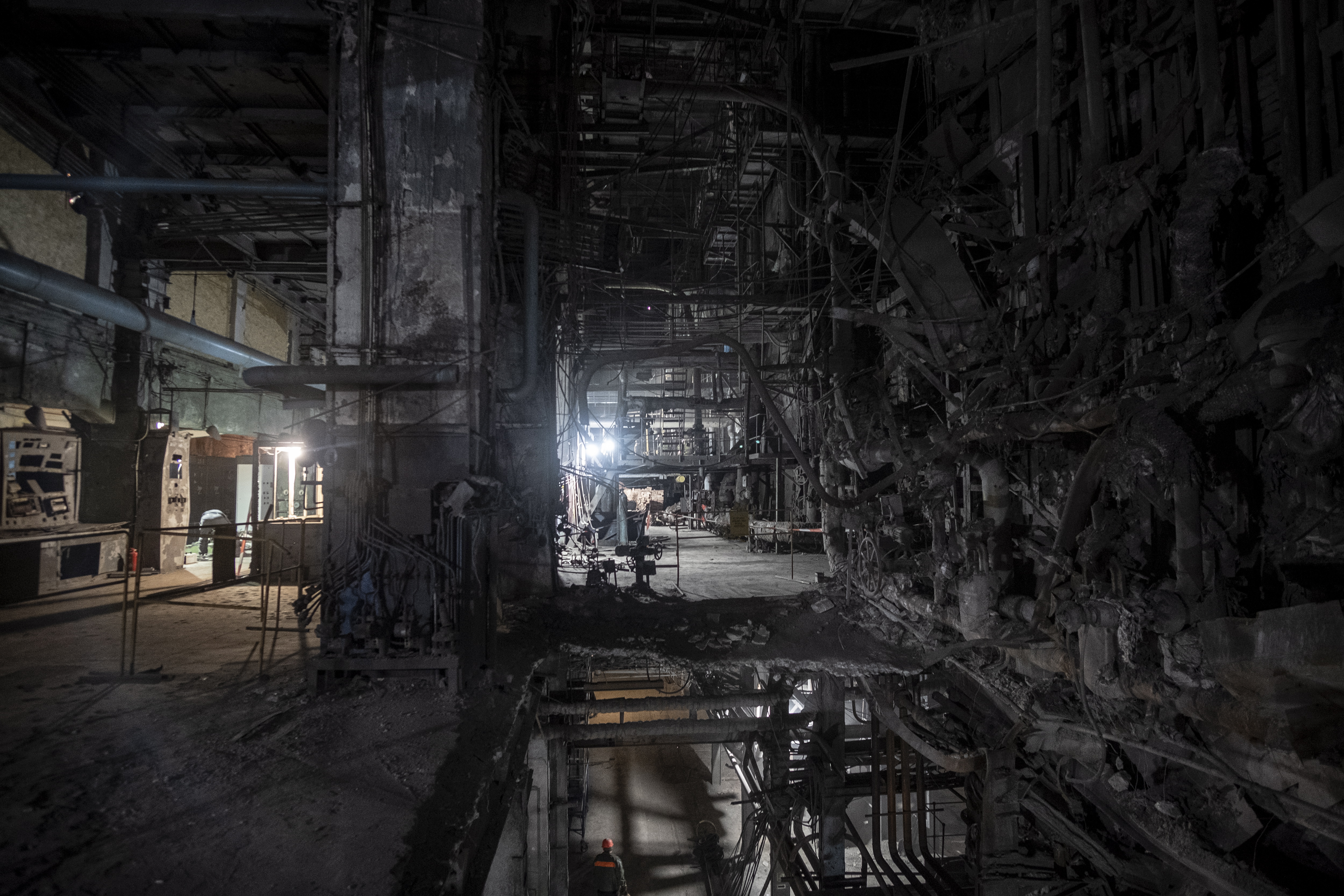 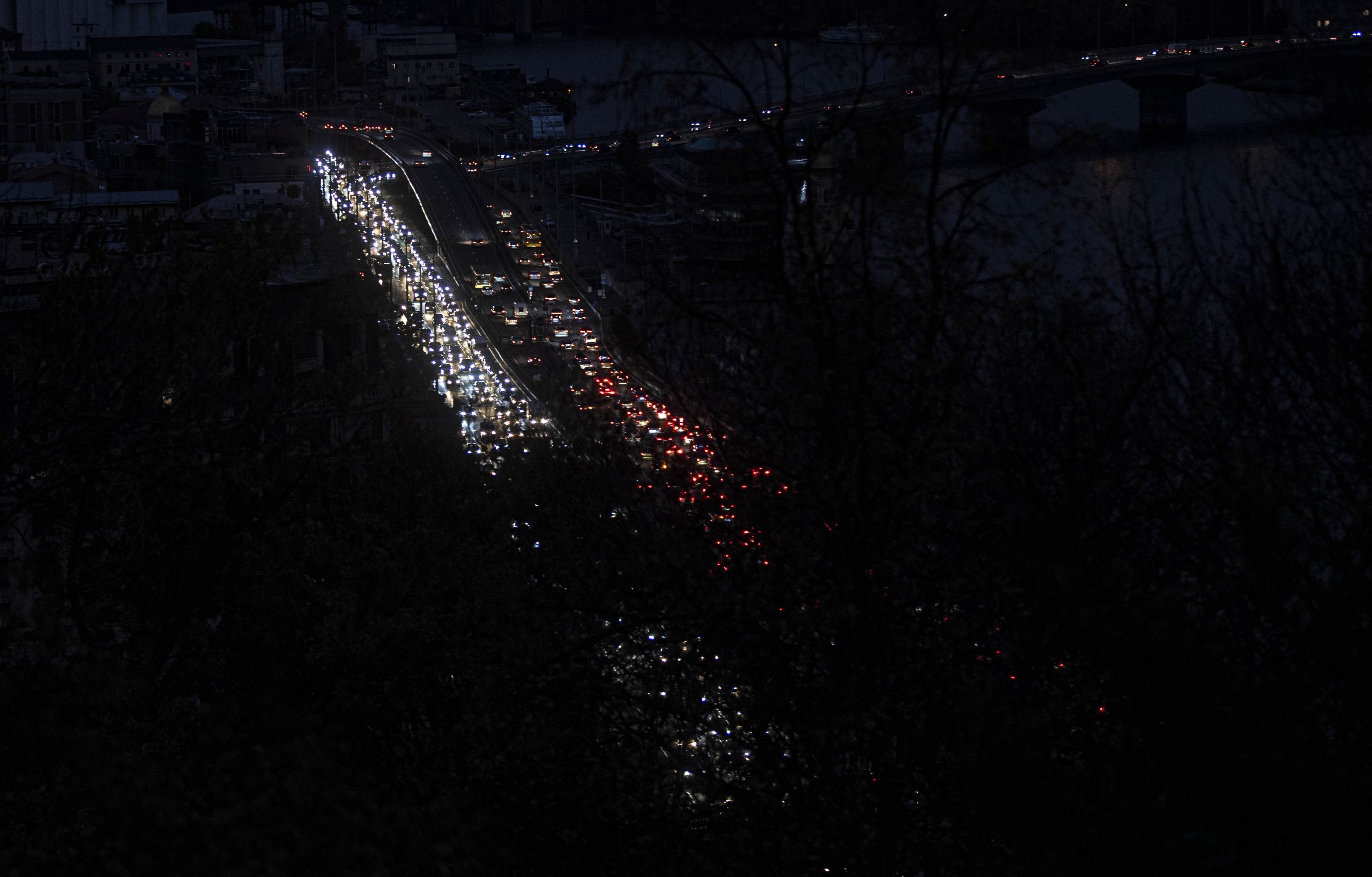 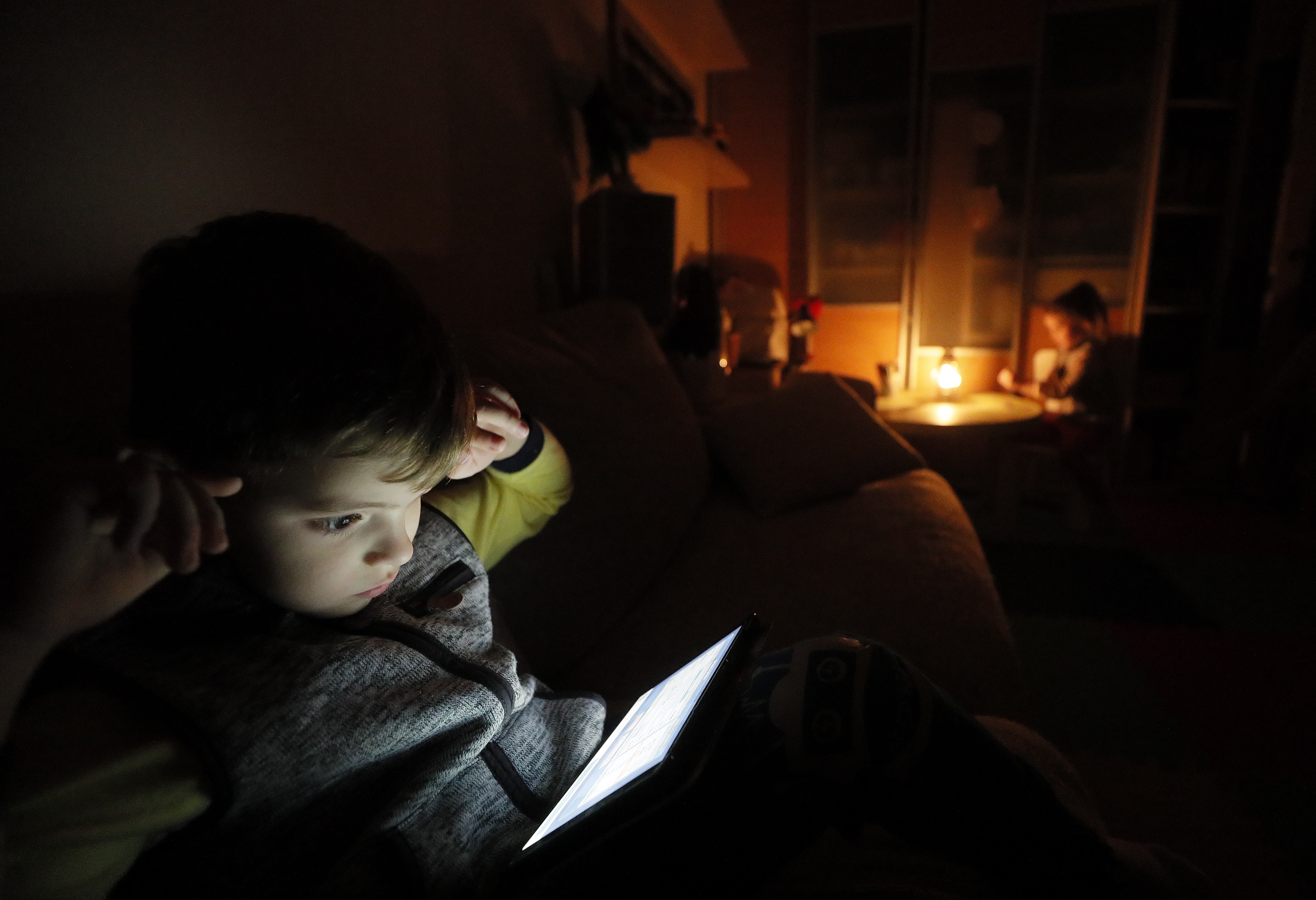 Kremlin officials claimed on Saturday their had prevented an attempt by Ukraine to break through its line of control in Kherson.

Russia is under pressure it braces for a Ukrainian push to retake the region.

Ukraine said on Friday that Russian forces had begun actively moving units and equipment from the west to the east bank of the Dnipro river.

Kyiv has imposed an information blackout from the Kherson front to prepare for the offensive.

And in a rare admission of problems on the battlefield, Russian commander "General Armageddon" Sergei Surovikin said the situation in Kherson was "already difficult".

He chillingly warned Russia was "not ruling out difficult decisions" there.

Putin's commanders believed they could roll over Ukraine in a matter of days – but now the war has been raging for eight months.

They convinced Russia troops they would be greeted with cheers and waving flags as "liberators", instead they were faced with Kalashnikovs and molotov cocktails as invaders.

Vlad's war has become a slow and brutal quagmire – one which has seen the Russians change tactics, moving from attempts at surgical strikes to savage, indiscriminate attacks on civilians.

With further defeats on the horizon, a seemingly hopeless mass mobilisation, and a resurgent Ukraine storming towards their new "territory" – fears are growing the war could escalate once again.

Moscow has red lines in its doctrine about when to use nukes – but they are softer than those in the West.

Putin is happy to use the weapons if he considers there is an "existential threat" to Russia.

Russia is thought to have around 2,000 nuclear weapons in their arsenal in the form of small yield missiles, torpedoes and artillery shells.

Moscow's war doctrine is believed to be open to using nuclear weapons in a conventional conflict as an intimidation tactic – and use of such a weapon must be signed off personally by Putin.

The tactic became known as "escalate to de-escalate".

The Sun Online however revealed that former Western military commanders believe Putin could be overruled by his own men if he launched a nuke strike on Ukraine.