Ukraine: US and UK supplies are not enough says Inna Sovsun

Ms Sovsun claimed Ukraine is “in a position where we have to come to ask for more weapons” from the West as she argued that Russian troops “are getting three times more weapons” sent over to their troops compared to what the Ukrainian defence force is receiving. Ukraine has been fighting off the invasion for over 100 days and is hoping strengthening alliances with western allies will help push back Moscow’s troops. Referring to the prospect of receiving European Union candidate status, she said Ukraine is aware a possible full membership to the bloc “will not happen soon”, but argued a candidate status “is very important for the people who are risking their lives to save all of us” as “they need to know what they’re fighting for”.

Mr Sovsun told Times Radio: “What I’m hearing from the military is this: the Russians are getting three times more weapons delivered daily compared to the Ukrainian army.

“As of right now, the UK is the second-biggest supplier of weapons to the Ukrainian army after the United States.

“So that, of course, puts the United Kingdom level of support very high.

“But, unfortunately, the situation on the military front is such that we are in a position where we have to come asking for more. 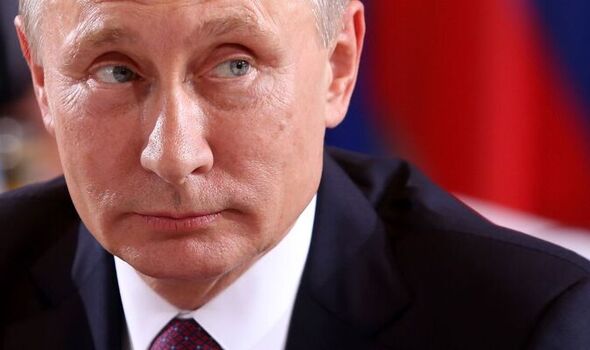 “We are still not getting the aircraft from any allies.

“There are some other things.

“For instance, the tanks which we are still asking for, but we are not getting.

“But the support with the anti-ship missile is highly appreciated.

“Other types of heavy weapons that the UK is delivering and helping with the training of the military, that is something extremely important.”

Referring to the prospect of Ukraine receiving candidate status from the EU, Times Radio presenter Cathy Newman asked: “Is it a symbolic issue or is that actually a prospect of this happening in the short term?”

She responded: “Even on a symbolic level, trust me, that is so very important for the people who are now risking their lives to save all of us.

“Boys and girls on the front need to have a perspective.

“They need to know what they’re fighting for.

“And in this sense, even the symbolism is important to all of them and they very much appreciate it.

EU member states are expected to decide whether to away a candidate status to Ukraine later this week.

Speaking in Brussels and in light of a decision from members of the bloc, President of the European Commission Ursula von der Leyen said the Commission recommends “that Ukraine is given candidate status”.

She added: “This is of course on the understanding that the country will carry out a number of further reforms.

“In the view of the Commission, Ukraine has clearly demonstrated the country’s aspiration and the country’s determination to live up to European values and standards.

“We all know that Ukrainians are ready to die for the European perspective. We want them to live with us the European dream”.