Back to normal by the summer? Sage expert says Britain could be ‘pretty close’ to pre-pandemic life within months if the vaccine rollout keeps speeding ahead

Britain could be back to something close to pre-coronavirus life as soon as the summer thanks to the UK’s vaccine juggernaut, a top scientist said today.

Professor Mike Tildesley, an infectious disease expert and member of the Sage advisory panel, said the jab could introduce huge changes within months if the rollout continues apace.

And he suggested that the lockdown could start to be eased some time next month as hoped – but will need to be done ‘relatively gradually’ and carefully to avoid a spike in cases.

His optimism came after a weekend of mixed messages from ministers about what the summer will look like for lockdown-weary Britons.

Health Secretary Matt Hancock raised the hopes of millions yesterday as he said that he expected a ‘Great British summer’ powered by the success of the vaccine rollout.

But less than half an hour after his local BBC interview, Trade Secretary Liz Truss said it was ‘dangerous’ for ministers to go on television ‘making promises about people’s summer holidays’.

Appearing on BBC Radio 4’s Today programe this morning,  Prof Tildesley said: ‘The danger is that as we start to unwind controls we offset the gains we get from vaccinations so we need to be very careful.

‘But if the vaccine rollout continues at high levels and we do find that actually these vaccines are good at blocking transmission as well as preventing severe infection, then we are in a good position.

‘And hopefully by the summer we can get back to something pretty close to what we have seen before the pandemic was normal.’ 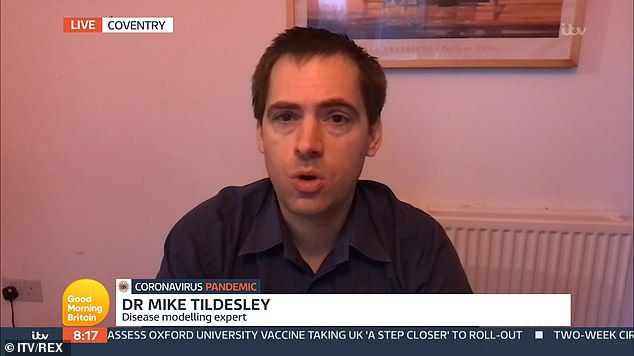 Professor Mike Tildesley, an infectious disease expert and member of the Sage advisory panel, said the jab could introduce huge changes within months if the rollout continues apace. 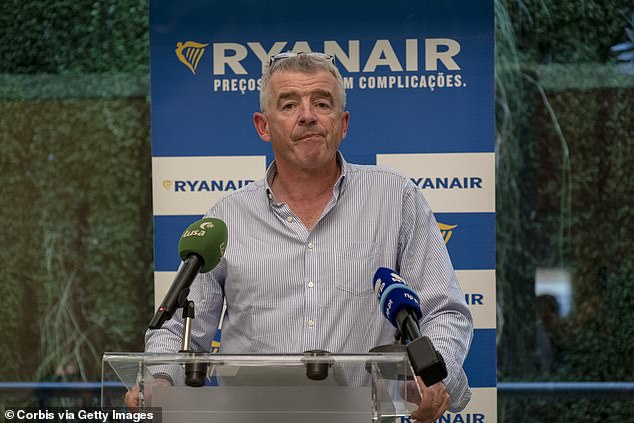 Michael O’Leary, the chief executive of the budget airline, said he believes there could be a huge surge in demand for intra-European flights this summer

His optimistic outlook came as Ryanair’s boss  voiced his hope that European beach holidays could return this summer thanks to vaccines.

Michael O’Leary, the chief executive of the budget airline, said he believes there could be a huge surge in demand for flights to Spain, Greece, Italy and Portugal this summer.

His airline has already tried to advertise holidays this year with a ‘jab and go’ advert.

In a message of optimism, he predicted that the Covid-hit travel and hospitality industry could finally ‘return to normal’ by the end of this year – due to a ‘pent-up demand’ from beach-deprived Britons.

But, speaking on the day the Irish low-cost carrier announced expected losses of £800million across 2021, he warned the boom was dependent on the success of the UK’s Covid vaccine roll-out.

So far almost nine million Britons have received their first dose of a Covid jab – with the Government currently on track to have everyone over the age of 50 vaccinated by the end of March.

And Mr O’Leary believes ministers should lift travel restrictions once Britain’s most vulnerable have been protected.

Local elections due to take place on May 6 look like they will go ahead, after the Conservative Party told activists they should campaign without knocking on doors or delivering leaflets during the lockdown.

Last night it was revealed proxy voting rules are to be altered to accommodate people with coronavirus.

Currently people who wish to nominate a friend to vote on their behalf have to give six weeks’ notice which would rule out many people struck down by the pandemic or forced to self-isolate.

But the rules are to be changed to allow proxies to be nominated on the same day as a vote, as late as 5pm.

Appearing on BBC Politics East yesterday morning, Suffolk East MP Mr Hancock said he was confident that a high percentage of the UK population would have had their jab within the next six months, enabling a roll-back of restrictions that have been in place since the new year.

‘In six months we will be in the middle of, I hope, a happy and free great British summer. I have a high degree of confidence that by then the vast majority of adults will have been vaccinated. 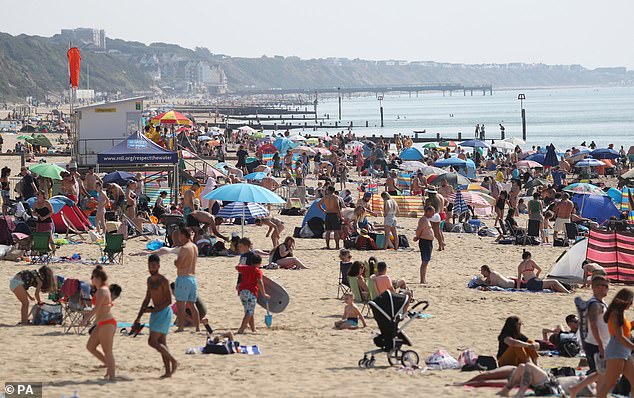 Mr Hancock has long been a summer optimist despite the horrific coronavirus death rate. In December he revealed he had already booked his summer holiday

‘That is not just the clinically vulnerable groups but then going to all groups, people like me – I’m in my 40s and healthy and we will have got though everybody. ‘That will give a high level of protection.’

Speaking a short time later on LBC radio, Ms Truss said that the government’s focus was on schools.

‘We have to just focus on step by step and summer holidays, I’m afraid, are a lower priority than getting kids back to school,’ she told the radio station.

‘If there is one thing we have learnt during the coronavirus crisis so far, is how unpredictable things are, what things could emerge.

‘I think it would be very dangerous for a government minister to go on your show making promises about people’s summer holidays.’

Later, speaking on Andrew Marr, she said there was a long way to go before the summer months.

The travel industry, both domestic and international, has been among the worst-hit by the repeated lockdowns over the past 10 months.

Mr Hancock has long been a summer optimist despite the horrific coronavirus death rate.

In December he revealed he had already booked his summer holiday, travelling to Cornwall with his osteopath wife Martha and their three children.

Speaking in the Commons Mr Hancock had said: ‘I do have high confidence that the summer of 2021 will be a bright one without the sort of restrictions that made the summer of 2020 more restrictive. I’ve booked my holiday. I’m going to Cornwall.’

END_OF_DOCUMENT_TOKEN_TO_BE_REPLACED

‘The Greatest Showman’ Director to Turn Robbie Williams’ Life Into a Biopic!

The Greatest Showman director Michael Gracey has announced that his next movie will be Better Man, a biopic about singer Robbie Williams. Deadline reports that the film will follow the singer’s “ascent, exploring the experiences that made him who he is, and the demons he battled both on and off the stage as he became a huge star on the

END_OF_DOCUMENT_TOKEN_TO_BE_REPLACED

Feeling Pandemic Fatigue? Here's How to Boost Your Mental Health While Stuck at Home

Products featured are independently selected by our editorial team and we may earn a commission from purchases made from our links; the retailer may also receive certain auditable data for accounting purposes. After months of adjusting our daily lives to the coronavirus, it’s okay to still not be feeling 100—even if you’ve become a pro at masking up, washing your