‘Sale of the century’: Dozens of former school sites earmarked for market

Dozens of former schools across Victoria are being prepared for sale on the open market, but planning experts warn the state government may soon have to buy back nearby land at higher prices as more people move to the regions.

The school sites are among more than 120 properties the state government has earmarked for sale after being deemed surplus to requirements. 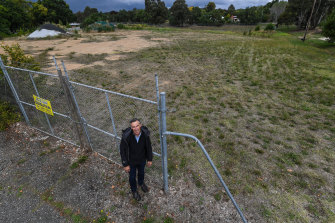 The list includes agricultural land, former police stations, former plantations and other vacant sites. But disused schools, mostly located in regional Victoria, account for about a quarter of the properties.

The Victorian opposition described plans to offload the public land as the “sale of the century” and called on the government to explain why the properties should be sold.

Some of the former schools are located in areas such as Geelong, Bendigo and Castlemaine that are experiencing increased demand for residential property as many Melburnians leave the city to build new lives in regional locations.

There are at least five disused schools in and around Bendigo that are being prepared for sale, three in Colac Otway Shire and two each in the Geelong region and Mount Alexander Shire.

Some Melbourne properties are also set to go under the hammer.

RMIT Centre for Urban Research’s Ian McShane said the land listed may be needed in years to come for schools or other community resources, including health centres.

“If they’re sold into private markets they wouldn’t be available,” he said.

Associate Professor McShane called for more demographic research on whether communities would need the public land before the government sells it off.

“There is merit in having a broader look at this issue in terms of the repopulation of regional Victoria.”

He said many communities had an emotional attachment to schools, but leaving them vacant and vulnerable to vandalism and neglect was also a “poor outcome”.

The public sites are a mix of crown and freehold land.

Monash University senior researcher in urban planning and design Liz Taylor said recent history in inner Melbourne showed schools were later needed in the places where they were closed in the 1990s.

She warned governments could run into problems finding land when demographics changed.

“If there is an increase in population it’s going to be more expensive and time-consuming to buy it back later,” Dr Taylor said.

She said government departments made informed guesses about where enrolments would rise and fall to determine the best use for schools.

However, she said the pandemic showed how sudden changes could have a big impact on local property markets.

Dr Taylor said assumptions about demographics could also be flawed, citing the poor planning for schooling in the Docklands.

Opposition planning spokesman David Davis said local communities should be consulted and areas of population growth should have proper plans in place to use the land before it is sold.

“This is a huge list of country land sales offered by Daniel Andrews Real Estate,” he said.

“But where is the government’s plan for these towns, many have growing populations, turbocharged by COVID as people flee the city.”

The government said it sold surplus land and acquired new land every year.

A state government spokesman said surplus land was first offered to other state, federal and local government entities before being sold on the open market.

“Funds from sales of surplus government land are reinvested by the government in our major pipeline of priority infrastructure projects as part of the annual state budget,” he said.