Sales manager at travel group was ‘gaslit’ and mocked by his female boss who called him ‘princess’ and alluded to him being a closet homosexual, tribunal hears

A sales manager who claimed he was ‘gaslist’ and mocked by a female boss who called him a ‘princess’ is set for a pay-out after winning his tribunal battle.

Referring to one flashpoint, Mr Weinreb told a tribunal he was called a ‘princess’ in an all-capital-letter email by the firm’s finance chief Patricia Andrade.

He also claimed that Ms Andrade implied he was a ‘closet homosexual’ during a row that ended in the workplace toilets.

Mr Weinreb was later dismissed by the company for ‘alleged misconduct’ after making complaints of sexism and racism to top bosses.

But he is now set to receive a pay-out from the firm after a tribunal judge agreed he had been ‘bullied’ by Ms Andrade and ‘victimised’ by the firm for making a complaint. 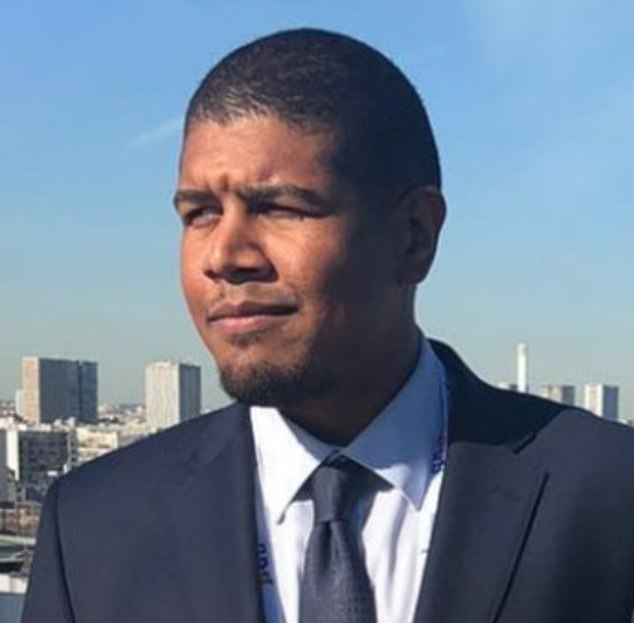 A London employment tribunal heard that Mr Weinreb worked as a business development manager for OTT – a global e-learning platform for travel agents – between 2017 and 2019.

He joined the company in September 2017 and was earning a salary of £30,000 plus commission.

But just a month after joining the company, the tribunal heard Mr  was involved in an altercation with finance manager Ms Andrade.

Employment Judge Alexandra Davidson said: ‘The day before, Mr Weinreb, being new in the role, had asked for some help and was criticised for being a “child” and needing his “hand held” which he did not take kindly to.

‘Patricia Andrade, in bringing this up the following day, was goading him and created a conflict where none was necessary.’

The tribunal heard that, in March 2018, Ms Andrade emailed Mr Weinreb asking for a document.

Nine minutes later she sent him another email with the text ‘WAITING PRINCESS!!!’.

Later that month, he sent Ms Andrade an email saying ‘apparently our computers are not on friendly terms’ to which she replied ‘Not just our computers’.

Mr Weinreb told the tribunal these emails were examples of ‘casual discrimination’ against him.

However the company argued it was ‘simply office banter, which [Mr Weinreb] was happy to take part in’.

The tribunal also heard that Ms Andrade said to the all-male Business Development team that they should have better sales figures as they were meant to be ‘alpha males’.

In April 2019, managing director Julia Feuell held a quarterly performance review with Mr Weinreb at which she raised the pattern of ‘run-ins’ between him and other staff.

This led to a discussion about him not getting a promotion, which he ‘was clearly unhappy about’.

Later that month, the tribunal heard there was an incident when Ms Andrade came into the Business Development office and started a conversation with a male colleague about homosexuality, promiscuity and Grindr.

Mr Weinreb said he didn’t see the attraction, to which Ms Andrade responded ‘look at you acting prestige’.

The tribunal heard how Mr Weinreb took this as Ms Andrade alluding that he was a closet homosexual.

He ‘upset by this and went to the toilet to get away from the situation’, the tribunal heard.

But Ms Andrade quickly followed him there and banged on the toilet door, he told the tribunal.

In May 2019 he was asked to attend an Employment Review Meeting, which led to him filing a formal grievance alleging discrimination on grounds of race, sex and sexual preference.

The result of his grievance was that Ms Andrade was spoken to, ‘reminding her of the rules of showing respect to her colleagues both in her spoken and written communication’.

Employment Judge Davidson concluded that Mr Weinreb had been subjected to ‘less favourable treatment’ by his employers.

She said ‘the banter often crossed the line of acceptable behaviour’ but did not relate to his perceived sexual orientation, race or sex so was not classed as discrimination.

The Judge added: ‘We note [Mr Weinreb’s] allegation that he was repeatedly ‘gaslit’ in that he was made to think incidents were his fault when that was not always the case and we understand why he would feel like that in the light of much of the evidence before us.’ 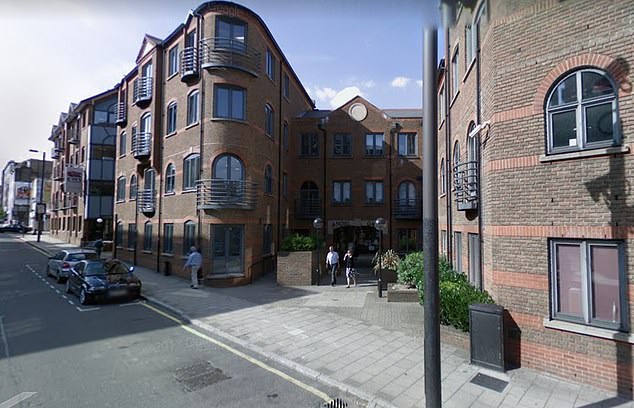 A London employment tribunal heard that Mr Weinreb worked as a business development manager for OTT – a global e-learning platform for travel agents (pictured: The company’s London offices) – between 2017 and 2019

She noted that Ms Andrade ‘bullied’ Mr Weinreb and was ‘aggressive’ and ‘unpleasant’ towards him but not discriminatory.

During a second Employee Review Meeting at the company in June 2019, Ms Feuell ‘banged on the table’ because she was angry.

The tribunal ruled that this was an act of victimisation: ‘She was angry that [Mr Weinreb] had raised the issue of discrimination and she took the matter personally.

‘She would not have behaved this way if he had not made the allegations of discrimination.’

The following month Mr Weinreb was dismissed on grounds of alleged misconduct and was told that part of the reason for dismissal was he had raised very serious issues of sexism and racism.

She added: ‘In conclusion, we find that [Mr Weinreb] was victimised for having made allegations of discrimination.’

Mr Weinreb’s claims of discrimination and harassment failed but his claim of victimisation succeeded.

A hearing will be held at a later date to determine how much compensation he is owed by OTT.