Saudi Arabia asks nations to respond to Iran with ‘firmness’

The kingdom’s foreign minister today urged Muslim nations to confront recent attacks in the region that the U.S. and its allies have blamed on Iran with ‘all means of force and firmness’.

Ibrahim al-Assaf made the comments at a meeting of foreign ministers of the 57-nation Organization of Islamic Cooperation ahead of a series of summits in the kingdom beginning on Thursday.

The tough stance comes on the eve of emergency Arab and Gulf summits called by US-ally Saudi Arabia to discuss the standoff and ways to isolate Tehran amid fears of a military escalation.

Al-Assaf said the alleged sabotage of boats off the coast of the United Arab Emirates and a drone attack on a Saudi oil pipeline by Yemen’s Iranian-backed Houthi rebels requires the region to ‘make more efforts to counter the terrorist acts of extremist and terrorist groups’. 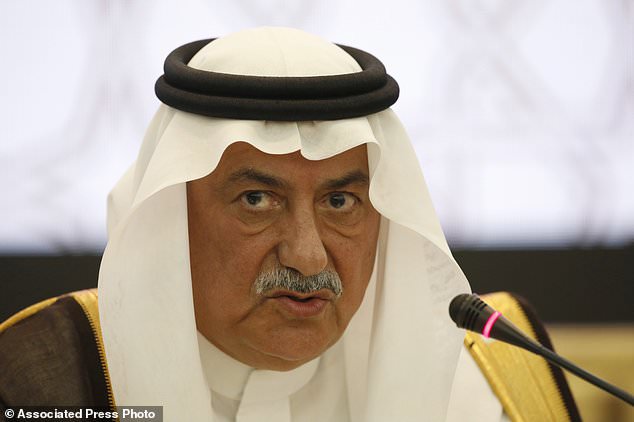 Ibrahim al-Assaf speaking at the opening of the annual meeting of the Arab financial institutions, in Rabat, Morocco in 2017. Saudi Arabia’s foreign minister says Muslim nations must confront recent attacks blamed on Iran with ‘all means of force and firmness’ 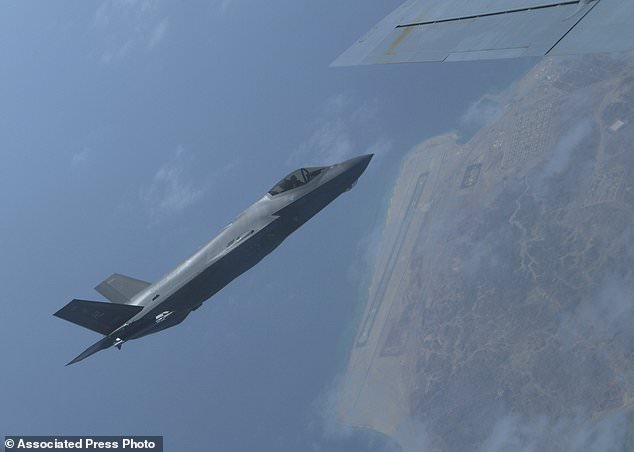 ‘We should confront it with all means of force and firmness,’ al-Assaf said.

Iran has denied being involved in the attacks, which come amid heightened tensions between Tehran and the U.S.

An Iranian official was at the meeting where al-Assaf spoke on Thursday, but Iranian Foreign Minister Mohammad Javad Zarif did not attend.

The U.S. has accused Tehran of being behind the string of incidents this month, which also included a rocket strike near the U.S. Embassy in Baghdad.

Two Saudi oil tankers, among four vessels, were the targets of mysterious acts of sabotage off the United Arab Emirates (UAE) on May 12, and Iran-aligned Yemeni rebels have stepped up drone attacks on the kingdom – one of which resulted in the temporary shutdown of a major oil pipeline.

On Wednesday, U.S. national security adviser John Bolton told journalists in Abu Dhabi that there had been a previously unknown attempt to attack the Saudi oil port of Yanbu as well, which he also blamed on Iran. 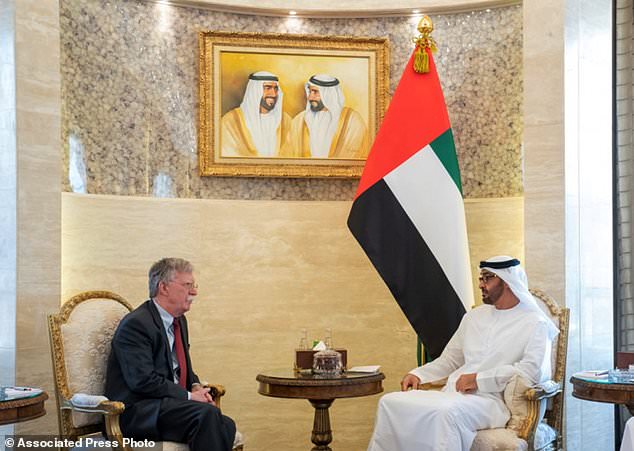 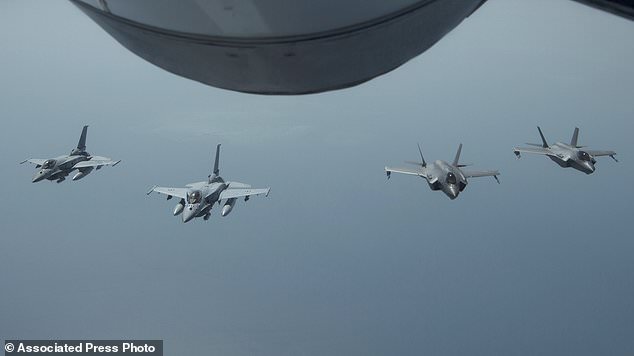 United Arab Emirates Air Force Desert Falcons fly in formation with U.S. F-35A Lightning IIs in an undisclosed location in Southwest Asia. The flight was conducted to continue building military-to-military relationship with the UAE, according to the Air Force 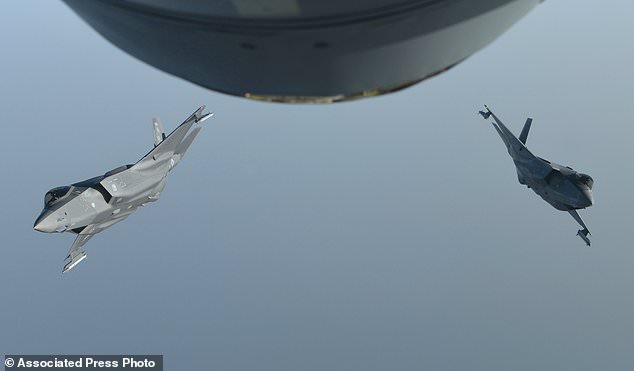 Two U.S. F-35A Lightning IIs break away from each other after an aerial refuelling mission over an undisclosed location in Southwest Asia. The F-35s later participated in a formation flight with United Arab Emirates Air Force Desert Falcons and Mirage 2000s

Bolton described Tehran’s decision to back away from its 2015 atomic deal with world powers as evidence it sought nuclear weapons, even though it came a year after America unilaterally withdrew from the unravelling agreement.

He also stressed the U.S. had not seen any further Iranian attacks in the time since, something he attributed to the subsequent military deployments – America recently sent an aircraft carrier and B-52 bombers to the Persian Gulf. But Bolton warned the U.S. would strike back if again attacked.

‘The point is to make it very clear to Iran and its surrogates that these kinds of action risk a very strong response from the United States,’ Bolton threatened, without elaborating.

He said: ‘Mr Bolton and other warmongers and chaos seekers should know that the strategic patience, high vigilance and complete defensive readiness of the Islamic Republic of Iran… will prevent the fulfilment of their evil desires for chaos in the region.’ 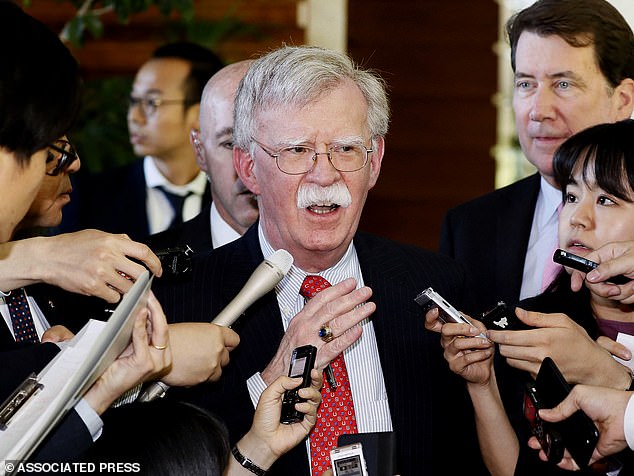 Meanwhile on Wednesday, acting U.S. Defense Secretary Patrick Shanahan said some 900 troops coming to the Mideast over the perceived Iran threat – to reinforce the tens of thousands already in the region – would be deployed in Saudi Arabia and Qatar. Another 600 attached to a Patriot missile battery have had their deployment in the region extended.

‘The Iranian threat to our forces in the region remains,’ Shanahan said.

Bolton’s trip to the UAE comes just days after Trump in Tokyo appeared to welcome negotiations with Iran.

‘We’re not looking for regime change – I just want to make that clear,’ Trump said. ‘We’re looking for no nuclear weapons.’

But Bolton himself, for years before becoming national security adviser, called for overthrowing Iran’s government in interviews and in paid speaking engagement before an Iranian exile group.

‘I don’t back away from any of it. Those are positions I took as a private citizen,’ Bolton said when asked about his prior remarks.

‘Right now I’m a government official. I advise the president. I’m the national security adviser, not the nation security decision-maker. It’s up to him to make those decisions.’

US experts are part of a five-nation team that is investigating the attacks off the UAE emirate of Fujairah.

The new war of words follows a US military buildup that includes the deployment of an aircraft carrier, B-52 bombers and 1,500 more troops to the region.

Bolton said that additional US forces were sent to the Middle East as a ‘deterrent’ and that Washington’s response will be prudent.