A Saudi teenager is waiting to find out whether he will be executed for participating in an anti-government protest as a child.

Murtaja Qureiris is now 18 but some of the charges against him date back to when he was just 10, according to Amnesty International.

The organisation says it has confirmed Saudi Arabia’s public prosecution sought the death penalty for Murtaja in August and another hearing on the matter is expected soon.

Lynn Maalouf, Amnesty International’s Middle East research director, said it was “appalling” that the teenager is facing execution for offences from his childhood.

“The Saudi Arabian authorities have a chilling track record of using the death penalty as a weapon to crush political dissent and punish anti-government protesters – including children – from the country’s persecuted Shia minority.

“There should be no doubt that the Saudi Arabian authorities are ready to go to any length to crack down on dissent against their own citizens, including by resorting to the death penalty for men who were merely boys at the time of their arrest.” 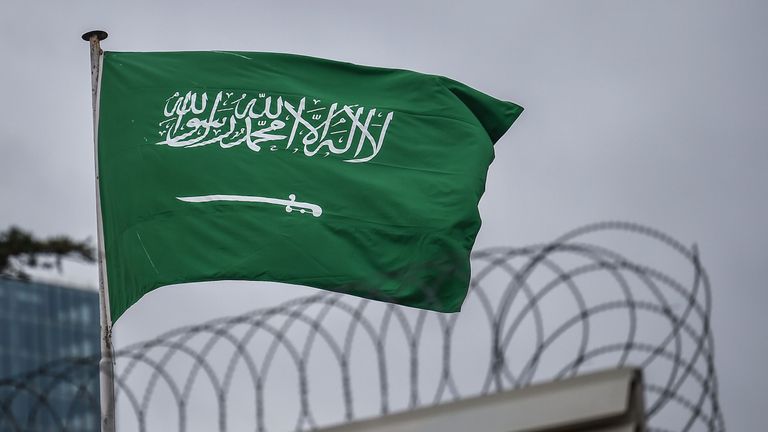 Murtaja was arrested in 2014 at the age of 13 and has been held in custody since then, enduring beatings, intimidation, and a month of solitary confinement, Amnesty said.

Video footage published by CNN showed him as a boy participating in a protest with a group of boys on bicycles in Saudi Arabia’s Eastern Province in 2011.

The charges against him include participating in anti-government protests, attending the funeral of his brother who was killed in a protest in 2011, joining a “terrorist organisation”, throwing Molotov cocktails at a police station, and firing at security forces.

According to CNN, the strict Islamic state is seeking for his body to be crucified and dismembered after his execution.

Saudi Arabia is a member state of the United Nations and is among those to have signed the UN Convention On The Rights Of The Child.

The convention says: “Neither capital punishment nor life imprisonment without possibility of release shall be imposed for offences committed by persons below 18 years of age.”

But such executions are not new for Saudi Arabia.

The Saudis executed 37 people on one day in April, most of them minority Shia Muslims. The body and severed head of one man were pinned to a pole as a warning to others.

Among those killed was Abdulkareem al Hawaj, who had been arrested at the age of 16 for involvement in anti-government protests.

It was the largest number of executions in a single day since 2 January, 2016, when 47 people were killed.