All-boys school is teaching 14-year-old pupils about consent, sexual violence and domestic abuse in response to murders of Sarah Everard and Sabina Nessa

An all-boys school is teaching its teenage pupils about sexual abuse, domestic violence and consent in the wake of the high-profile murders of Sarah Everard and Sabina Nessa.

Julie Richardson, headteacher at Verulam School in St Albans, Hertfordshire, described the lessons as being ‘as important as English and Maths’ for her pupils’ education.

Working alongside Survivors UK, a national charity working with male victims of rape and sexual assault, the school is engaging its 14 and 15-year-old students in discussions about relationships and abuse.

She said: ‘Let’s be frank, this has been an issue in schools for many years. It is something we need to be addressing though many are not.

‘For us this is not a tick-box exercise. It is embedded in our curriculum and to me is as important as English and Maths.’ 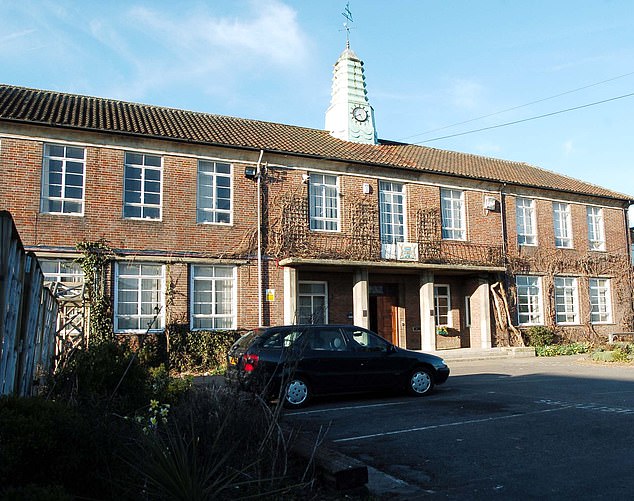 14 and 15-year-old students at all-boys Verulam School, Herts (above) are being taught about sexual abuse, domestic violence and consent in the wake of the high-profile murders of Sarah Everard and Sabina Nessa 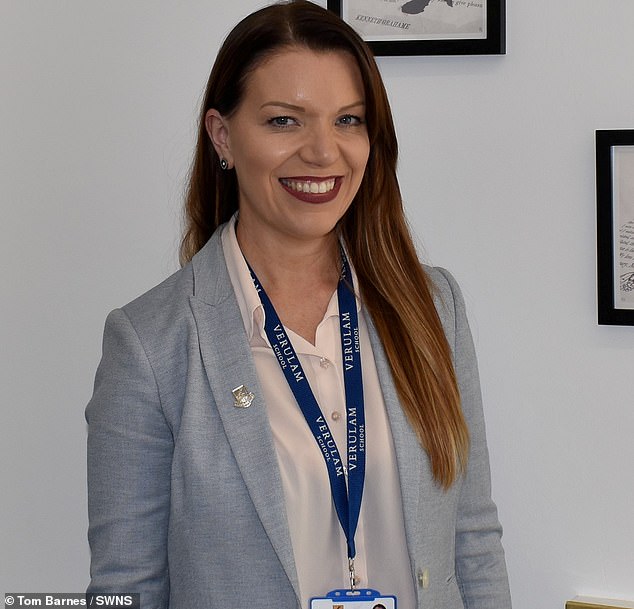 A damning Ofsted investigation released in June 2021 revealed that over half of pupils in the UK had experienced ‘unwanted touching’ at school, while 90 per cent of girls had been sent explicit pictures.

The schools inspectorate spoke to more than 800 children and young people aged 13 and over about sexual harassment and violence – with shocking experiences of cat-calling, rape jokes and inappropriate touching all being reported.

Ms Richardson cites the high-profile murders of Ms Everard and Ms Nessa – who were both attacked by men – earlier this year as reasons behind the school’s educational objectives.

She said: ‘I want our students to pursue their dreams, be emotionally, mentally and spiritually secure and successful, as well as achieving strong academic results.

‘For me, schools have failed if their children leave with good exam results but they’re not comfortable in their own skin, or feel that they don’t belong.

‘Bringing in expertise and people who are used to answering some of the really challenging questions that young people will sometimes have about consent and domestic violence will help ten-fold. These people are experts in their field.’

‘There is still a concerning amount of violence against women not just in this country but globally, the majority of perpetrators are men.

‘Sabina Nessa and before her Sarah Everard are more another tragic examples of why important it is to educate the next generation of young men. 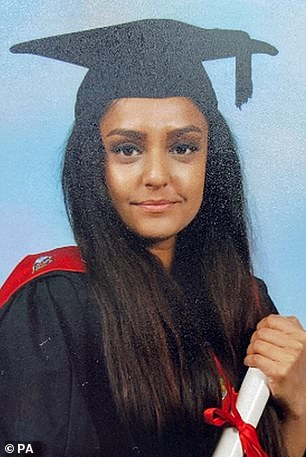 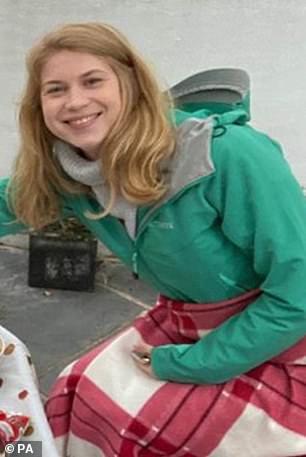 Verulam School in St Albans, Herts, is an all-boys state secondary school for pupils aged between 11 and 19.

Established in 1938, the educational institution has been an all-boys school since its inception.

London-born Miss Richardson is the daughter of a former headteacher and graduated from Winchester University. 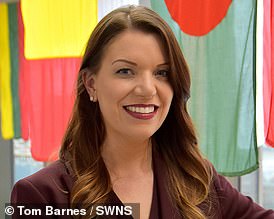 Speaking of her appointment, Ms Richardson said: ‘I am really proud to have the opportunity to lead and serve the staff, students and community into the next chapter of Verulam’s history.

‘I will be relentless in my drive to ensure that Verulam continues to be a place full of opportunities, experiences and where all pupils excel academically.’

‘It is time for the talking to stop and for action. At Verulam we are driving the action, not waiting for society to catch up.’

Ms Richardson was appointed as the first female head of Verulam School in March.

Personal, social, health and economic lessons are taught at Verulam School as part of pupils’ timetabled lessons to help students manage their academic, personal and social lives, according to the school.

Survivors UK says in teaching these teenage boys, its intention is to educate young men on becoming better ‘partners and fathers’ in the long-term.

Sam Thomson, outreach and engagement lead for the organisation, said: ‘I think what Verulam and Julie are doing is frankly amazing.

‘Instead of brushing it under the school are meeting these challenges head on.

‘This is exactly what every school in the country should be doing, taking a proactive approach to a very important issue.

‘I was very pleased with the boys responses. They showed great maturity and seemed to take onboard what we were saying.

‘It is a process and it is about education.

‘We are educating these young men how to be good partners, fathers, there can be nothing more important than that.’

Since March 2020 when Sarah Everard, 33, was murdered by Met Police officer Wayne Couzens, 48, some 77 women have been killed, according to Rape Crisis.

Two weeks ago, primary school teacher Sabina Nessa, 28, was found dead in a park also in south London, described in court as a ‘predatory’ murder.

The Met has since vowed to make the streets safer for women and girls as it said it is investigating whether Couzens committed more crimes before killing Ms Everard.

It comes as Home Secretary Priti Patel branded the killing of Ms Everard as a ‘scandal’ while admitting changes must be made in how violence against women is tackled.

She told the Evening Standard: ‘[What happened to Sarah] is an absolute scandal and the police will have to make some changes.’