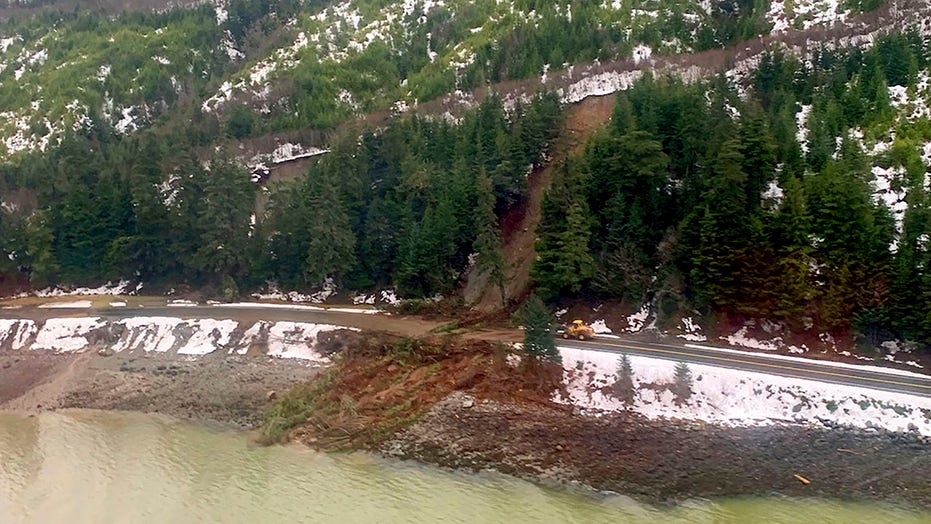 More rain and snow is forecast in Haines, Alaska, where rescue teams continue to search for two residents still missing after heavy rainfall last week set off a massive landslide that crashed into the southeastern town.

David Simmons, 30, and Jenae Larson, 23, have been missing since Wednesday when a landslide estimated at 600 feet wide took out four homes in the town and pushed debris to the waterline.

Rain showers were expected to continue Sunday night through Tuesday, with snow showers beginning Wednesday and lasting through the week, according to the National Weather Service. A flash flood watch is in effect until late Tuesday. 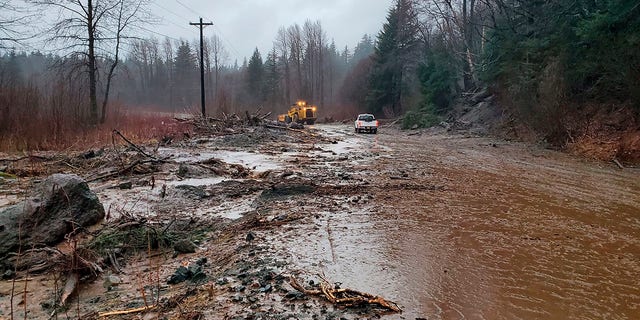 Damage from heavy rains and a mudslide 600 feet wide in Haines, Alaska, on Wednesday, Dec. 2, 2020. (Matt Boron/Alaska Department of Transportation and Public Facilities via AP)

Rain and snow hampered the rescue effort over the weekend in Haines, where freezing rain Sunday added to the 6 to 8 inches of snow that fell the day before, the NWS in Juneau said. At least a quarter-inch of ice accumulated in the area over the weekend.

Despite the complications, officials told the Anchorage Daily News that the rescue operation has not been abandoned.

“We specifically asked this morning how we will know when this operation changes from search and rescue to search and recovery, and [troopers’] response was, ‘We are not there yet,’" Alekka Fullerton, Haines borough’s interim manager, said Saturday. 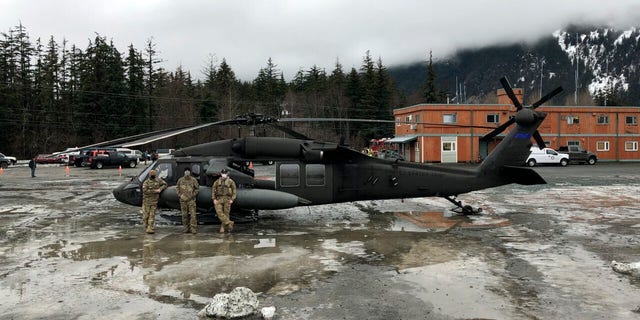 Haines, with a population of about 2,500 people, experienced several landslides as heavy rains inundated much of southeast Alaska last week. The landslides followed a deluge of about 10 inches of rain over two days.

Authorities initially said six people were missing after the slide but revised that Thursday when four people were found safe. 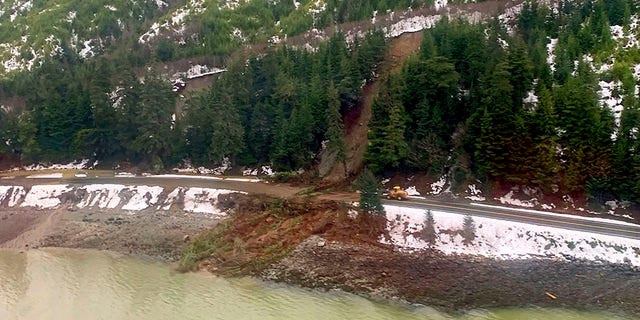 Authorities have identified the two people missing after a landslide the width of two football fields slammed into the southeast Alaska community. (Lt. Erick Oredson/U.S. Coast Guard via AP)

Simmons, newly hired to lead the city’s economic development corporation, lives in one of the four homes destroyed in the landslide.

Larson, who recently graduated from the University of Idaho, is in her first year as a kindergarten teacher in her native Haines. She rents an apartment above Simmons’ garage and was only home the day of the slide because schools had been canceled.