SERIAL killer Bruce McArthur used equipment from his landscaping job to bury the dismembered bodies of his victims in planters at his friend's home during a heinous eight-year murder spree.

McArthur, 69, was arrested in January 2018 and later pleaded guilty to murdering eight men between 2010 and 2017, who had all disappeared without a trace from Toronto's Gay Village district. 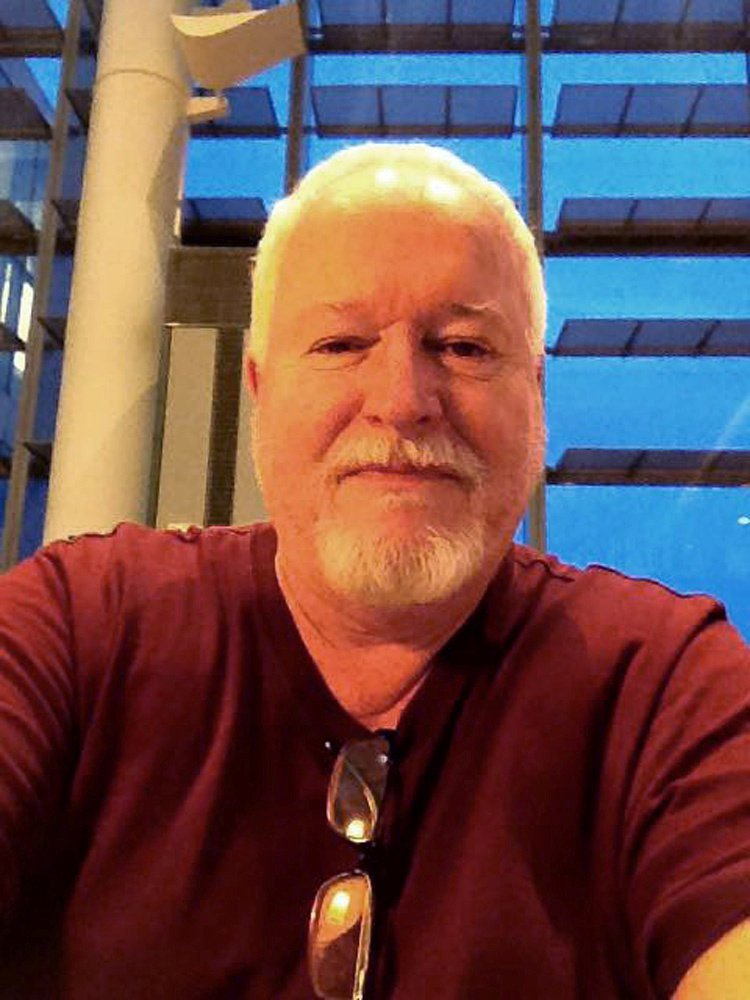 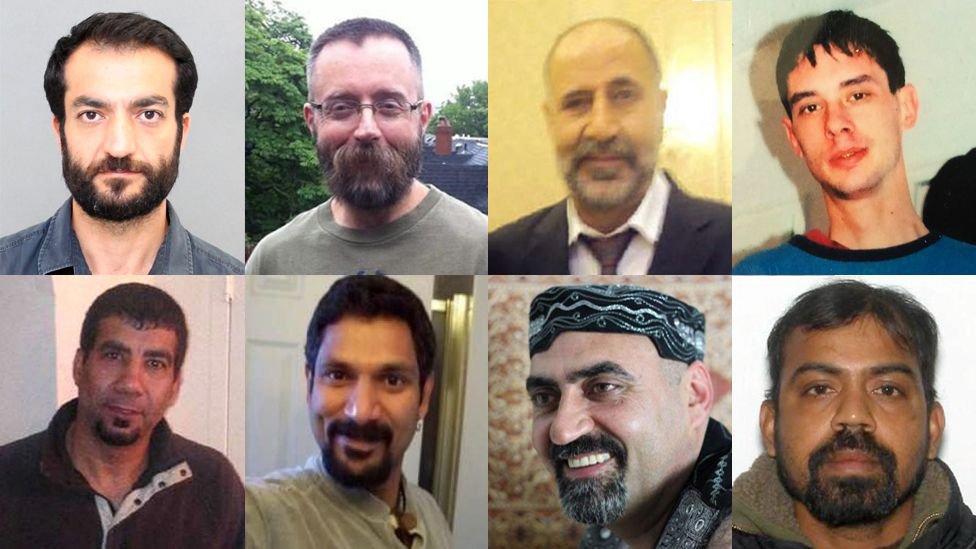 The brutal crimes of McArthur – who is considered one of Canada's most prolific serial killers – are being revisited in a new true-crime documentary titled, Catching a Serial Killer: Bruce McArthur, which is due to air on Oxygen on Sunday.

Featured in the film is a friend of McArthur's, Karen Fraser, who said she had no idea what was happening when police arrived at her door in January 2018.

"Half of me was backing away and staring in horror," she told Fox News. "The other half was trying to think clearly. They didn’t have a search warrant and I was fully aware of it. I really didn’t have to pay any attention to them if I didn’t want to."

Once an officer told her that a serious crime had been committed and that McArthur had been arrested, she said she knew the situation was "serious".

"The officer was clearly upset so something big was happening," Fraser said. "That was the first of many decisions, to have faith in the system. So we cooperated and left."

Unbeknown to Fraser at the time, McArthur had been arrested and charged with sexually assaulting, murdering, and dismembering eight men he'd met between 2010 and 2017 in Toronto's LGBTQ enclave of Church and Wellesley. 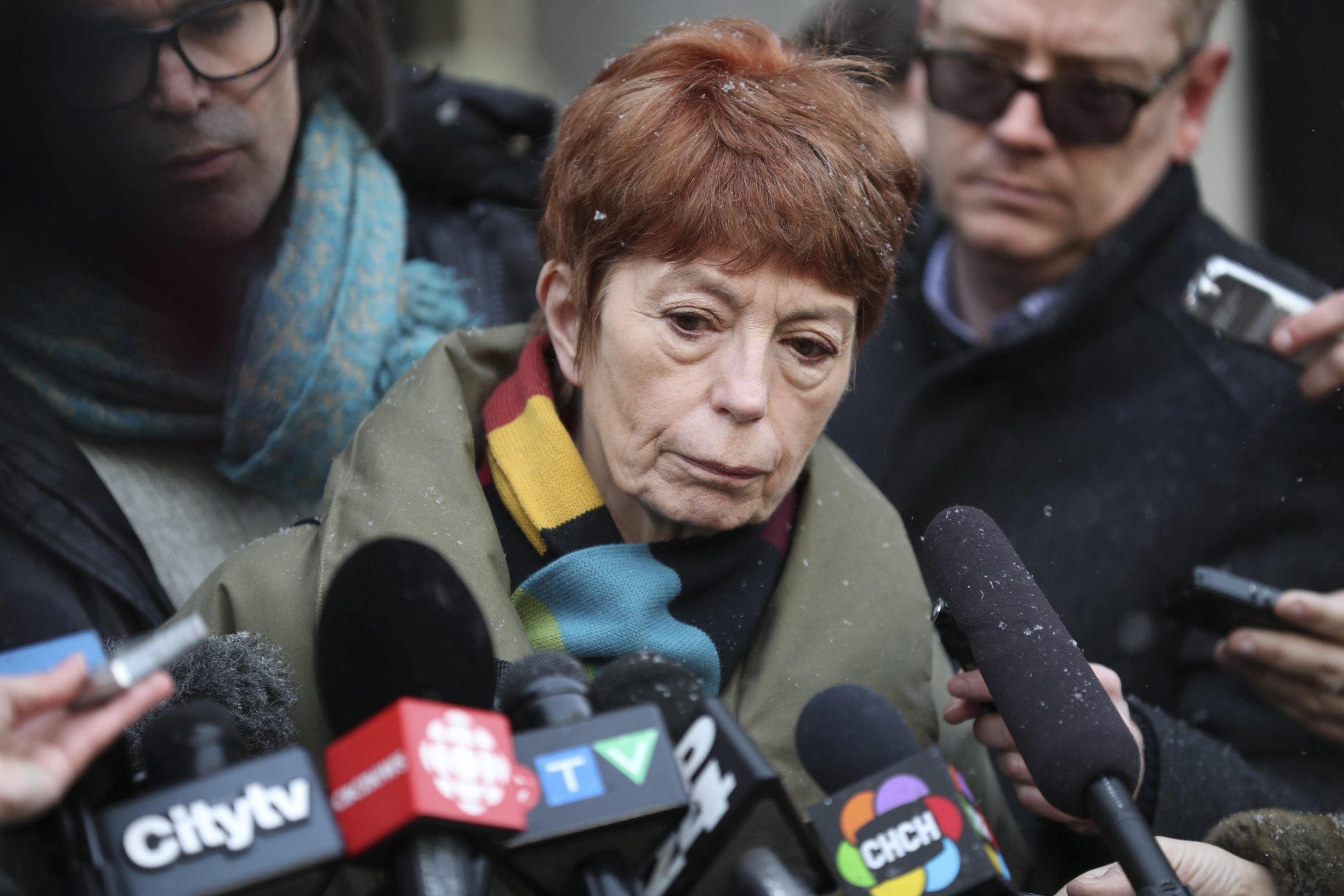 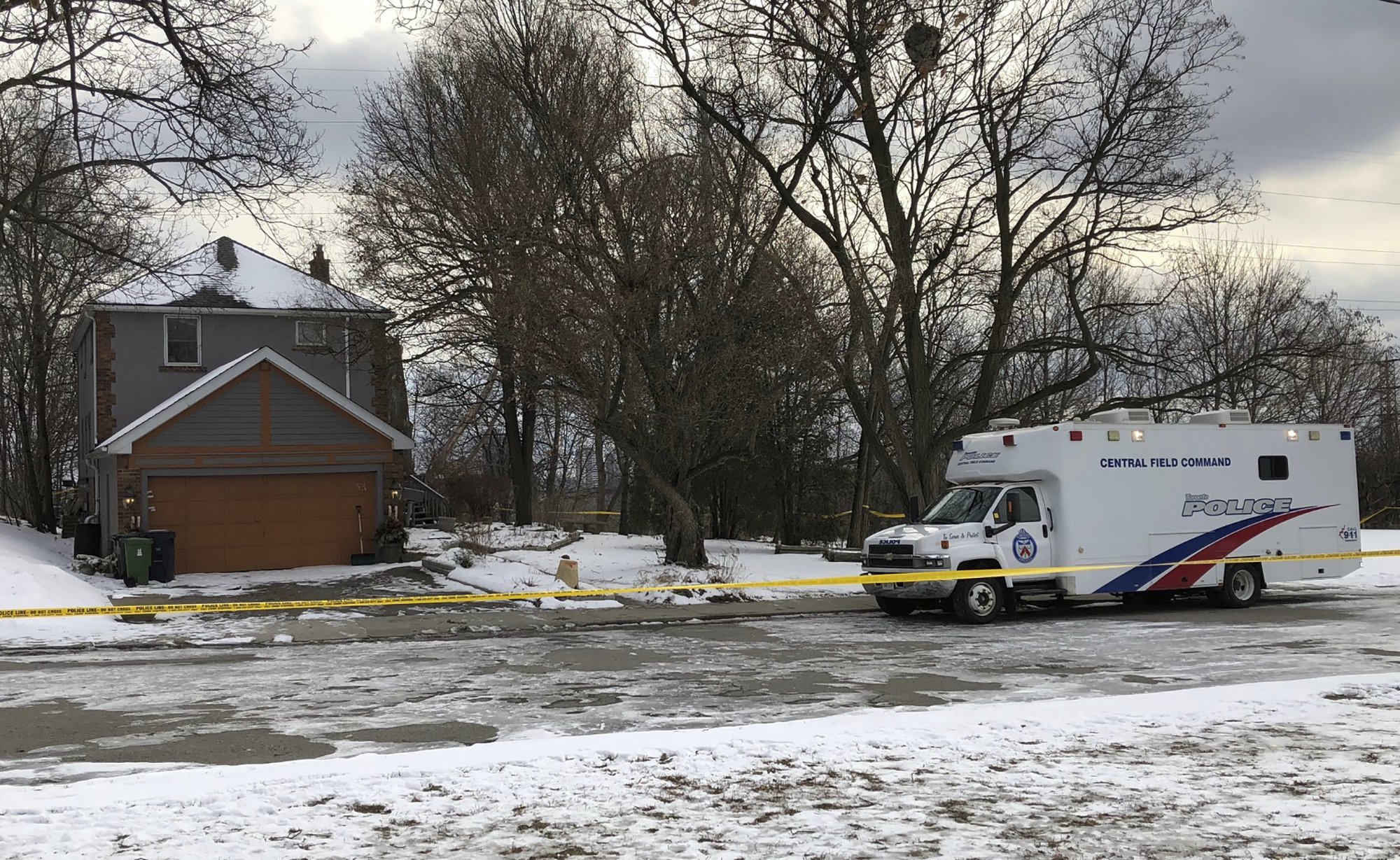 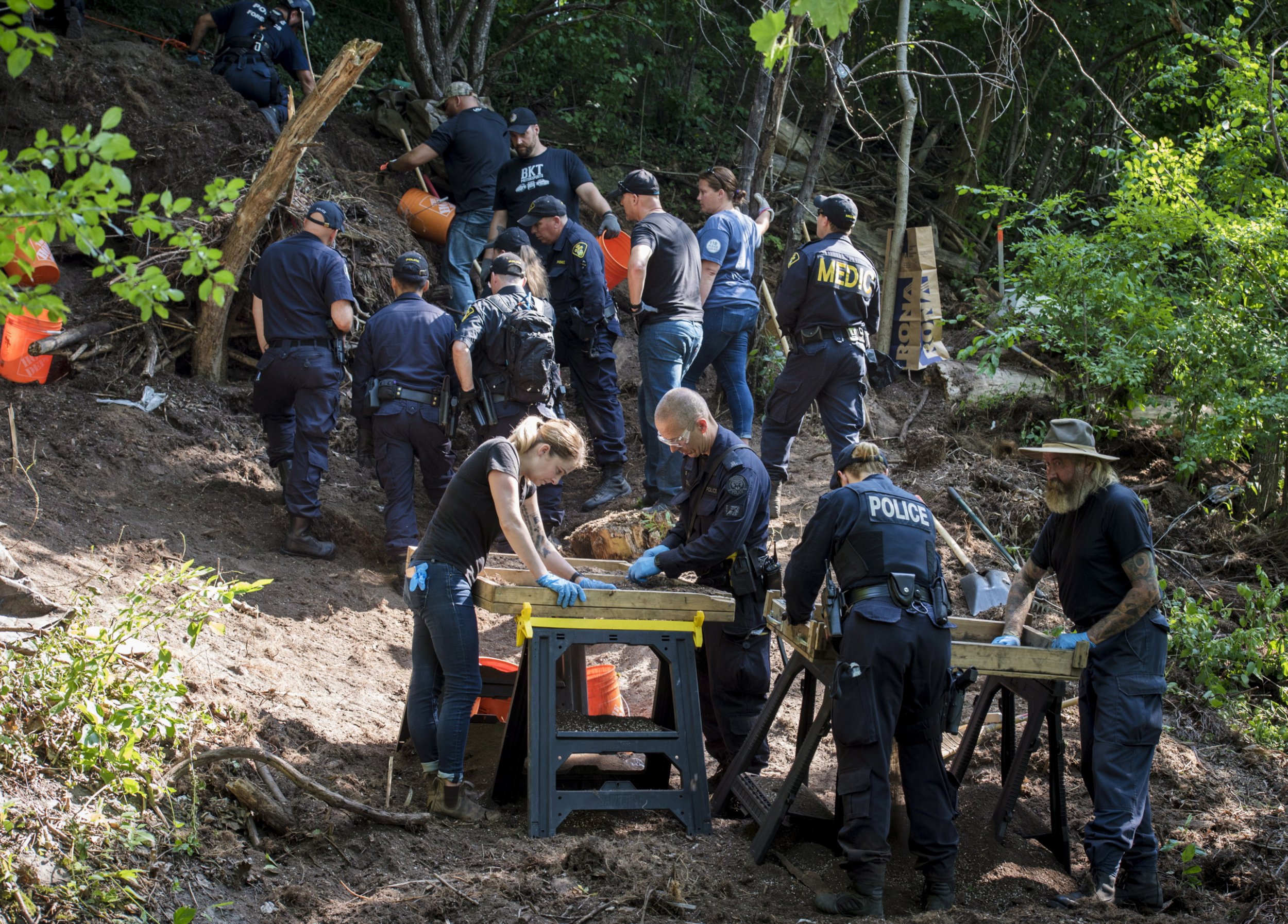 For years, the self-employed landscaper had also been storing his equipment on Fraser's property in exchange for mowing her lawn and taking care of the yard.

"I thought I had made the best deal ever," she recounted to Fox of the arrangement. "He was very efficient and liked his job. He was very talented at it. He was very pleasant and spoke about his children fondly.

"He was also an excellent grandfather. He was just a nice man who seemed very happy with the choices he made in life."

McArthur and Fraser first met more than a decade ago through his sister.

At around the same time, McArthur had launched his landscaping business, and, needing somewhere to store his tools, he struck the deal with Fraser to keep them in her double garage.

Fraser said she was later horrified to learn that McArthur, whom she considered a mild-mannered family man, could be responsible for such viscous crimes.

At first, Fraser said she defended him, believing he should be treated as innocent until proven guilty.

"I never once saw him lose his temper with anyone," she told Fox. "He was considerate, generous and cheerful."

But the "nice-guy" persona Fraser had for so long come to associate McArthur with quickly faded when police began digging for evidence on her property in February, 2018. 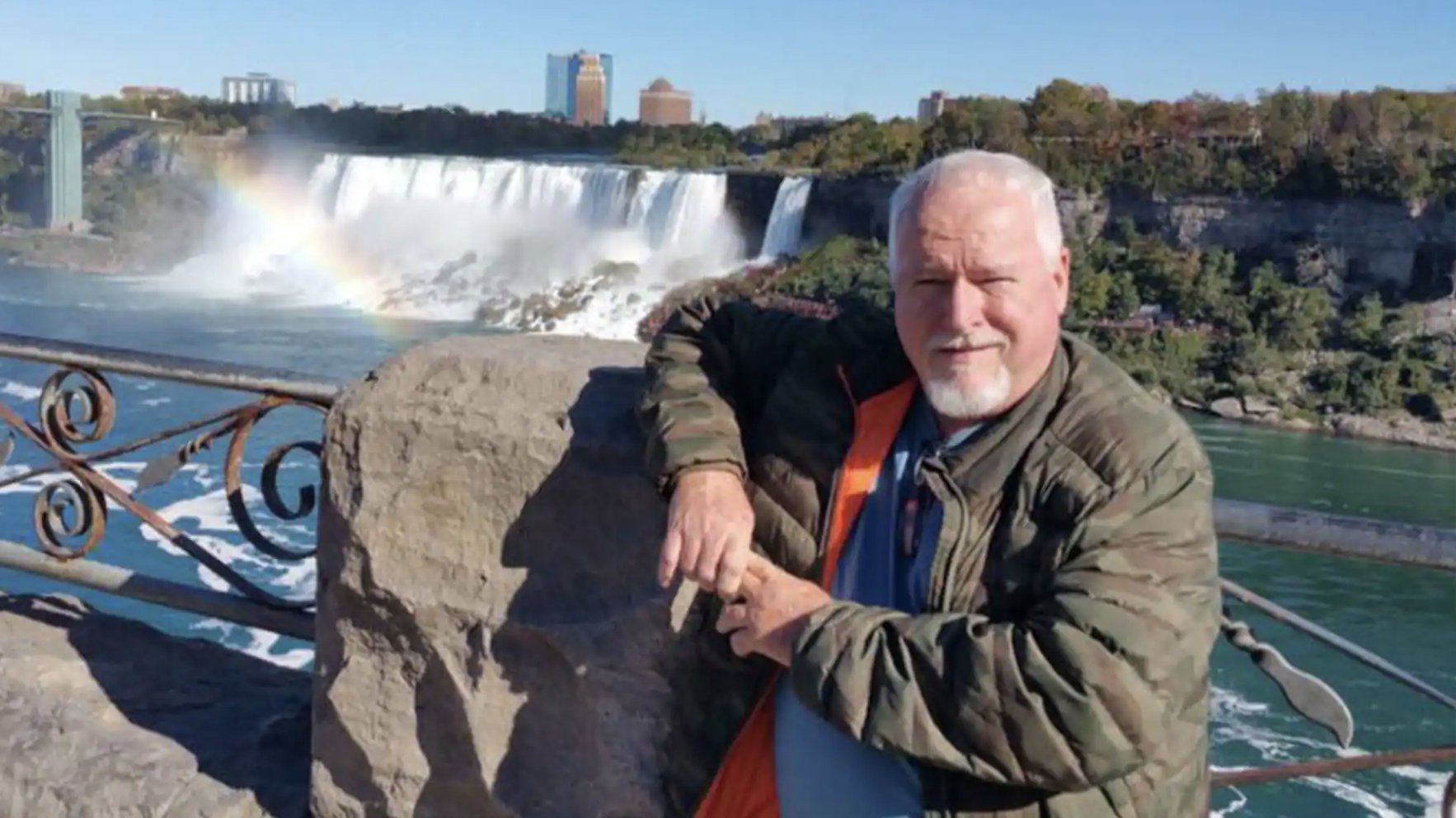 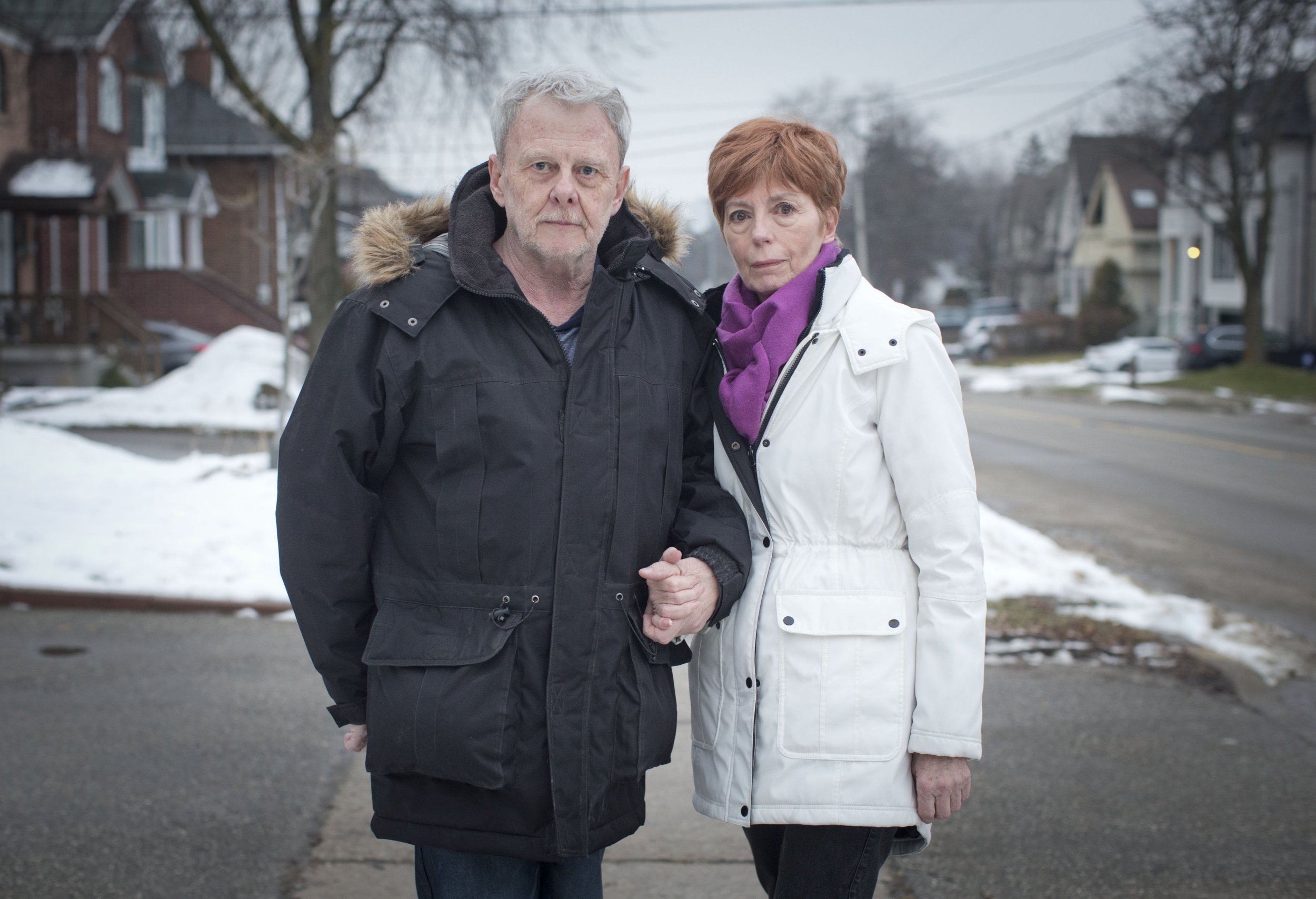 Investigators would go onto to find the dismembered remains of seven of his victims in flower planters on Fraser's land; the remains of his eighth victim were found in a ravine behind her home.

Two of the victims, Skandaraj Navaratnam and Majeed Kayhan, she would later remember encountering with McArthur.

"Bruce always had people helping him," Fraser said of Navaratnam.

"So I didn’t think much of it. But I remember Skandaraj being very charming. He attracted your attention right away. Fabulous smile. He was well dressed and always laughing. I never saw him again."

Navaratnam, a 40-year-old Sri Lankan refugee who moved to Canada in the 1990s, vanished in September 2010.

Friends had reported him missing after he failed to return home to his new puppy, though no trace would be found of him for another eight years. 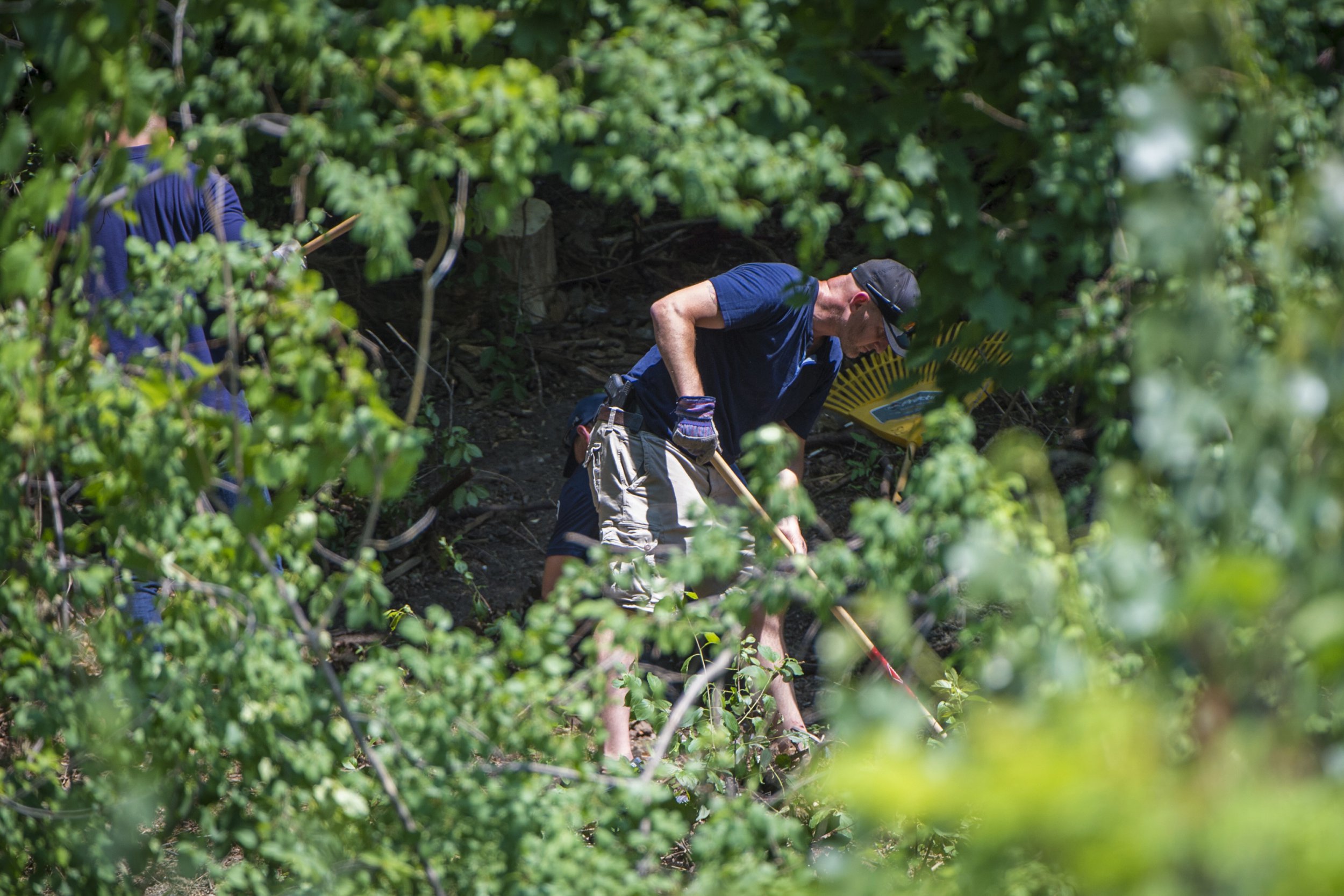 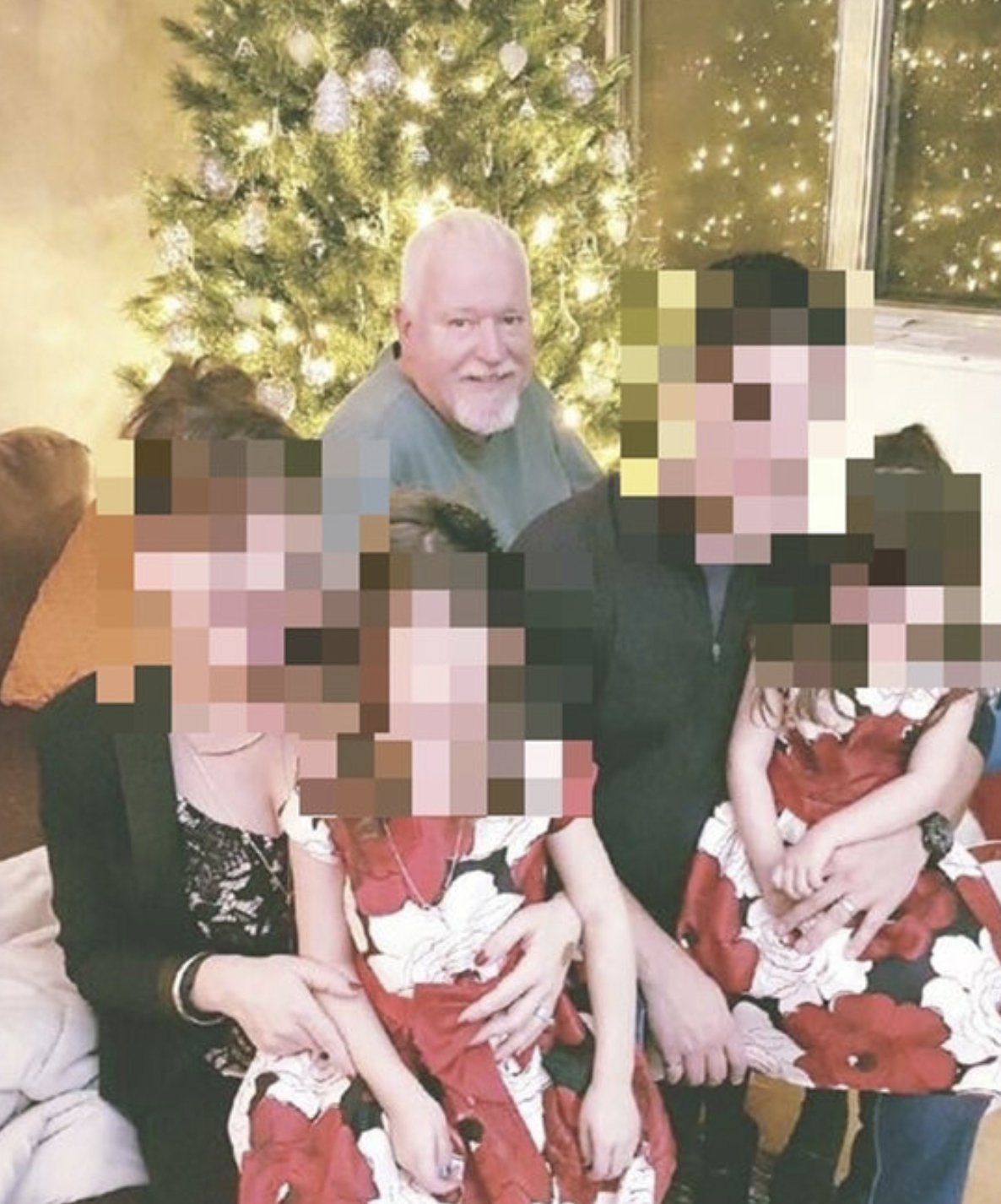 Fraser said she also remembered meeting another of McArthur's victims, Majeed Kayhan, 58, a married Afghan immigrant who vanished in October 2012.

Kayhan was said to have led two separate lives – one with his family, and one in the Village where he kept an apartment.

His adult son reported him missing in the autumn of 2012 after he didn't return his calls for several days on end.

Fraser encountered Kayhan while he was working as a landscaper helper for McArthur shortly before he disappeared.

"I felt really sorry for him," she told Fox. "He was trying to work but he was poorly dressed. My impression was that he never touched a shovel before in his life.

"He clearly didn’t want to do it. I remember Bruce was just annoyed with him. About three weeks later, I emailed Bruce and asked if he kept his job. I never got a response."

Several years later, Kayhan's remains would be found "about five feet from where I had seen him leaning on the shovel," Fraser said.

The discovery of the body parts was incredibly haunting for Fraser, she said.

"On a hot day, if we saw the flowers drooping a bit, my partner and I would water them," she told Fox.

"So we were watering the planters where the victims were buried. I can’t give you words to describe how incredibly horrible that was. And cruel. It’s just every negative word you can come up with. Sometimes your mind just gets overwhelmed by it all." 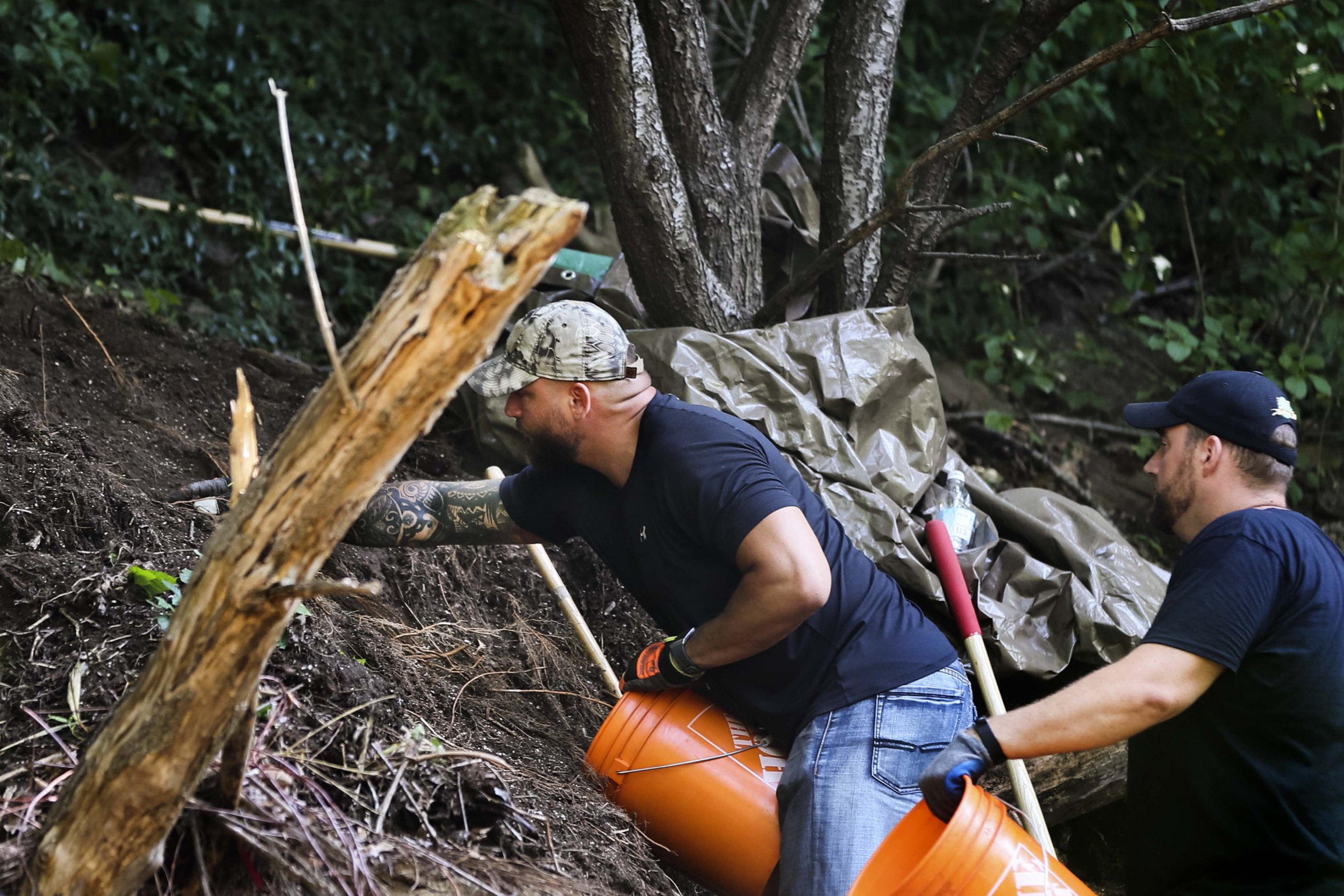 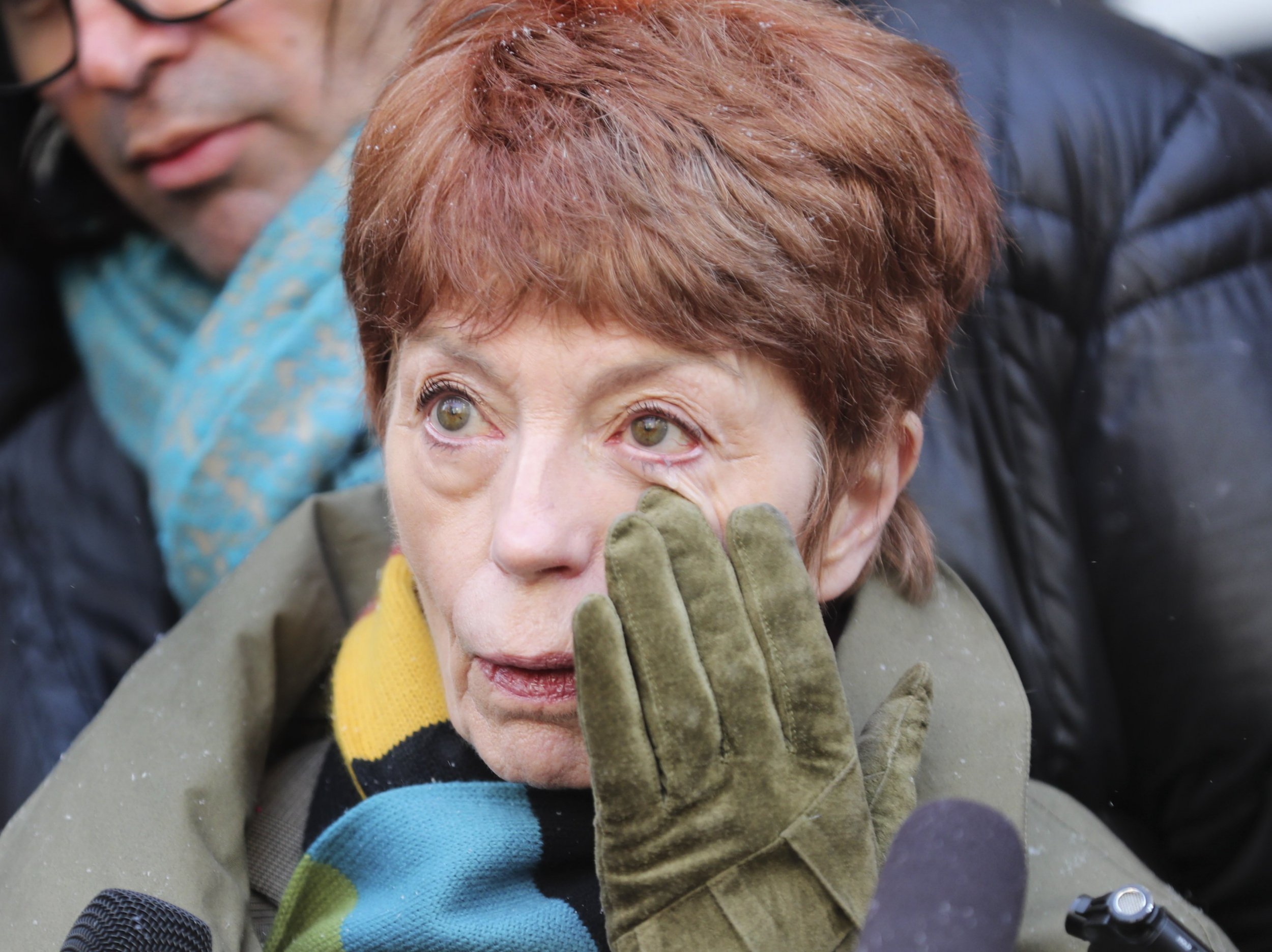 McArthur first landed on the police's radar in June 2016, after a man called 911 to report him for attacking and trying to strangle him during a sexual encounter.

The landscaper – who had previously attacked a sex worker with a pipe in 2001 and was convicted of assault – went to the police station and voluntarily turned himself in.

McArthur claimed the incident was a misunderstanding and the charges were later dropped.

But after Andrew Kinsman, a 49-year-old LGBTQ activist and bartender, disappeared in 2017, Mcarthur fell subject to an investigation again.

While searching Kinsman's home, the name "Bruce" was spotted on a calendar for the date June 26.

After viewing surveillance footage, they spotted a suspicious-looking van in the parking lot, which was later traced back to McArthur.

After the van was seized, they discovered traces of Kinsman's blood inside. 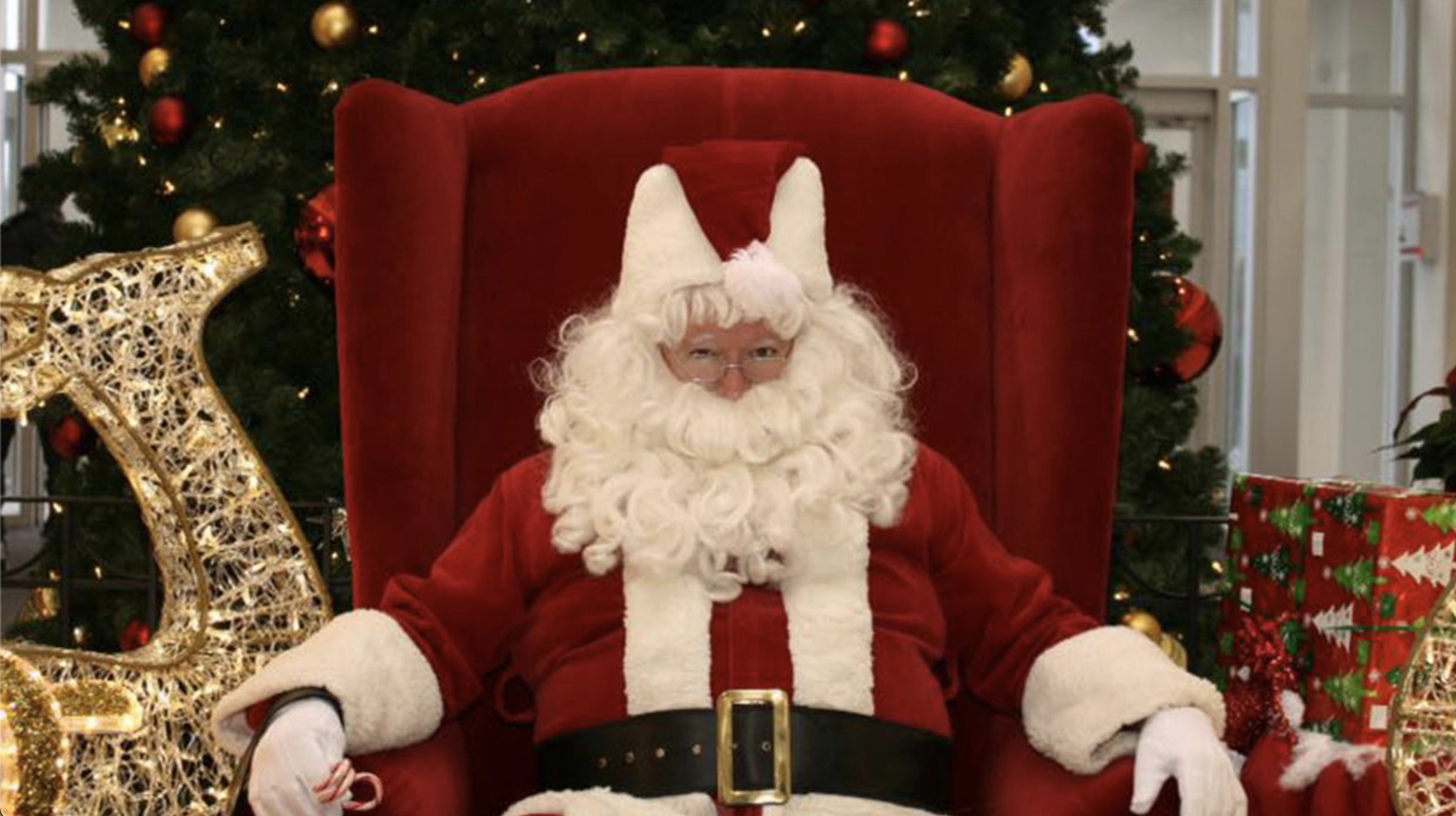 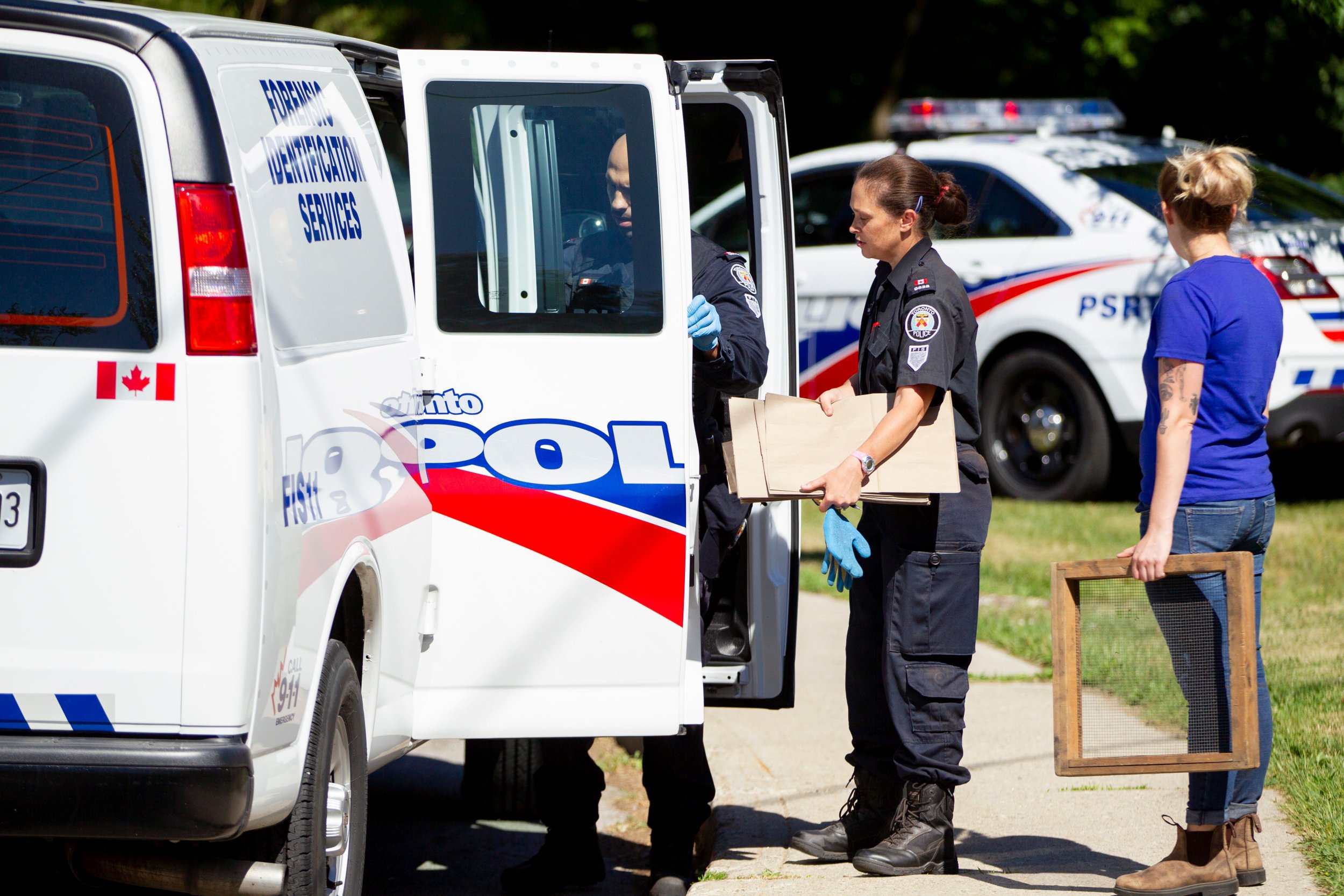 McArthur was then placed under police surveillance while they gathered more evidence.

After watching him walk into his apartment building with a Middle Eastern man on January 18, 2018, they decided to rush inside – believing the man's life was at risk.

Inside, police found the man chained to a bed with a bag over his head, and his mouth taped shut. Investigators said they believed they interrupted McArthur from claiming his ninth victim.

McArthur was arrested and his apartment was searched.

There, investigators found more disturbing evidence, including images of the eight missing men dressed up – one wearing a fur coat, another with a cigar in his mouth – which police say McArthur had been keeping as trophies.

McArthur pleaded guilty to eight counts of first-degree murder in 2019.

Most of the victims were of Middle Eastern or South Asian descent and lived on the margins of Canadian society.

All of the killings involved sexual assault or forcible confinement, prosecutors said. Several of the victims were strangled to death.

McArthur was sentenced to life in prison and will not be eligible for parole until he's 91.